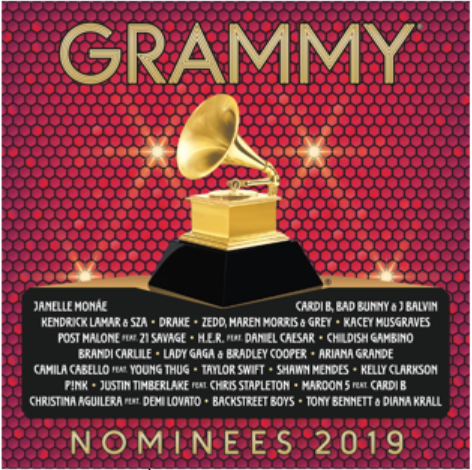 The Recording Academy™'s GRAMMY Recordings® and Republic Records announce the release of the 2019 GRAMMY® Nominees album—which is now available in stores and via all digital retailers.

A portion of album proceeds will benefit the year-round work of the GRAMMY Museum® and MusiCares®—two charitable organizations founded by the Recording Academy that focus on music education programs and critical assistance for music people in need.

The 61st Annual GRAMMY Awards® telecast will be held on Sunday, Feb. 10 at STAPLES Center in Los Angeles, and will be broadcast live on the CBS Television Network at 8 p.m. ET/5 p.m. PT.