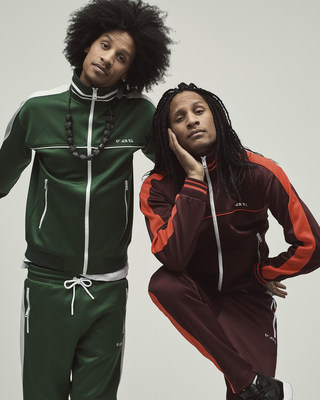 Diesel Parfums has tapped Les Twins as faces for the new fragrance for men, Diesel Only The Brave Street.

New Style Hip Hop dancers Larry and Laurent Bourgeois hail from Sarcelles, a Paris suburb. From street kids to street icons, they have created their own style. They were the main characters in the Michael Jackson Immortal Tour by the Cirque du Soleil in 2011. They have toured several times with Beyoncé, including during her Coachella performance in 2018. Les Twins also won the first World of Dance TV competition in 2017, despite Laurent's getting injured during the semi-finals. They are brave role models for a new generation.

"As New Style hip-hop dancers, we represent street culture," they say. "But our art is more than just dance. When we dance, we go beyond our limits to become the best. The street taught us to be good with others, but hard on ourselves."

Diesel's new fragrance for men is a fresh take on what it means to be brave: to start from scratch, to dare, to dream, and to keep on going. To express yourself without limits. The street forges you to become who you want to be. To be a proud individual, while at the same time being part of a larger tribe. To see life from all possible perspectives.

Diesel Only The Brave Street will soon be available.