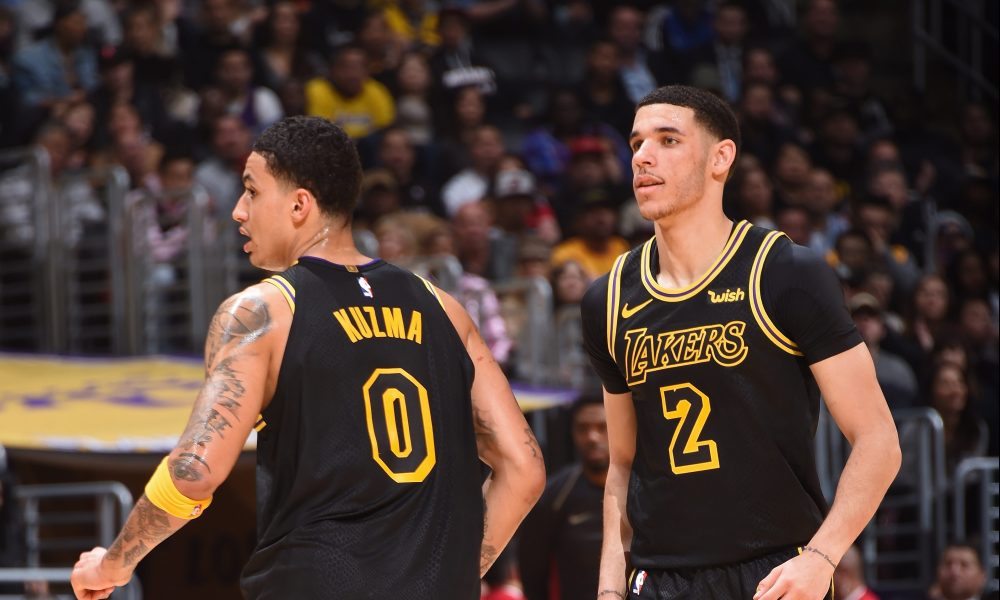 Los Angeles Lakers forward Kyle Kuzma has been named to the NBA’s All-Rookie First Team while guard Lonzo Ball was named as an All-Rookie Second Team selection, it was announced today. This is the fourth consecutive season that at least one Lakers player has been honored with an All-Rookie selection and Kuzma is the 12th player in team history to be awarded First Team accolades.

Kuzma, the 27th pick in the 2017 NBA Draft, was named Kia NBA Western Conference Rookie of the Month for games played in October and November after averaging a team-leading 16.7 points, 6.1 rebounds and 1.6 assists while shooting 50.4 percent in the first 20 games of his career. He continued his strong play throughout the season, hitting more three-pointers than any rookie in franchise history (159) while becoming the first Lakers rookie to score 25+ points in three straight games since Jerry West in 1960-61

Ball, the second overall selection in last year’s draft, played in 52 games (50 starts) in 2017-18, averaging 10.2 points, 6.9 rebounds, 7.2 assists and 1.7 steals in 34.2 minutes per game. He finished the season tied for first among rookies in steals, also ranking second in assists and fourth in rebounds.

The Chino Hills, CA, native finished the season with 13 double-doubles and two triple-doubles, tying LeBron James as the youngest player in NBA history to record multiple triple-double games, and – along with Kuzma and Brandon Ingram – was one of 10 American rookie and sophomore players selected by the league’s assistant coaches to participate in the Mtn Dew Kickstart Rising Stars Game at NBA All-Star 2018.

Sports
The 2018 NBA Finals Are Set: The Warriors vs. The Cavaliers