Emerging artist Ruel debuted the official video for his soulful self-penned single “Don’t Tell Me." “Don’t Tell Me” comes as a deluxe package featuring an acoustic version and exclusive remixes from Jarami, Jerry Folk and IAMNOBODI, along with the original, available now on all digital platforms worldwide.

Thievery Corporation announce the release of Treasures from the Temple, a companion LP to the band’s chart-topping 2017 album, Temple of I & I. The 12-track compendium includes a collection of original recordings and remixes from the band’s Temple sessions at Geejam Studios in Port Antonio, Jamaica with vocal appearances by LouLou Ghelichkhani, Mr. Lif, Sitali, Racquel Jones, Natalia Clavier and Notch.

Vanessa Carlton unveils the second of six cover songs that she plans to release over the coming months with a cover of Fleetwood Mac's "Dreams," which she premiered on Fuse. PRESS HERE to listen and to purchase. 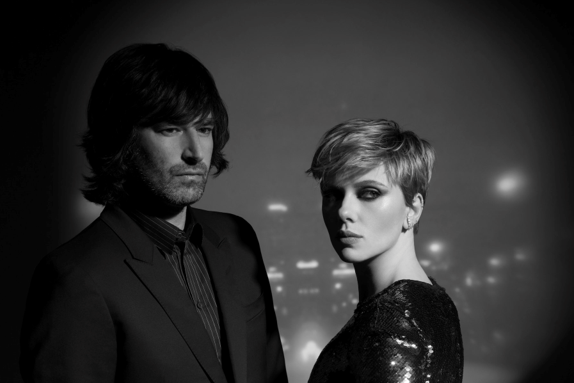 Erika Wennerstrom shares her breathtakingly powerful video for "Extraordinary Love" via TIDAL, who calls it a "fittingly and gorgeously trippy video."

In other music news...

Members can watch the video on TIDAL.com/DamianMarley and you can embed to your site using the code here: http://tdl.sh/medicationremix

Non-members can access a free 90-day trial to TIDAL on TIDAL.com/DamianMarley

Previously, the TIDAL artist-owner collaborated with the platform to debut the visuals for “Living It Up,” “Speak Life,” “Stony Hill to Addis” Documentary, “Medication,” “Nail Pon Cross,” and TIDAL X: High Times, a 4/20 celebration as well as performed during TIDAL’s annual charity concert in 2016, TIDAL X: 1020.

Today sees London’s most unapologetic and compelling popstar GIRLI release the acoustic version of her latest single “Play It Cool”, out on PMR/Virgin EMI. Listen to GIRLI’s stripped back version HERE. The video for the track was released last month and has hit nearly 90,000 views – check it out HERE.

Sting and Shaggy’s new, island-inspired collaborative album 44/876 is available now at all retailers and digital platforms on A&M/Interscope Records (see below for album tracklistings & configurations).

In creating 44/876, Sting and Shaggy drew from the many surprising connections at the heart of their music. With its title referencing their home country codes, 44/876 first and foremost honors the duo’s love for Jamaica: Shaggy’s homeland, and the place where Sting penned such classics as The Police’s “Every Breath You Take.”

Furthering each artist’s exploration of reggae and its transcendent rhythms, the lead single “Don’t Make Me Wait” - which debuted at #1 on Billboard’s digital reggae singles chart - came to life after the musicians were introduced by Martin Kierszenbaum (Sting’s manager, Chairman of The Cherrytree Music Company and Shaggy’s former A&R executive). The correlating music video (https://bit.ly/2FRa7Ay), directed by Gil Green, was filmed in Kingston, Jamaica and has garnered over 8.5 million views on YouTube.