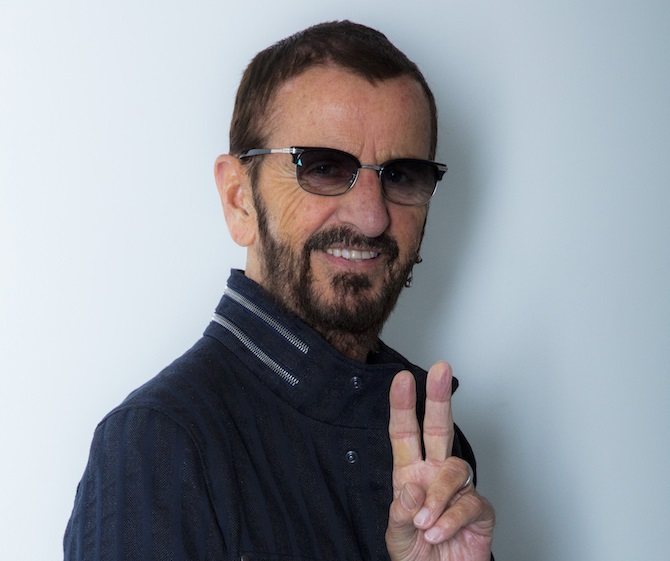 On July 7, 2008, RINGO STARR joined fans, friends and family on the streets in front of Hard Rock Cafe Chicago to celebrate his birthday with a simple call to action: Inviting everyone everywhere to say, post #peaceandlove or even think “Peace & Love” at noon, their local time. Ten years later, Ringo’s dream of generating a wave of Peace & Love that spans the planet on July 7 starting at noon in New Zealand and ending at noon in Hawaii continues to unfold.  Last year saw fans in over 23 countries join the movement – from New Zealand to Antarctica, Latin America to Asia, Hawaii and more.

Today the recently knighted Sir Ringo Starr announced that this year he will return to Hard Rock Cafe, celebrating his birthday and joining fans in Nice France, where Ringo will be while on tour with his All Starr Band (tour dates below). In keeping with the international support the event has seen, Hard Rock Cafe will play a video message from Ringo in restaurants around the world just before Noon, inviting patrons and fans to join Ringo and generate "Peace & Love" (details for which will be listed on Ringo’s Facebook page under “Events” - and listed below - for fans around the world who want to gather).

In addition to Hard Rock, this year’s event is being sponsored by The David Lynch Foundation, which promotes world peace every day by teaching meditation to at risk people all over the planet.

“I can’t think of a better way to celebrate my birthday, or a better gift I could ask for, then Peace & Love. I was blown away last year with how far this idea keeps spreading – we started in New Zealand, had people sending Peace & Love from Antarctica, Japan, Costa Rica, India, Russia, Brazil, Europe, London, Liverpool and Hawaii. It was so far out. So here we are 10 years later and it keeps growing. I want to thank Capitol who have hosted us the last 4 years, Hard Rock, the David Lynch Foundation and everyone for continuing to help spread Peace & Love, Ringo.”

In a fitting tribute to the Peace & Love movement, today Ringo is also releasing his video for “Give More Love” (the title song from his most recent, 2017 release, GIVE MORE LOVE, via UMe). Directed by Brent Carpenter, the video includes photos from fans depicting peace, love and kindness, selected from those submitted in a GIVE MORE LOVE contest.

Ringo and His All Starr Band Tour Dates: