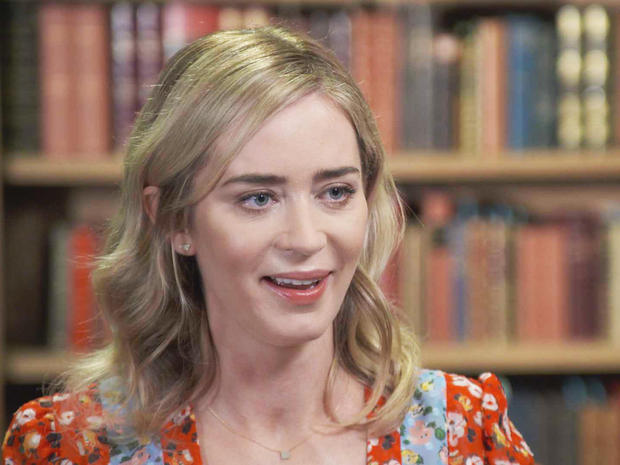 Award-winning actor Emily Blunt, who is already earning praise for her work in “Mary Poppins Returns,” says she’s up for doing a sequel, in an interview with Anthony Mason for CBS SUNDAY MORNING to be broadcast Sunday, Dec. 16 (9:00 AM, ET/PT) on CBS.

Blunt tells Mason she views her character, Mary Poppins, as a “superhero.”

“If Mary Poppins is a superhero, most superheroes have sequels,”  Mason tells Blunt, asking if she’d like to do a sequel.

Blunt talks with Mason about the new film, how she hadn’t seen the original film since she was a child and why she chose not to see it again before starting the new project. She also discusses her childhood struggle with stuttering and the person who changed the way she viewed her stuttering challenges.

Mason also talks with director Rob Marshall about bringing the film to theaters.

Television
Cardi B Tells All On 'CBS Sunday Morning'