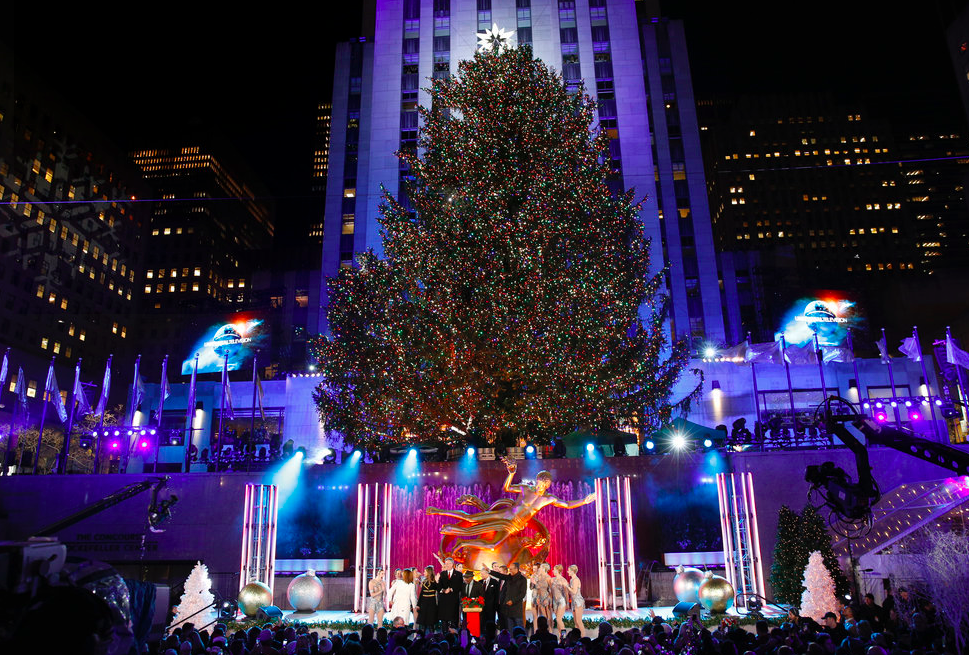 Prior to the primetime telecast, an additional live hour of the special will be broadcast on select NBC stations (7-8 p.m. ET) and be co-hosted by “Extra’s” Mario Lopez and WNBC’s Stefan Holt and Natalie Pasquarella. Check local listings.

The tradition of the Rockefeller Christmas tree dates back to the Great Depression. First erected in 1931, the inaugural tree was decked with 700 lights and placed in front of the then eight-month-old RCA Building (the current Comcast Building). The Christmas tree gathering was enhanced in 1936 with the opening of the Rockefeller Plaza outdoor ice-skating pond. NBC-TV televised the tree lighting for the first time in 1951 on “The Kate Smith Show” and as part of the nationwide “Howdy Doody” television show from 1953-55

The 86th annual holiday special will celebrate the lighting of a 72-foot tall, 45-foot wide Norway Spruce from Wallkill, N.Y. The tree weighs approximately 12 tons and is approximately 75 years old.

It will be adorned with more than 50,000 multi-colored LEDs on approximately five miles of wire and topped with a new Swarovski star designed by architect Daniel Libeskind. The new three-dimensional star is 9 feet 4 inches in diameter, weighs approximately 900 pounds and features 70 spikes covered in 3 million Swarovski crystals.

NBCUniversal is celebrating the 10th anniversary of our partnership with the Arbor Day Foundation, kicking off with “Christmas in Rockefeller Center®.” As part of the company’s Green is Universal initiative, the campaign will support tree-planting efforts to promote recovery in disaster-stricken areas. NBCUniversal’s $50,000 donation will restore tree canopies across the United States that have been destroyed by recent wildfires and hurricanes. The more than 100,000 trees planted since the partnership’s inception have helped to rebuild forests and communities, as well as provide beautification, cleaner air and water, and restoration of natural habitat.