US Open Highlights: Rafael Nadal & Sloane Stephens Are The Champions 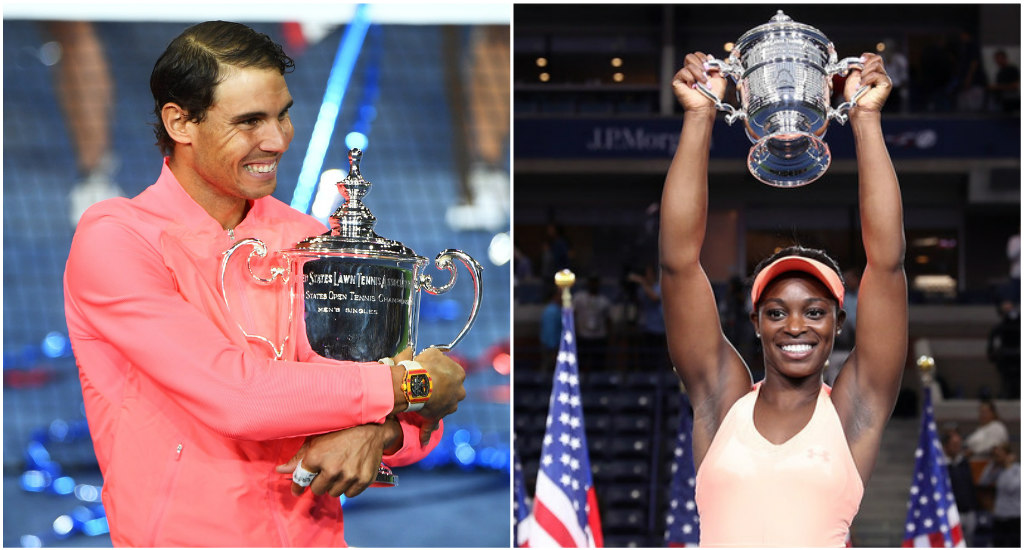 Tennis champions, both seasoned and rookies, rose to the top of their game at the 2017 US Open in New York.

Nadal had a 6-3, 6-3, 6-4 win over South African player Kevin Anderson. This marks Nadal's second Grand Slam title of the season.

Sloane Stephens saw quite the miracle as she was in a wheelchair earlier this year after recovering from foot surgery. The operation cost her 11 months off tour. Despite the surgery, the 24 year-old player defeated Madison Keys, 6-3, 6-0, in just one hour on Saturday.

"It's incredible," Stephens said. "I had surgery Jan. 23. If someone had told me then that I would win the US Open, 'It's impossible,' I would say. This journey has been incredible, and honestly I wouldn't change it for the world."

Replay and watch the matches HERE.