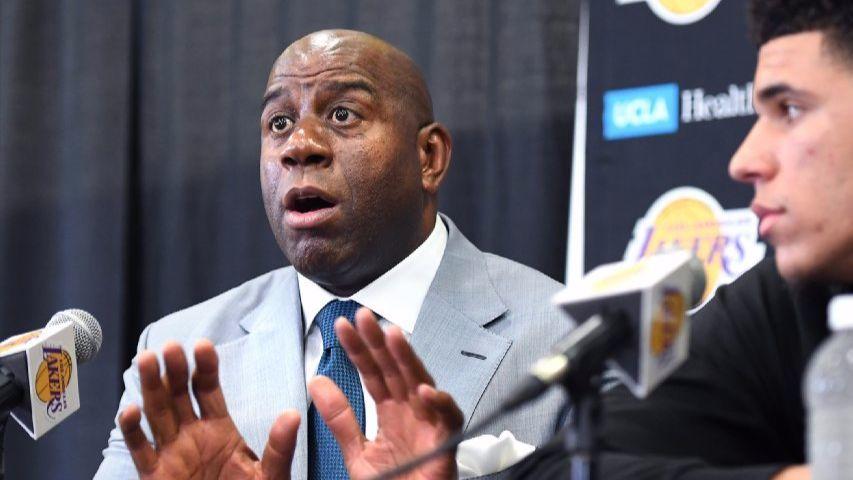 In one of the most bizarre rulings in league history, the NBA levied a whopping $500,000.00 fine against the Los Angeles Lakers for tampering with the then Indiana Pacers Paul George. The fine was the largest the NBA has ever handed down for tampering, but the league could have enacted harsher penalties, including taking away draft picks or even barring George from signing with the Lakers in free agency.

Since the Lakers were hit with the massive fine, president of basketball operations Magic Johnson says, he has given the matter little thought except for one thing: He doesn’t want his close friend and boss, Jeanie Buss, to bear the burden of the fine. “We can’t say a lot but we will correct the situation,” Johnson said Monday. “It’s under my watch. I apologize to Jeanie, and that was the main thing. I told her she could take it out of my salary because I don’t want the Lakers to be paying that fine. … I don’t want her spending $500,000.00 because she didn’t do anything. That’s on me.”

Los Angeles Lakers General Manager Rob Pelinka and the team’s outside counsel, Adam Streisand of Sheppard Mullin Richter & Hampton LLP, have issued the following statements regarding the NBA’s tampering investigation: Rob Pelinka: “We respect and accept the NBA’s decision regarding this matter. On behalf of the Los Angeles Lakers, I want to express our regret over this unfortunate incident to both our fans and the NBA.”

Adam Streisand: “The Lakers organization is pleased that this thorough investigation has been brought to a close – and we can assure the fans that the Lakers will be hyper-vigilant going forward to make sure this is never an issue again.”