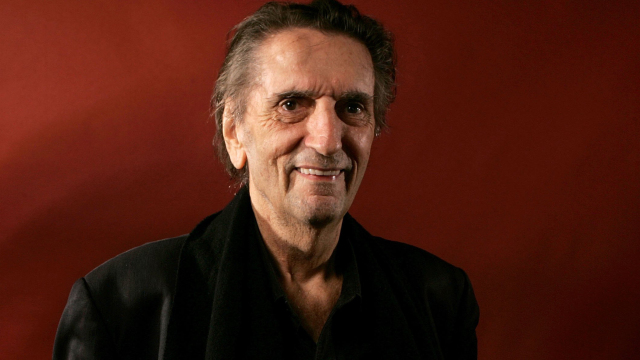 A character actor who often played haggard men, Stanton got his start in the early 1980s with the lead role in "Paris, Texas," which won a number of awards, including the Palme d'Or at the Cannes Film Festival.
Stanton was best known for his roles in "Repo Man," David Lynch's movies, HBO's "Big Love" and the "Twin Peaks TV series.
With endless credits, he was also seen in "Pretty In Pink," "Gunsmoke," "Cool Hand Luke," "Alien," "The Green Mile" and beyond.
David Lynch said in a statement via Showtime, "The great Harry Dean Stanton has left us. There went a great one. There's nobody like Harry Dean. Everyone loved him. And with good reason. He was a great actor (actually beyond great) - and a great human being - so great to be around him!!! You are really going to be missed Harry Dean!!! Loads of love to wherever you are now!!!"
Many actors and filmmakers expressed their loving thoughts towards Stanton via twitter, including James Woods who said, Saw this and I just jumped up out of my chair. I am devastated. I loved Harry Dean. Loved him. So much. OMG. #RIPHarryDeanStanton