Multi-Platinum artists Alison Krauss & David Gray will be touring together throughout the United States this fall. 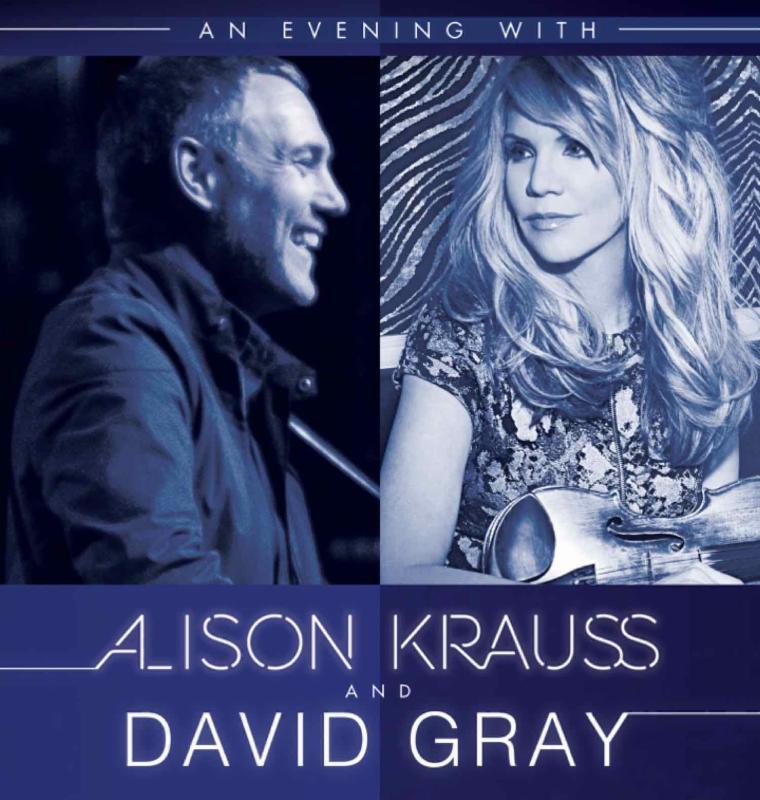 The 21 city, co-headlining tour kicks off on September 18 in Hershey, Pennsylvania, and finishes up in Berkeley, California on October 19, including concerts at Radio City Music Hall in New York City (September 19), the Greek Theatre in Los Angeles (October 17), and two nights at the Ryman Auditorium in Nashville (October 1-2). Ticketing information can be found at www.alisonkrauss.com and www.davidgray.com.

September 20 - The Mann Center for the Performing Arts - Philadelphia, PA