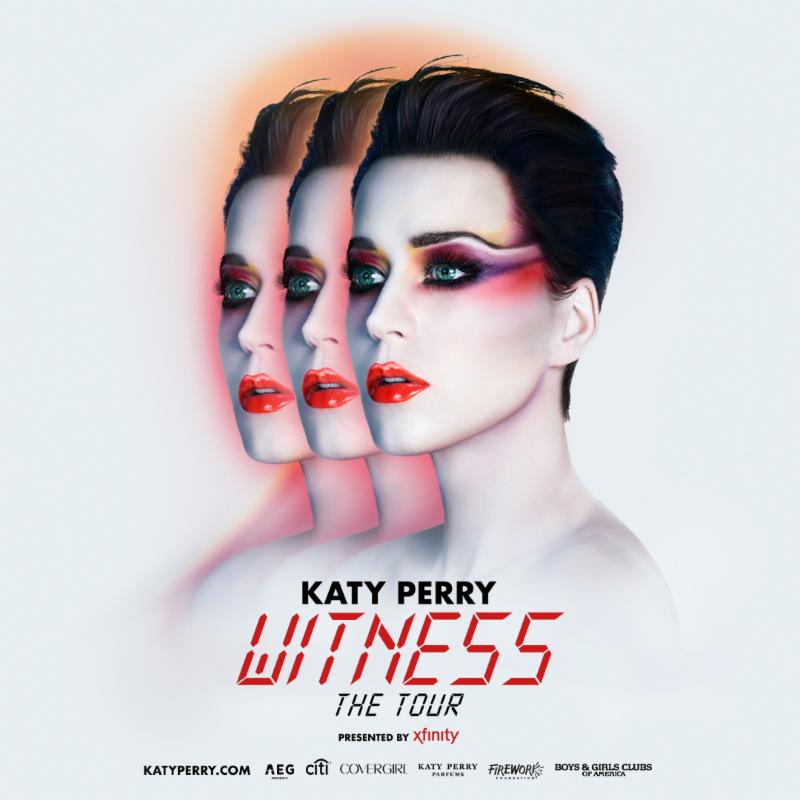 Each ticket purchase for WITNESS: The Tour also includes a copy of her album, Witness.

The North American leg of WITNESS: The Tour, produced by AEG Presents, will kick off on September 7 at Schottenstein Center in Columbus, OH. The run will include two New York City shows - October 2 at Madison Square Garden and October 11 at Barclays Center - plus an evening at STAPLES Center in Los Angeles on November 7 and a December 20 concert at American Airlines Arena in Miami. The tour will resume on January 5, 2018 at Smoothie King Center in New Orleans.

Tickets for the U.S. dates go on sale to the general public on Monday May 22, at 10 AM with the Canadian dates on sale May 26. All U.S. concerts on WITNESS: The Tour are presented by Xfinity. Additional sponsors are Citi, COVERGIRL and KATY PERRY PARFUMS. See below for itinerary or visit http://katyperry.com. Additional international tour dates will be announced in the coming weeks.

FYI
Sears To Close Another 72 Locations, Including K-Mart