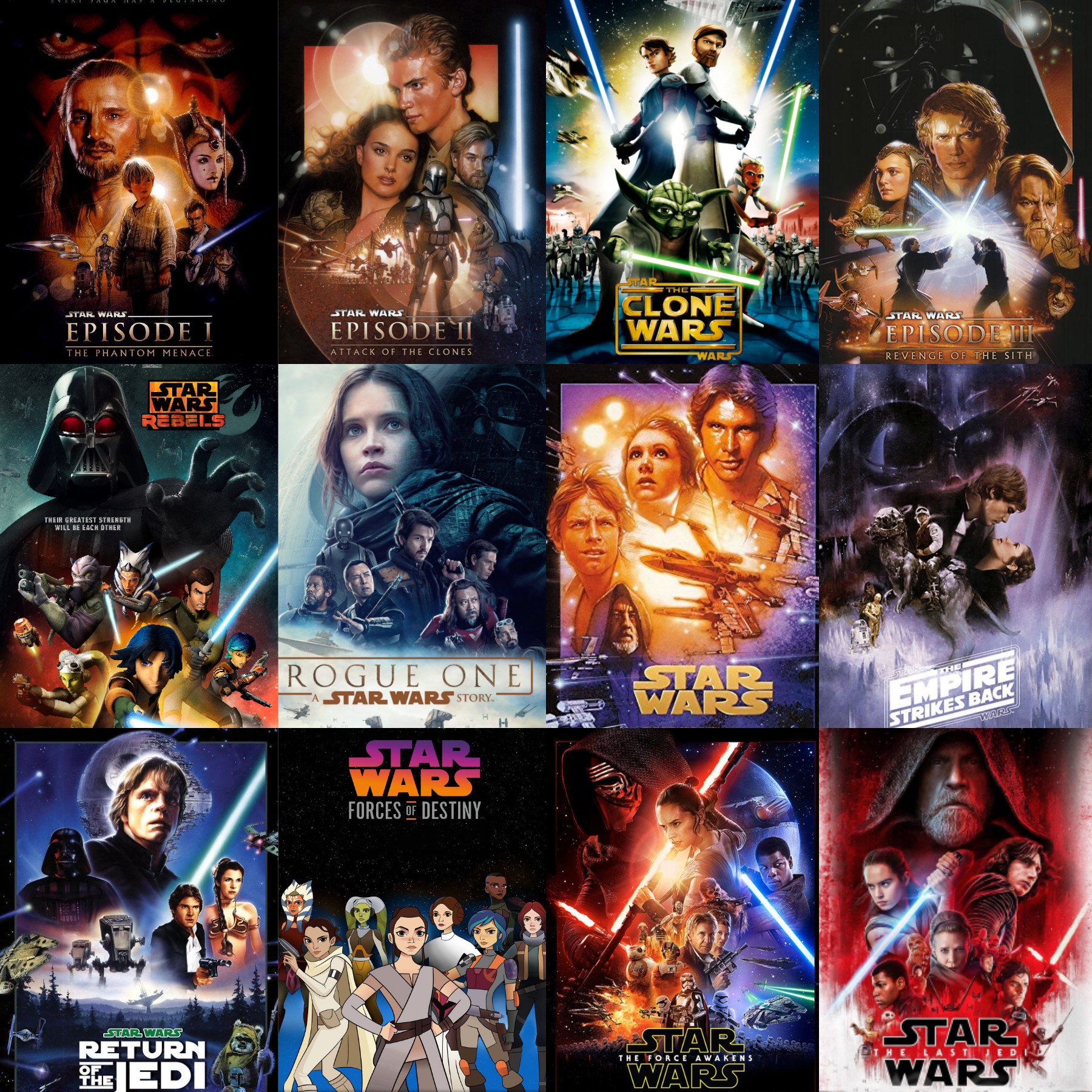 "Star Wars: The Last Jedi" is now in theaters and fans can now breakdown their campgrounds outside of theaters throughout the nation.

Inspired by the release of the new addition to the Star Wars franchise, TotallyMoney has recently created an infographic breaking down some of the top fan favourite film franchises of all time, highlighting metrics such as IMBD ratings and Box Office Opening Weekend profits.

Turns out, on average, the 8th film in the franchise was found to be the most popular at Box Office should the franchise make it that far. This is the case for Harry Potter, Star Trek and Star Wars. The 1977 "Star Wars: A New Hope" ranks #1 for the space franchise.

The most successful Star Wars film grossed $256M in the Opening Weekend, its rival franchise Star Trek only grossed $46M.

The majority of Star Wars films ranked evenly in terms of Rotten Tomatoes and IMBD ratings, however Star Wars: The Clone Wars was rated poorly by critics (18%), yet persevered with the public (5.9/10).

In terms of specific films and their popularity, and taking into account the user scores on IMDb and the critics on Rotten Tomatoes, these were the top results:

1.     Indiana Jones – the general public on IMDb rate Harry Potter and Indiana Jones equally – a rating of 7.65/10 on average – but critics on Rotten Tomatoes put the Harrison Ford classic up over the wizarding world by 1.37%, making it the most popular series of all time.

2.     Harry Potter – having had the 20th anniversary of the first book's publication this year, Harry Potter is now a venerable name in the film industry. The series earned an average rating of 84.63% Rotten Tomatoes, with its highest-rated film being the Deathly Hallows Part 2 at 96%.

3.     The Hunger Games – despite IMDb users marking it as peaking on the second film and going downhill from there, The Hunger Games took an average of effectively 7.38/10 (if the Rotten Tomatoes score is converted to a figure out of ten). In earnings, however, the average opening weekend for each film was the highest in the research, and over $13 million higher than the next most successful, Jurassic Park.

4.     Mission Impossible – defying a traditional belief that a sequel is never better than the original, Mission Impossible hit its top scores on the fourth and fifth films – Ghost Protocol and Rogue Nation – with the former reaching 94% on Rotten Tomatoes, a higher score than 95% of the films included in the research.

5.     The Bourne Films – viewers weren't keen on ditching Matt Damon in the Bourne Legacy, which scored only 56% on Rotten Tomatoes compared to 93% on the previous iteration in the series. But even bringing him back didn't win any points: it scored even lower on Rotten Tomatoes and reached the same score as Legacy on IMDb, a disappointing 6.7.