You Can Smell Like Anything You Want With Demeter Fragrance Library 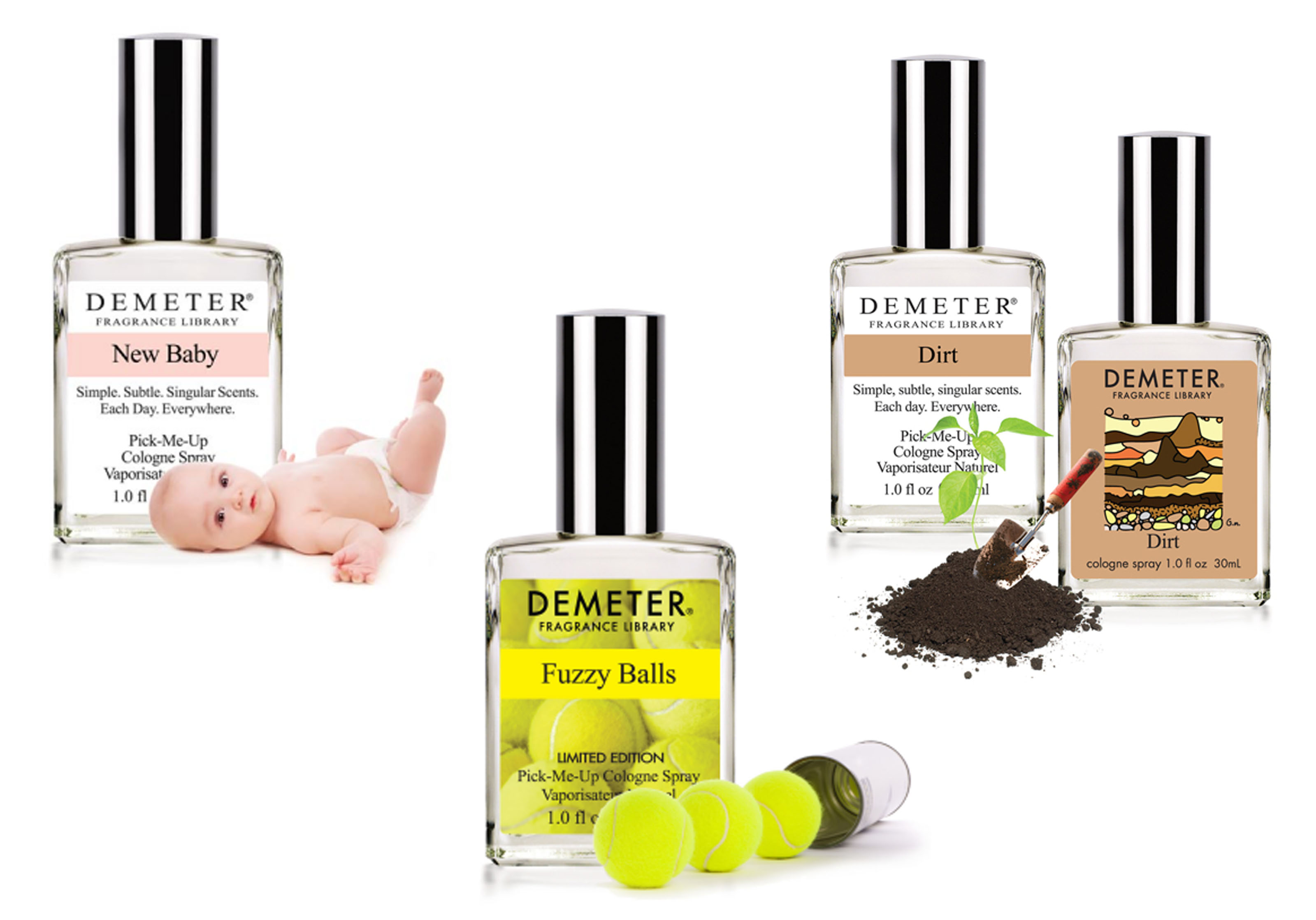 Especially for the foodies, Demeter Fragrance Library is a dream come true.

Inspired by the Greek Goddess of Agriculture, Demeter was created in 1996, with a unique perspective on fragrance. The idea was to capture the beautiful smells of the garden and nature in wearable form. And now, you can smell like anything, from fresh tennis balls to pizza, yes... pizza.

The first three fragrances were Dirt, Grass and Tomato, and were sold in a few stores in NYC. They did so well that the company expanded to Baby Powder and Pure Soap to Gin & Tonic, Play-Doh and Vanilla Cake Batter. Not only can you buy Demeter fragrances from Apple Blossom to Zombie, but you can buy them from New York to Beijing, and from Moscow to London.

Not bad… It may not be for everyone but it is fun and worth a try. Here are a few that you can work either by itself or mix and match together. 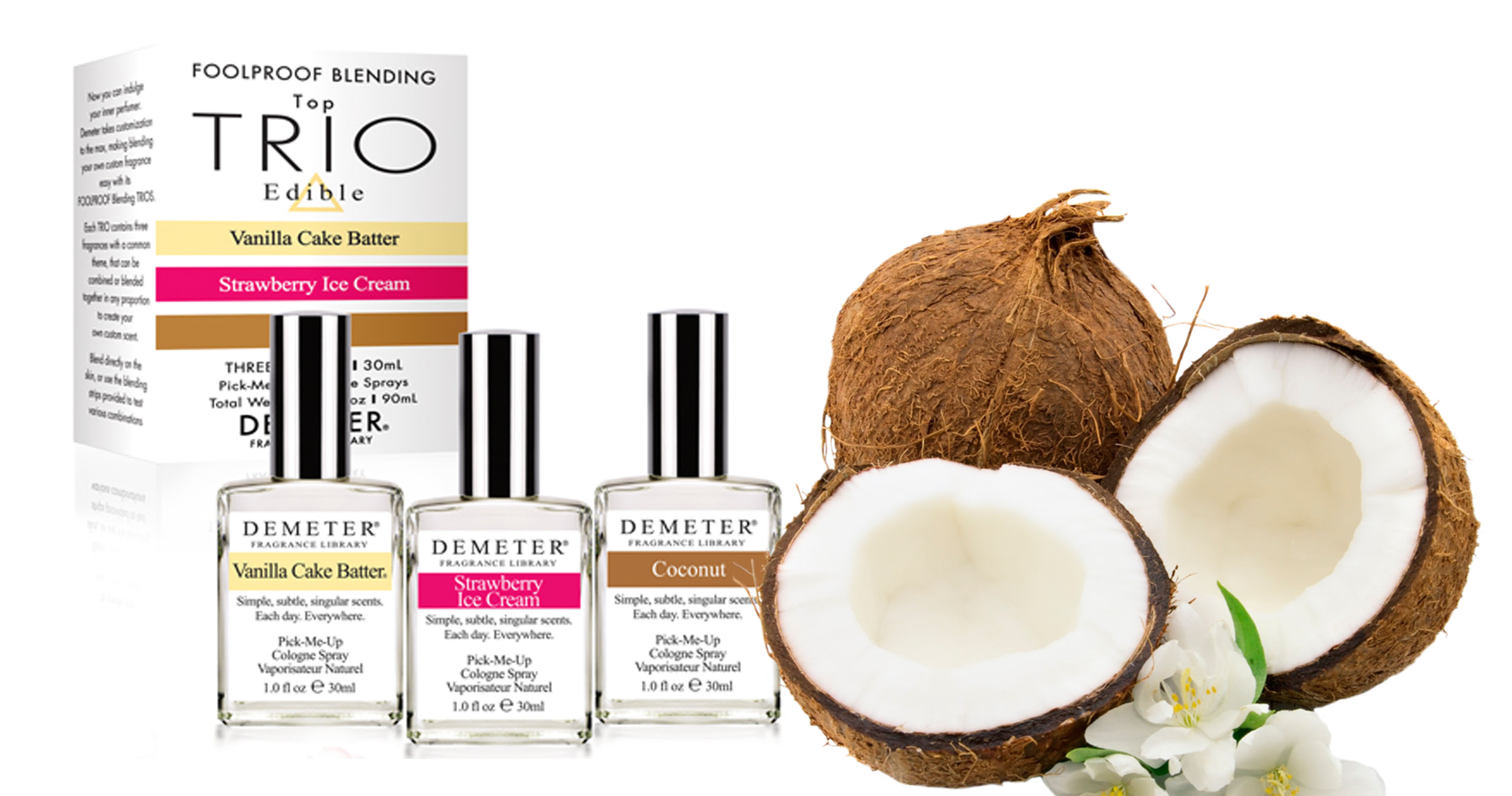 You know that indescribable smell you experience (along with the "Whoosh") when you open a new can of tennis balls?  Well, this is that smell.

Three scents you can blend: Vanilla Cake Batter, Strawberry Ice Cream, Coconut. This Foolproof Blending Set contains some of our very best gourmands, each chosen to complement each other.

Demeter Fragrances gives us a bit of history to go along with each scent description.

What could be better than Strawberry Ice Cream and sweet cream? In 1744, a group of Virginia commissioners, who were on their way to negotiate a treaty with the Iroquois nation, stopped at the home of Maryland's Colonial Governor, Thomas Bladen governor of Maryland and were served some ice cream made from milk and strawberries. One of the guests, William Black of Virginia wrote about its virtues. Today we can wear the gorgeous scent of Strawberry Ice Cream. 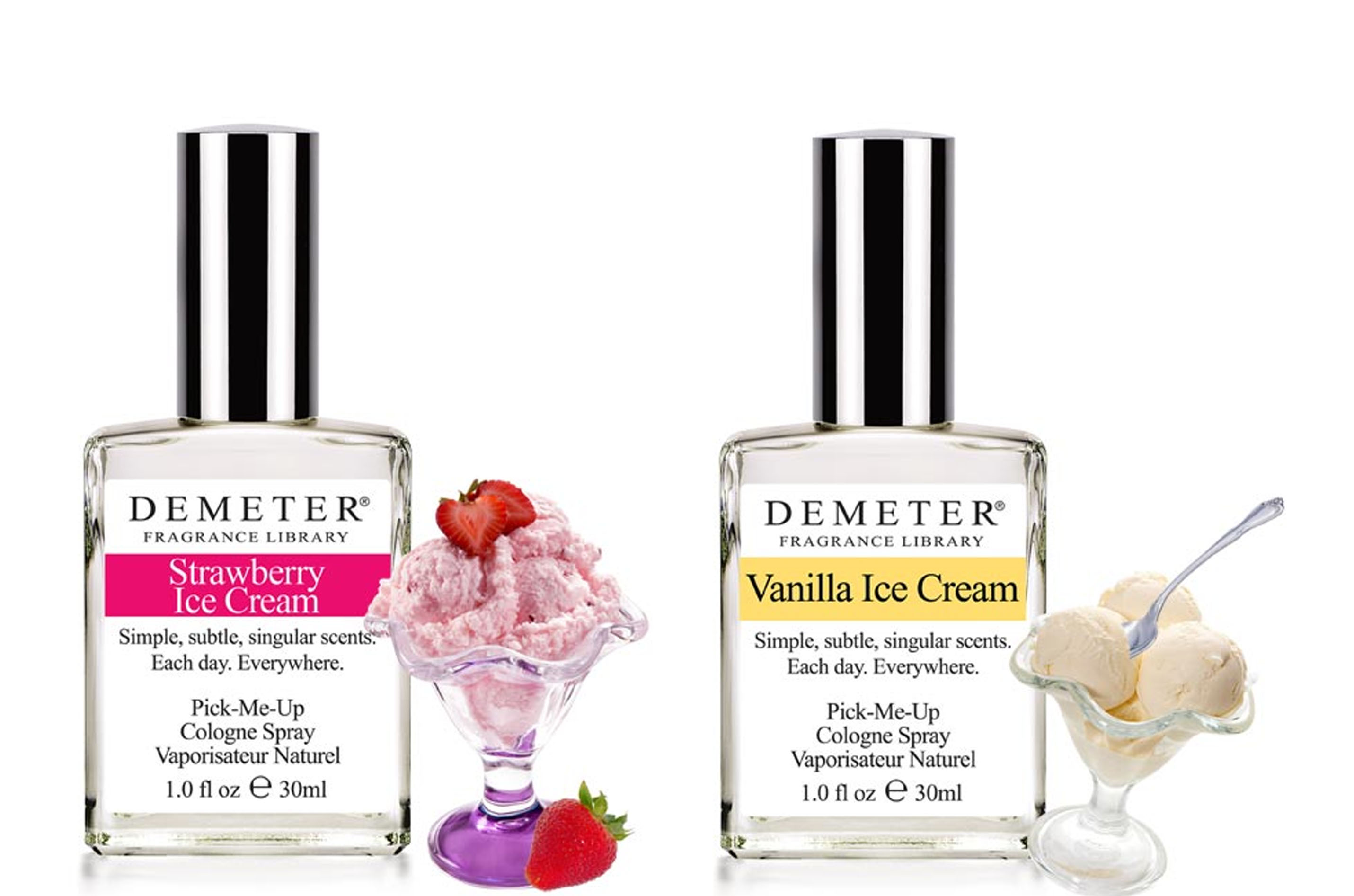 It took hundreds of years, between the invention of ice cream as we know it, and ice cream as a wearable fragrance. Demeter's Vanilla Ice Cream is sinfully rich and delicious like the summer's day that inspired it. We know that Alexander the Great enjoyed snow and ice flavored with honey and nectar. During the Roman Empire, Nero Claudius Caesar (A.D. 54-86) frequently sent runners into the mountains for snow, which was then flavored with fruits and juices. Over a thousand years later, Marco Polo returned to Italy from the Far East with a recipe that closely resembled what is now called sherbet. Historians estimate that this recipe evolved into ice cream sometime in the 16th century. The first official account of ice cream in the New World comes from a letter written in 1744 by a guest of Maryland Governor William Bladen.

L. A. Glam
2016 Pre-Holiday Fragrance Spotlight: From Dior To Viktor&Rolf

Film
What Was Thor Doing During Captain America's Civil War?