63rd Sydney Film Festival: Everything You Need To Know 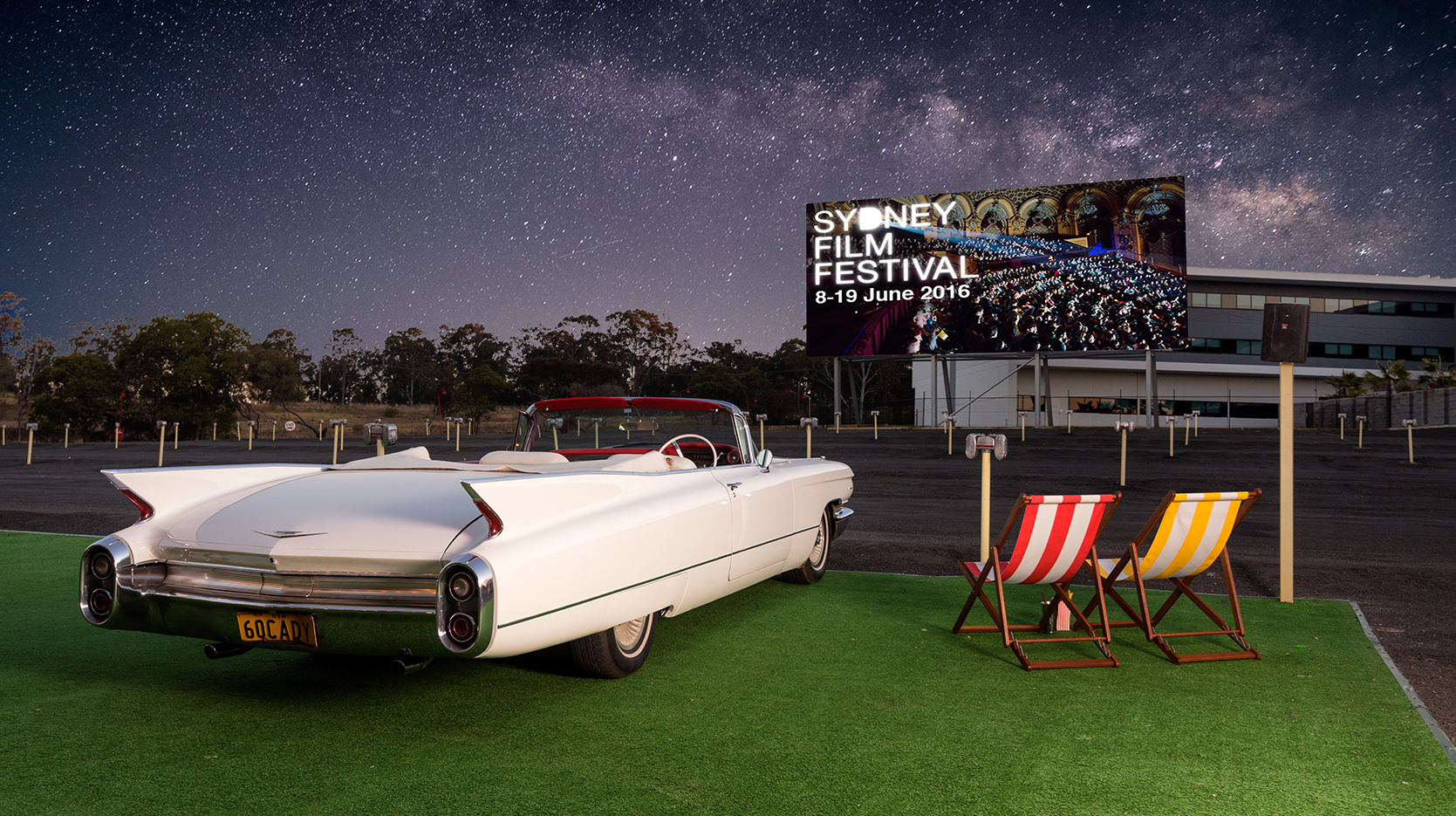 The 63rd Sydney Film Festival program has been revealed!

“Sydney Film Festival has gone from strength to strength in recent years, with attendances increasing by over 59% to 176,000, since 2011,” said Sydney Film Festival Director Nashen Moodley.  “In 2016 the Festival will present 244 films from 60 countries including 25 World Premieres, representing hundreds of fresh perspectives and new stories from across Australia and around the world.”

Eight Australian documentaries will have their world premieres at the Festival, including six documentaries competing for the Documentary Australia Foundation Award for Australian Documentary:  Baxter and Me, Constance on the Edge, Destination Arnold, Embrace, On Richard's Side and The Baulkham Hills African Ladies Troupe. Two will screen in the International Documentaries program:  Suzy & the Simple Manand Winter at Westbeth.

LEXUS AUSTRALIA SHORT FILM FELLOWSHIP
New to the Festival is the Lexus Australia Short Film Fellowship, the largest cash fellowship (AU$200,000 annually) for short film in Australia. On Tuesday 14 June, four fellows will be announced, selected from 21 shortlisted Australian filmmakers by a Jury chaired by actress July Davis.  Once announced the fellows will commence production of their films, which will premiere at the 64th Sydney Film Festival in 2017.  The Fellowship is a partnership between Lexus Australia, The Weinstein Company and Sydney Film Festival.

The Festival will also host the world premiere of Australian actor and filmmaker Damian Walshe-Howling’s short film MESSiAH, starring David Gulpilil. The film is the result of Walshe-Howling winning Lexus’ international competition, Lexus Short Film Series; alongside three other filmmakers from France, South Korea and the USA, beating over four thousand other entries including 355 from Australia.

MESSiAH will be among 22 short films screened before feature-length films throughout the Festival. Ten finalists in the Dendy Awards, Australia’s longest running short film competition, now in its 47th year, will also screen over two sessions on 18 and 19 June. Three prize winners will be announced at the Festival’s Closing Night, together with the Event Cinemas Australian Short Screenplay Award.

SFFTV, the Festival’s Outdoor Screen has relocated to Pitt Street Mall, with a huge double-sided screen presenting Festival trailers, red carpet footage and a specially selected program of short films. An impressive line-up of animated shorts showcasing many styles and techniques curated by the Festival’s Animation Programmer Malcolm Turner; and historical footage of the Darling Harbour Goods Yard in Steam on The Harbour 1965 – 1971, from the National Film and Sound Archive’s Roger McKenzie Collection, will also screen.

FILMS FROM CANNES
The Festival will screen nine films direct from the CannesFilm Festival including Brazilian director Kleber Mendonça Filho’s Aquarius; Xavier Dolan’s It’s Only the End of the World; and Oscar winning Spanish filmmaker Pedro Almodóvar’s Julieta; all in the running for the Palme d'Or.

Four films screening at Cannes are also contenders for the Festival’s Sydney Film Prize (Apprentice, Psycho Raman, Aquarius, It’s Only the End of the World).

Documentary Australia Foundation Award
The Festival’s diverse film programs promise cinematic treasures to be discovered every day. From the Documentary Australia Foundation Award for Australian Documentary, showcasing 10 outstanding Australian documentaries; to 15 big-ticket films in Special Presentations at The State, presented by Princess Cruises. There are also 45 Feature Films from prize-winners of the world’s most prestigious festivals; and 33 International Documentaries tackling essential contemporary topics, from some of the world’s most renowned documentarians.

EUROPEAN CINEMA
The Festival’s important new initiative, European Cinema: 10 Women Filmmakersto Watch, in partnership with European Film Promotion and Variety, showcases 10 new films by 10 of Europe’s most promising female storytellers, providing a platform for women’s voices. Audiences will be presented with a range of exciting and diverse films from emerging European filmmakers.

Acclaimed Serbian actress Mirjana Karanovi?, Swedish visual artist and documentary filmmaker Sara Jordenö, Danish filmmaker Frederikke Aspöck whose films have screened at Cannes, one of Poland’s most talented filmmakers Agnieszka Smoczynska, and actress and director Nicolette Krebitz from Berlin will be in attendance to present their films to Festival audiences.

YOUTH
For the first time the Festival is delighted to welcome teenagers to screenings. Just over half the program of feature films (93) will be rated 15+ making them accessible to audiences under the age of 18 years old; a result of changes to the Australian classification rules allowing the Festival to assess films using the criteria set out in the National Classification Code, instead of applying the 18+ mandatory default classification required in previous years.

ANIMATION
The AnimationShowcase returns to the Festival for the second year, curated by specialist Malcolm Turner. Screening short animated gems from all around the world including an International AnimationShowcase of the very best films from all corners of the globe, the wicked After Dark AnimationShowcase, a Kids AnimationShowcase curated for younger audiences and short films screening for free at Pitt Street Mall; the animation program will delight young and older fans alike.

THE BOX SET
Extending the musical theme The Box Set will take audiences on an epic journey to the roots of American pop music to reveal the untold story of how it was recorded. A four part documentary series screened over three sessions, American Epic and The American Epic Sessions was created by Jack White (The White Stripes), Robert Redford, and T Bone Burnett.

ESSENTIAL SCORESESE
The Sydney Film Festival’s retrospective program starting with by Essential Scorsese: Selected by David Stratton, gives audiences a chance to see 10 films by Martin Scorsese, one of the most influential directors of our time, on the big screen; including Taxi Driver, Goodfellas, Raging Bull and The Age of Innocence.

KOREA ON THE VERGE
New to the Festival, is a snapshot of Korea’s indie filmmakers by Korean cinema expert Tony Rayns. The five films featured in Korean on the Verge: Social Faultlines in Korean Cinema highlight the emerging cracks in the social fabric of the nation, exploring political scandals, social injustices, sexual deviances and re-examined traditions. The program is supported by the Australian Government, through the Australia-Korea Foundation of the Department of Foreign Affairs and Trade.

FOCUS ON IRELAND
The Festival in partnership with Culture Ireland presents Focus on Ireland: From Rebels to New Romantics, reflecting a strong performance by Irish filmmakers on the international stage. Curated by Dublin International Film Festival Director Gráinne Humphreys, six diverse and rich films, both feature films and documentaries, will be shown. From musical comedy Sing Street, to drag queen superstar Panti Bliss in The Queen of Ireland, to a serious investigation into corruption and threats to the Atlantic Ocean in Atlantic, narrated by Brendan Gleeson, the spotlight is firmly on Ireland.

SCREEN BLACK
The Festival together with Screen Australia’s Indigenous Department again presents Screen: Black, a Festival platform to tell significant Indigenous stories. Two Indigenous directors Ivan Sen and Dylan River will premiere their latest films at the Festival: Goldstone and Black Chook. Since 2013, nearly 50 indigenous creatives have taken part in the Festival, and 20 inspiring Indigenous films have been screened.

Gourmet Cinema fans can follow celebrity chef René Redzepi as he shuts up his acclaimed Copenhagen restaurant Noma (ranked the best restaurant in the world four times over) and moves to Tokyo, in Ants on Shrimp: Noma in Tokyo. Paired with a meal at one of Sydney’s highest-rated dining establishments, The Bridge Room; film-only options are also available. The Festival has again teamed up with 15 of Sydney’s favourite restaurants to provide Dining Delights special gourmet experiences throughout 12 Festival days and nights.

Down the Rabbit Hole – Virtual Reality at the Hub (9-19 June) will screen nine virtual reality films, from four Australian and five international filmmakers. Programmed by Mathieu Ravier at the Lower Town Hall Festival Hub, nine unique VR films and the latest headsets on which to experience them - Facebook’s new Oculus Rift and Samsung Gear VR - will have Festival audiences strolling along the streets of Havana, going on stage with the Sydney Dance Company, falling down the rabbit hole and into a Lewis Carrol inspired music video, haunting an asylum, joining an outback rodeo, and much more, for FREE.

A VR panel dealing with immersive storytelling hosted by writer Mike Jones, and a selection of VR filmmakers who have works screening at The Hub, will push the boundaries of film vs. visual art in Panel Discussion:Driving Down The VR Rabbit Hole.

The final experience is presented in association with Carriageworks (9 June – 17 July) and Adelaide Film Festival and is a four-sided video installation entitled: HOSSEIN VALAMANESH: CHAR SOO that places viewers at the intersection of an Iranian bazaar to contemplate movement, human interaction and the passing of time.

The FestivalHub returns to Sydney’s Town Hall for a fourth year, ever expanded, evolved and surprising. Open to the public all nights, and select days from 9-19 June, The Hub is a multi-disciplinary pop up complete with a contemporary screen-based gallery, a sophisticated bar, a designer lounge, and is now a home for the Festival’s extraordinary virtual reality film collection.

The chic Herman Miller Lounge returns brighter and more sophisticated than ever.  Premiering some fantastic new Herman Miller furniture, including the first presentation in the southern hemisphere of the Carafe Table by Australian designer Charles Wilson, as well as re-released classics including Nelson Bubble Lamps and Daybeds – designed by George Nelson in the ’50s; the Chadwick Modular seating showstopper by Don Chadwick, of Aeron office chair fame; Public Office landscape by Yves Behar’s Fuse Project; Eames Rockers; and much more.

Sydney Contemporary also returns to the Hub for the second year with an exciting new exhibition, SYDNEY CONTEMPORARY: AUSTRALIA IN FOCUS. 13 Australian artists feature in this free video art exhibition exploring the different ways in which moving image techniques, such as super-slow motion, can be adopted and adapted by visual artists. Foxtel Movies Film Screen Interactive Photobooth will be in action for Festival snaps, and Program Gurus will be on hand to consult on Festival films and activities.

The Hub is also a Festival party space, with free entry and open to all. Curated by Mathieu Ravier parties include: Strike a Pose Silent Disco (Friday 10 June, 9:00pm), following the screening of Strike a Pose, a film about Madonna’s Blond Ambition tour dancers who became ’90s poster boys for gay rights; the Cuban-themed Viva Cuba Party (Friday 17 June, 9:00pm), complete with live Afro-Cuban beats, following the premiere of Viva a film about a troubled Cuban drag queen; and Sing Street 1985 School Disco (Saturday 18 June, 9:00pm), following the premiere of the Irish musical comedy set in ’80s Dublin, complete with stone-washed denim, and a soundtrack to match.

Following a screening of her film A Flickering Truth, Pietra Brettkelly joins the National Film and Sound Archive’s Gayle Lake and Golden Age’s Kate Jinx to examine the cultural and heritage value of film in the discussion: Are Films Really Worth Keeping? And after a screening of the newly restored chilling thriller The Boys, 20 years since it first screened at the Festival, the creative team reunites to discuss the film and its impact on their careers (The Boys Reunion).

Sydney Film Festival’s animation programmer Malcolm Turner gives an overview of the indie and alternative animation scene in Not So Black And White. And renowned film critic and guest programmer Tony Rayns, interprets the Korean indie cinema scene in Korea on the Verge: Social Faultlines in Korean Cinema.

The Ian McPherson Memorial Lecture returns with the roles reversed. Marking the 50th anniversary of his appointment in 1966 to the directorship of Sydney Film Festival, David Stratton himself will be the subject of a discussion around the changing face of film festivals, film watching, and film with veteran producer and Screen Australia board member Al Clark (The Adventures of Priscilla, Queen of the Desert, Chopper; Siam Sunset) as the interviewer. FREE on Saturday 11 June 5pm at the Art Gallery of NSW.