The Dog Film Festival™ Makes It Way To The West Coast 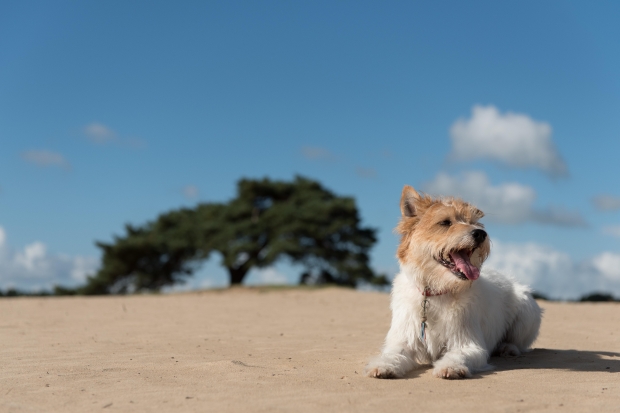 That's right... the Dog Film Festival! It seems that there is a festival for everything these days.

Following its success in New York, the Dog Film Festival™ will premiere on the West Coast this summer to celebrate the remarkable bond between dogs and their people. The Petco Foundation, whose goal is to help every animal live its best life, has joined as the national Presenting Sponsor of the Dog Film Festival™, helping it expand to Los Angeles on June 4 and 5 as well as nine additional cities this year.

“We are thrilled to help bring the Dog Film Festival to Los Angeles this summer,” said Susanne Kogut, executive director of the Petco Foundation. “This series of films visually relay the Petco Foundation’s core mission to create a better world for animals and the people who love them. We are excited to celebrate with all dog lovers during this fun-filled festival weekend and showcase these wonderful films that demonstrate the positive impact dogs have on people’s lives.”

To kick off the Dog Film Festival™, VCA WLA Animal Hospital is sponsoring an outdoor Afternoon Tea Pooch Party on June 4, where the green carpet will be rolled out for dogs and their escorts. As part of the Petco Foundation’s “Think Adoption First” platform, the Pooch Party will host an on-site dog adoption with the Lange Foundation. Fifty percent of every film festival ticket and $50 of every Pooch Party ticket benefit the Lange Foundation and Downtown Dog Rescue. The event will also feature fun contests with prizes, a doggy fashion show, photo opportunities, meet and greets with celebrity dogs and special sWag bags.

On Sunday, June 5, the Dog Film Festival™ will take over the Majestic Crest Theater in Westwood with two separate 90 minute programs of entirely different canine-themed films.  Each screening is composed of documentary, animated and live-action shorts that illuminate the human-canine bond, submitted by dog-loving filmmakers from around the world.  As it should be, dogs are welcome to attend the screenings with their human companions.

The 2:00 PM screening features a medley of over 10 light-hearted, animated and narrative shorts, perfect for children and families.  Renowned photographer William Wegman’s 30-minute film “The Hardly Boys in Hardly Gold”, starring four of his own Weimaraners in costume, will be highlighted at the first screening. Other fun and uplifting feature films include “The Lewis Lectures,” a hilarious depiction of what dogs are actually thinking; “Beta,” a delightful tale that answers many questions we’ve all wondered about dogs; and “Useful Dog Tricks,” an inspirational short about the myriad of ways a dog can help around the house.

The second screening, beginning at 4:00 PM, features a more sophisticated program that includes a series of 14 short documentaries, narratives and subtitled narrative films.  Films in this screening include “New York Dog Concierge,” a witty documentary that follows a dog walker as he picks up more than 20 dogs from their city apartments; “Second Chances,” a PBS film about dogs who are paired with incarcerated women, who train them to become service dogs; and “La Vie D’un Chien,” a sci-fi film about a scientist who transforms himself into a dog.

Tickets for the Dog Film Festival™ are $20 per screening and can be purchased online. There will be two screenings on June 5 at 2:00 PM and 4:00 PM at the Crest Theater (1262 Westwood Blvd., Los Angeles 90024). Tickets to the Pooch Party are $150 and include an “all-access dog tag” that allows for VIP early entry to both screenings of the Dog Film Festival™. The Pooch Party will take place from 3:00 to 5:00 PM at VCA West Los Angeles Animal Hospital (1900 South Sepulveda Blvd., Los Angeles 90024). For more information, please visit www.dogfilmfestival.com.