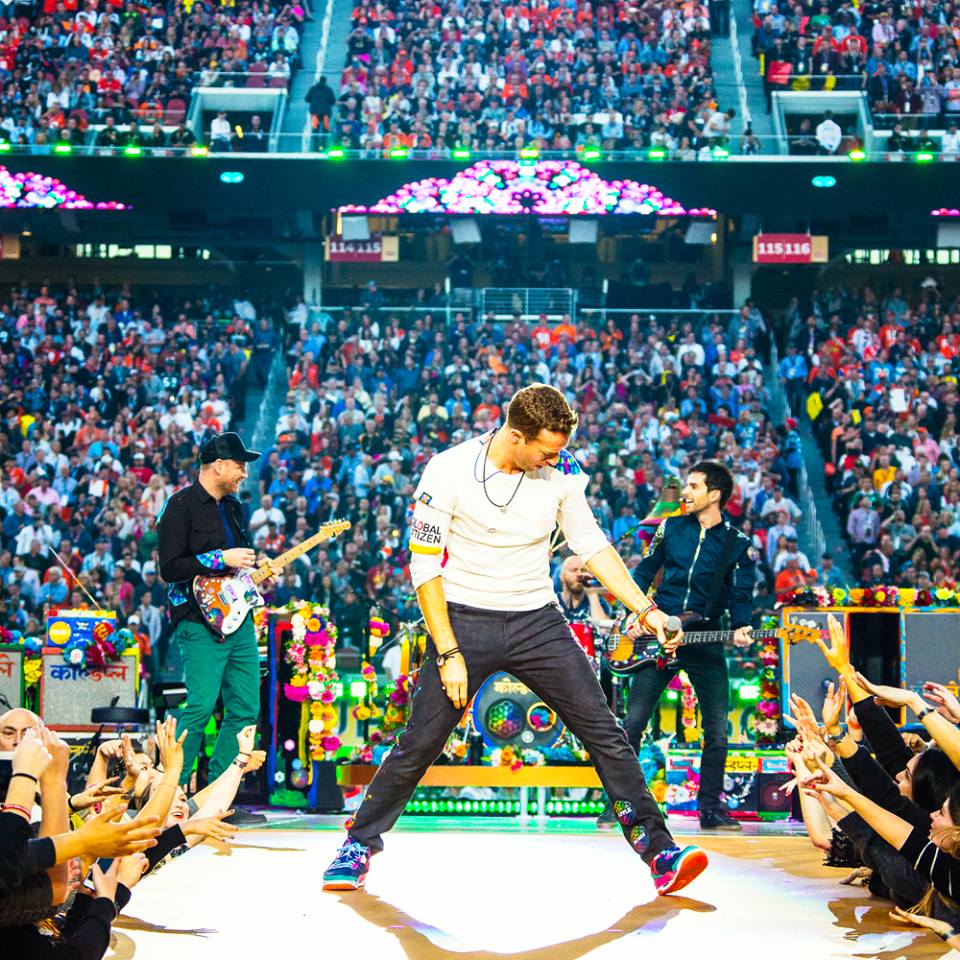 Coldplay revealed even more dates for their massive A Head Full Of Dreams Tour. The tour will now visit an additional 12 cities around the country with shows in Las Vegas, Phoenix, St. Louis, Denver and more. A full list of stadium and arena dates is below. The hugely successful A Head Full Of Dreams tour, produced by Live Nation, kicks off on Saturday, July 16, 2016 at New York City's MetLife Stadium with recently announced second stadium dates in several cities. Acclaimed singer/songwriter, Alessia Cara, will join the tour as a special guest on all dates while Foxes will open all shows from July 16 through August 6. Tickets for the new arena dates go on sale starting Friday, April 15 at www.livenation.com.

The A Head Full Of Dreams Tour began at the end of last month in Latin America, where the band's sold out stadiums shows have been greeted with wild acclaim from fans and media alike. The tour - which has already sold well in excess of two million tickets worldwide - will then continue to Europe before arriving in the U.S. in July.

A Head Full Of Dreams is Coldplay's seventh album and the follow-up to 2014's GRAMMY®-nominated Ghost Stories. Since its December 2015 release, A Head Full Of Dreamshas reached Number One on iTunes in more than 90 countries and sold over three million copies. It has also helped Coldplay to their current position as Spotify's most-streamed band in the world.