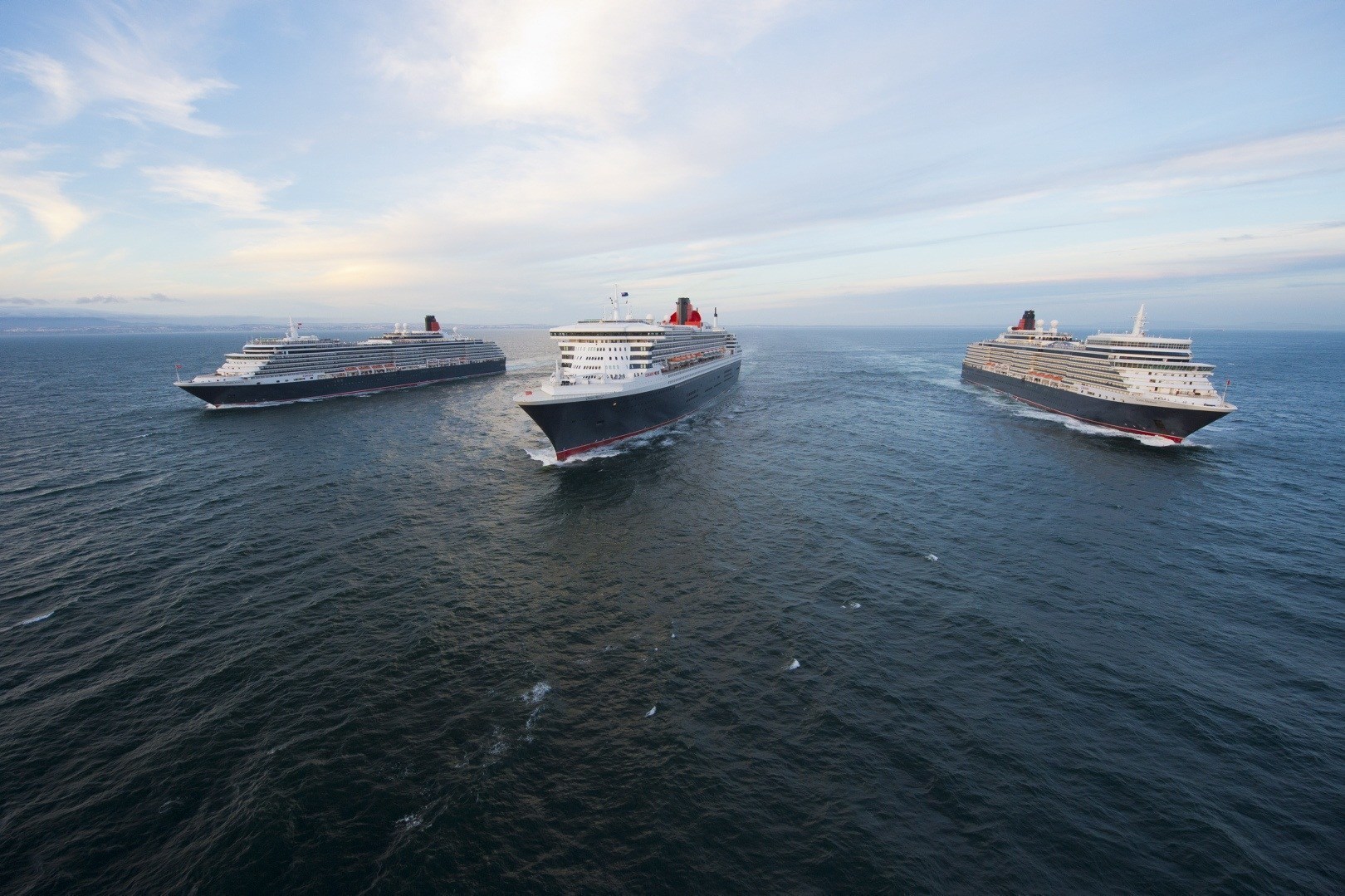 If you're planning a vacation, maybe think about a cruise with Cunard?

The cruiseline launched their largest fleet for the 2017 Voyages and 2018 World & Exotic Voyages Programme - featuring a greater number of voyages and more destinations than ever before.

Queen Mary 2, Queen Elizabeth and Queen Victoria – but also with its deployment. In 2017, the Cunard fleet will travel over 207,000 nautical miles, visit 93 destinations in 32 different countries, and will include four maiden calls for the current fleet. These maiden calls will include: Souda Bay, Greece; Sibenik, Croatia; Brindisi, Italy; and Praia da Vitoria, Portugal.

As the only cruise company to offer regularly scheduled Transatlantic Crossings, Cunard expertly bridges the gap between the old and new worlds in the most luxurious of ways. Queen Mary 2 will enter 2017 with every stateroom on board refurbished as part of the ship's dramatic remastering taking place this year, and she will cross the Atlantic 24 times, from May to December, in seven-to-eight night voyages between New York and either Southampton or Le Harve.

Cunard's truly flexible Mediterranean cruise season on the refurbished Queen Victoria will allow guests the opportunity to embark from one of four ports on voyages lasting from seven to 21 nights:

Highlights to look forward to in 2017 are:

Cunard will also be hosting the spectacular "Big Band Ball" on board Queen Elizabeth (Q727) and Queen Victoria (V726), a magnificent 13 piece Big Band Orchestra, for guests who like to dance and sing to the sounds of Ella Fitzgerald, Duke Ellington, Michael Bublé and Frank Sinatra.

Queen Mary 2's 120-night East-West voyage will call on 46 ports in 24 countries and will feature two maiden calls in New Zealand, as well as overnight stays in Cape Town, Hong Kong and Dubai. Her 2018 World Voyage will allow for full immersion in destinations in Australia and New Zealand, with experiences featuring the Margaret River, Kangaroo Island and New Zealand's South Island. On departure from Australia Queen Mary 2 will visit Malaysia, Hong Kong, Vietnam and Thailand, providing access to a wide array of exotic Asian cultures. On her return leg, Queen Mary 2 will call on Aqaba for the ancient site of Petra before transiting the Suez Canal and calling at the classic Mediterranean destinations of Rome and Barcelona.

For the first time ever, Cunard will offer a 2-3 month exotic mid-duration voyage on Queen Victoria for guests seeking a winter escape round trip experience that offers an in depth exploration of South America. This voyage will offer more immersive destinations and scenic cruising in the Magellan Straits, Chilean Fjords and Cape Horn. Her voyage will also feature nine maiden calls, ports in the Caribbean, a transit of the Panama Canal, and overnight stays in Rio de Janeiro and Buenos Aires.

"We are proud to announce a robust 2017 Voyages and 2018 World & Exotic Cruise Programme," comments Richard Meadows, president, Cunard North America. "With the remastering of our flagship Queen Mary 2 this year, and Queen Victoria's planned refit in 2017 – which includes the significant addition of Britannia Club accommodations - Cunard's iconic vessels will be more luxurious than ever offering new and richer experiences for our guests."

Early Booking Onboard Credit on Exotic Voyages (25 to 88 Nights)
Guests booked on exotic voyages between 25 and 88 nights on any of our three ships will receive Onboard Credit up to $1,500 per stateroom. Offer applies to bookings made by December 31, 2016 for the first and second guests only.

World Club Member Savings
For 2017 Programme, members of the Cunard World Club will benefit from an additional 5% discount off launch fares effective at programme launch. This 5% Cunard World Club discount is applicable on all cruises, for past guests only, until August 31, 2016. Not applicable to third and fourth berth guests.

For 2018 World and Exotic voyages, Cunard World Club members receive discounts up to $4,000 per stateroom on bookings made by December 31, 2016.  Discounts apply to 1st and 2nd berth guests only.

For more information about Queen Mary 2, Queen Victoria and Queen Elizabeth or to book a voyage, contact your Travel Consultant or call Cunard toll free at 1-800-728-6273, or visit www.cunard.com

L. A. Glam
The Sexiest Swim Show Of The Year is Back 'The Victoria's Secret Swim Special'