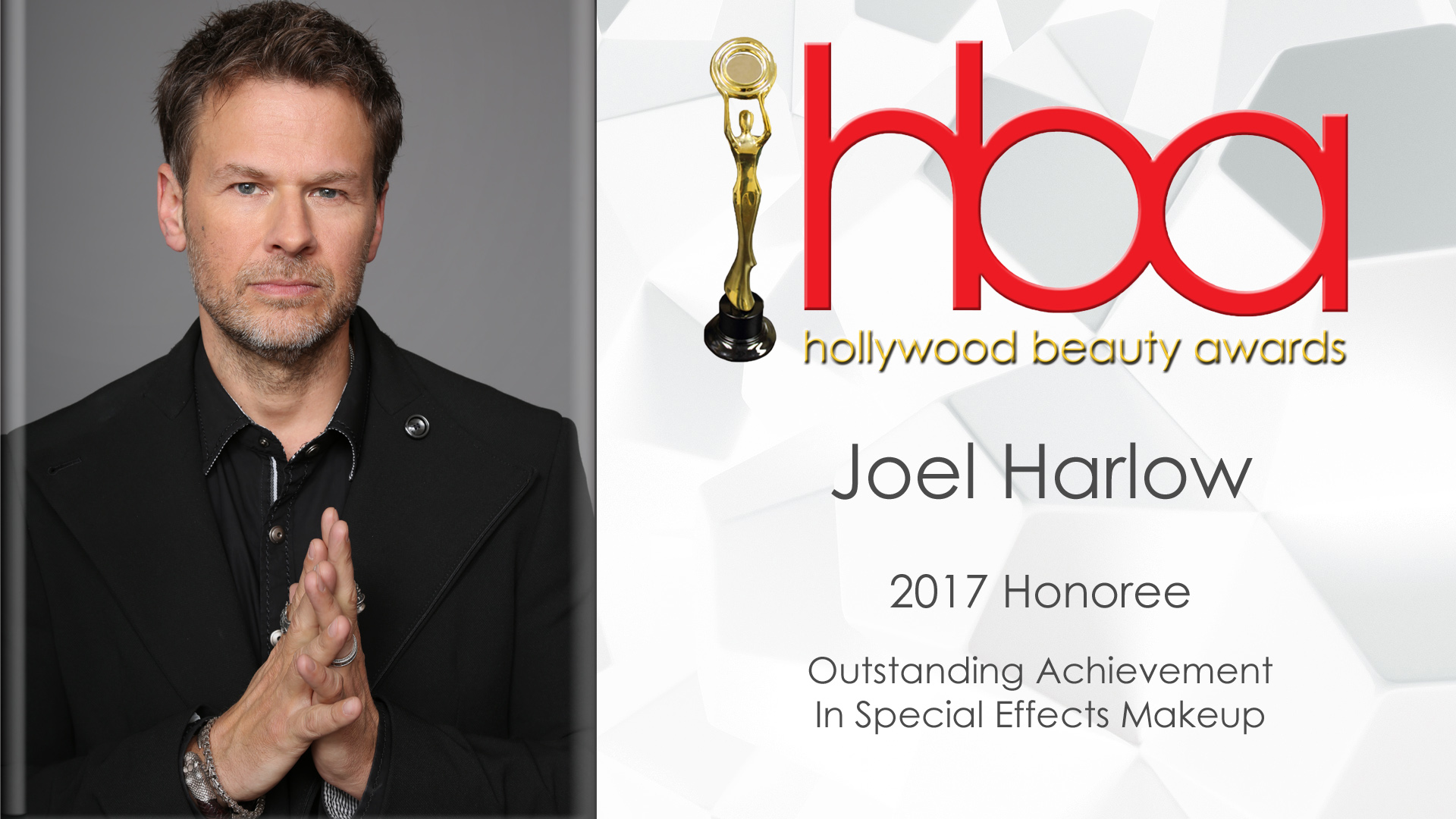 Every year, LATF USA presents the annual Hollywood Beauty Awards, celebrating the architects of beauty. The 3rd HBAs will take place on February 19th, 2017 at the Avalon Hollywood.

In addition to special honoree awards, the HBAs honor Hairstylists and Makeup Artists in Film and TV, as well as a Photographer. For 2017, they have added a Wardrobe/Styling honoree. Three nominees who create the hair, makeup looks and photograph for red carpet and editorial compete in the honoree categories.

Meet the first Honoree for the 2017 Hollywood Beauty Awards:

One of Hollywood’s most innovative special effects makeup artists, Joel has worked with Johnny Depp for the past eight years on films such as the “Pirates of the Caribbean” franchise, “Alice Through the Looking Glass,” “Into The Woods,” Black Mass,” “The Lone Ranger” and many more. Among his many accolades, Joel won an Academy Award for JJ Abrams’ “Star Trek,” a Critic’s Choice Award for “Alice in Wonderland,” as well as Primetime Emmy Awards for Stephen King’s “The Stand” and “The Shining.”

For more info on the HBAs, visit: www.hollywoodbeautyawards.com