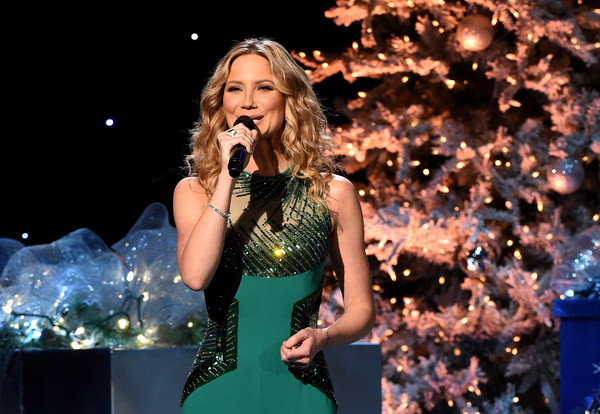 Jennifer Nettles returns to host “CMA Country Christmas,” as some of the most powerful and emotionally moving voices in music come together to celebrate the holidays. The show was taped in front of a live audience on November 8 at the Grand Ole Opry House in Nashville.

Nettles, who is hosting the special for the seventh time this year, will release her first holiday album, “To Celebrate Christmas,” October 28, on Big Machine Records. Special collaborations highlight lush harmonies with Idina Menzel on “Little Drummer Boy,” the jazz-influenced melody of “God Res Ye Merry Gentleman,” alongside American-soul sensation Andra Day, and “Circle of Love,” penned by friend and mentor Dolly Parton. The Grammy-winning singer/songwriter has kept a full schedule this year, releasing her critically acclaimed sophomore album, “Playing With Fire,” joining label mates Cheap Trick for a “CMT Crossroads” that earned a CMT Music Awards nomination for Performance of the Year and headlining the 30+ city “CMT Next Women of Country Tour” across the U.S. and Canada, alongside Brandy Clark, Lindsey Ell, and Tara Thompson. Visit JenniferNettles.com for upcoming tour dates and more.

A popular feature of the “CMA Country Christmas” taping is a toy drive. Audience members are invited to bring an unwrapped toy for deserving children in need throughout Middle Tennessee. In 2015, through a partnership with ABC Television Network and the U.S. Marine Corps’ Toys for Tots program, CMA collected more than 5,000 unwrapped gifts.

Music
Inside The 50th CMA Awards With Country's Superstars

Television
"How The Grinch Stole Christmas" Is Back On NBC

Television
'How The Grinch Stole Christmas' Celebrates 50 years On NBC