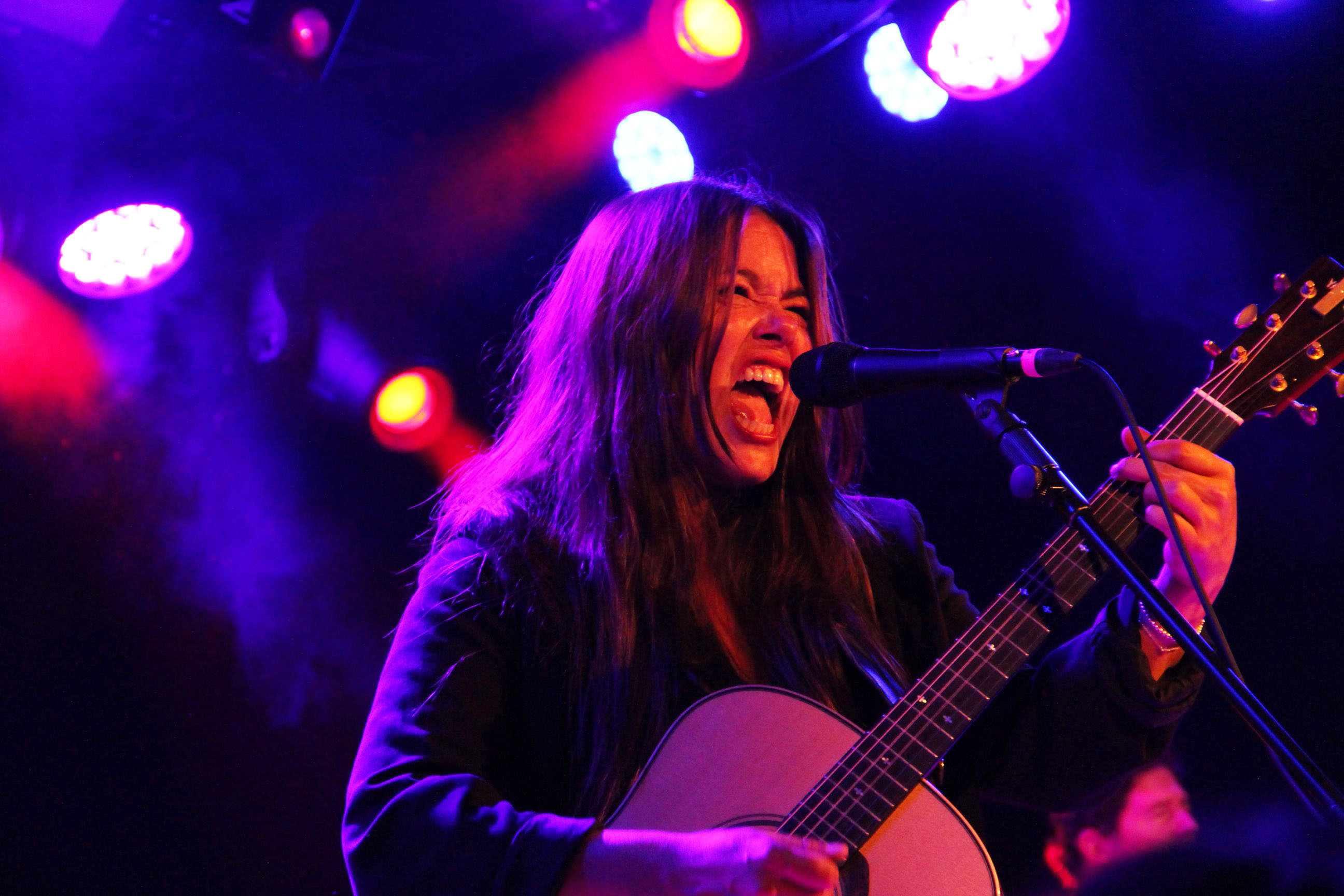 Over the years, Rachael Yamagata’s passionate lyrics and raspy, sultry voice have served as a comforter for many broken hearts. While you could easily wallow in your sorrow to songs such as "Without You" and "Worn Me Down," the emotional singer/songwriter’s music has been known to help heal and lift the spirits of those who suffer from heartbreak. In 2004, Rachael stepped out into the indie music scene with her self-titled debut EP and full-length album, "Happenstance." Four years later, she continued to pour her heart and experiences with love into her two-part album, "Elephants…Teeth Sinking Into Heart." Separating from a big label, she eventually released "Chesapeake" in 2011.

Since then, the songwriter has changed her pace and creative process; writing and recording with a talented group of hand-picked musicians from her very own living room in Woodstock. She took the time to experiment with different sounds and instruments.

“If there was an instrument lying around, we tried it. And if somebody could play something, or if they couldn’t play it, we still tried it,” Rachael said.

The recording time resulted in the release of her latest album, “Tightrope Walker,” which she launched from her independent Frankenfish Records. For the most part, Rachael has left themes of heartbreak behind for a more optimistic tone with unique instrumentation. Each track is just as gritty as it is seductive, but the songstress still found room for her signature cradle songs.

Shortly after speaking to Rachael, I had a chance to catch her on the final leg of her North American tour at the Teregram Ballroom in downtown Los Angeles. Loyal fans of her earlier and current music filled the music venue, singing along with every lyric. The singer/songwriter performs with a powerful energy, commanding the room with her 6-piece band. Transitioning from the piano to her acoustic and electric guitars, she bonded with the audience telling stories and laughing along the way. It was clear that she is very much at home on the stage.

During her interview, Rachael shared her experiences in evolving as a songwriter and the roots that made her the artist she is today.

You recently played Thalia Hall in Chicago. Of course you have a history with the city with your first band Bumpus. How was it returning to those music roots?

RY: Oh great! It always feels like a hometown show. It’s where I really got my start in music and definitely there's a hometown crowd that’s seen me in the band I used to be in. It's really thrilling in that way. Thalia Hall was beautiful.

Your past albums have dissected heartbreak a lot and this one seems to be more optimistic. Can you talk about the themes, and the inspirations, and the creative goals with Tightrope Walker?

RY: I think, as time goes on, you look at the world differently. And I certainly have put into perspective the weight that romantic heartache can have within my life versus maybe more, mature or universal themes. Things happen to us that you start to question later in life; whether you’re pursuing the right career, do you want to have a family, when someone passes away… dealing with that on an emotional level. As time goes by you encounter it more; coming into your own, empowerment, standing up for what you believe in, knowing who you want to be as a person or who you’ve become. So a lot of that happened more than the love derailment, which I always find to be a fascinating subject, as well. [laughs]

This record really felt different. It felt like an opportunity to look at some of the stuff that was going on around me with myself or other people, the world, and have a bit of a commentary on it. And it became this sort of cheering session for the human spirit; and their perseverance of getting through life and finding a way to turn the challenges into something. And that’s enriching.

In the past, you said that your mother called Happenstance the beauty of your 20s and the two-part album was the richness of your 30s. So what do you think your mother would call Tightrope Walker?

RY: Interesting! Wow! That’s a really good question. Well she thinks it’s the best one yet because I dedicated it to her. She couldn’t get over it [laughs]. So I think she would call it “her record” [laughs], and you know what, in some ways it is relevant, she could call it that because she is the source of all of the positivity in life… I really have to attribute that to her. And she is the ultimate tightrope walker. She’s the one who’s given me the resilience, and the focus, and the belief to just keep very steady, and determined, and believe in myself. And she’s a natural healer and I think that’s something that I’ve had the capacity to do in the past…

Well, I think that you’ve healed people with your music.

RY: People definitely tell me that I do, which is wonderful. And what’s fun about this record is it’s a much more obvious way of trying to do that and offering people some sort of tonic to their hardships. And she might call it, like, “Tonic” or something. 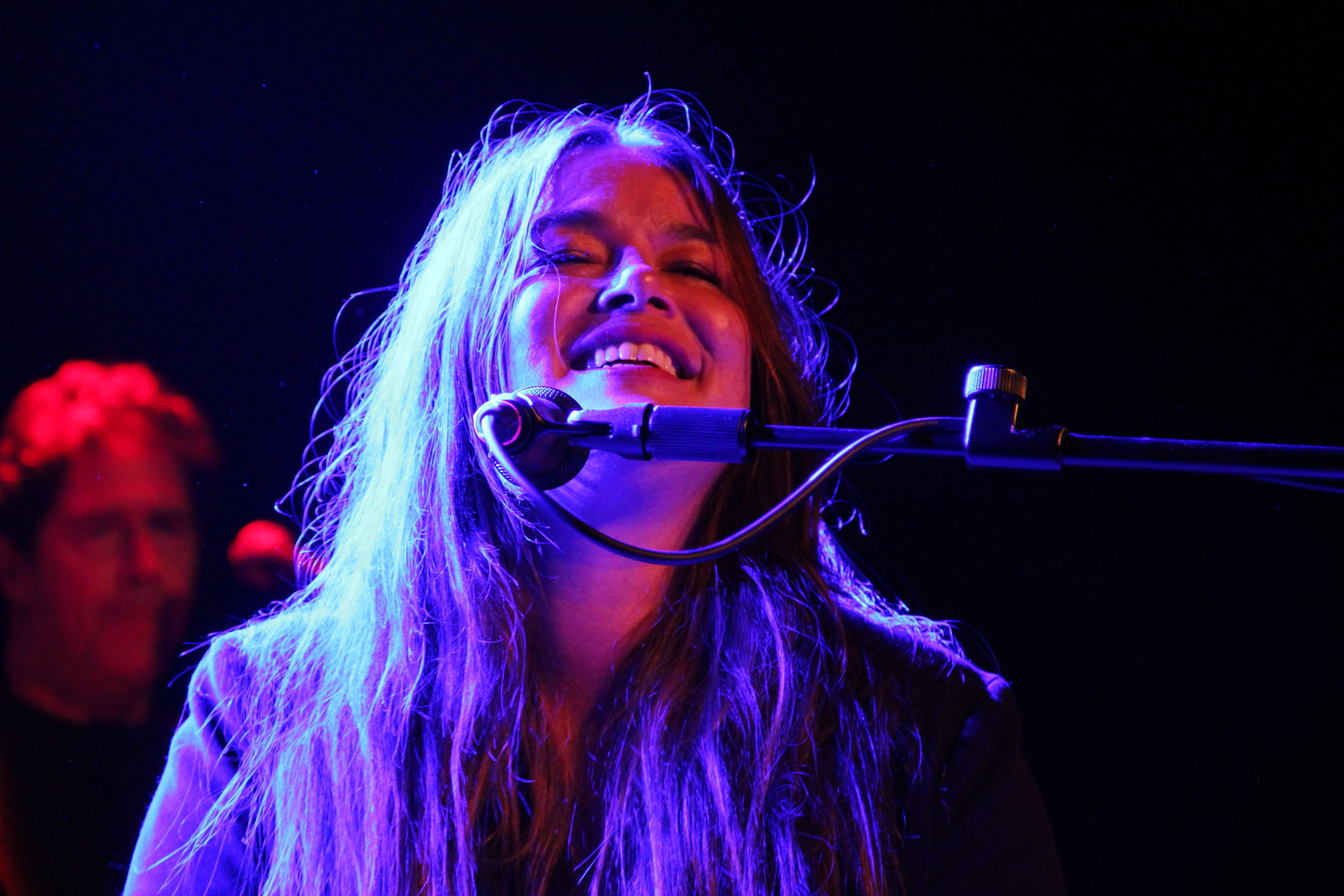 I like that. Did she influence you in music? Does she do music?

RY: She doesn’t do any music. She just plays Barbara Streisand all the time. I’m in love with the cinematic production. That I really got from her. But she wasn’t a musician. She’s a very creative person, but it was sort of by chance I got into it. Even though I have all these family members who are musicians.

I’m curious, who were your songwriting heroes, who influenced you?

RY: Well I grew up… on my dad’s side of the family, actually, my dad and my step mother used to listen to a lot of the singer-songwriters that came out in the 70s. So when I was growing up I was hearing from them a lot of Carole King and James Taylor and Paul Simon and Stevie Wonder… Fleetwood Mac, Joni Mitchell … And my step-mother really sparked my interest in Bonnie Rait and Credence Clearwater Revival. We went to a lot of Beach Boy concerts. So as a kid, I remember going to Beach Boy concerts. And then we did a cross-country trip where we had a Muppets’ tape and we had a Beatles’ tape.

RY: [laughs] So anything with a good lyric, a good storyline… that’s what I’m drawn to on a songwriting front. I’ve run the gamut of loving everything from Nina Simone to Tom Waits, you know, the Beatles, David Bowie, Led Zepplin.

There’s one song, “I’m Going Back”, which really has a symphonic sound and the power of an orchestra. Can you talk about the production of the album and the creative process, as well?

RY: So that particular track definitely shows my love for the cinema of music and having the string section. Oli Kraus is the most brilliant string arranger, and writer, and performer that I’ve ever met. And he’s on all of my records. He’s English. I met him on a tour probably 12 years ago now, maybe not that long ago, but quite, quite long ago. And that’s him actually playing all of the string parts. He’s a cellist, but he plays the violin and viola. He’ll play it between his legs as if he’s bowing a cello. He records himself in different parts of the room and they come out sounding like these incredible string sections. And he’s just so in touch. And that song was interesting because I had written the song and I had done my vocal and piano take. He was in LA at the time so we flew him the tracks and he recorded the string parts in LA.

What comes first: the idea, the melody, or the lyric?

RY: It’s different every time. I’ve done things where I would just sing gibberish and get a melody that I like out of it. What I did for this record was a lot of free writing. I would just sit on the porch and sort of stream of conscious journal. And then I’d go back every few days and read what I wrote and a lot of it, you know, didn’t make sense. But then there would be these nuggets. Like that’s how I found the phrase Tightrope Walker. There would be certain lines, and you pick those out. So in some ways, you know, the lyrics would start to come first. A lot of the time I’ll sit down at the piano, I do the lyrics, melody and chord progressions all at the same time. 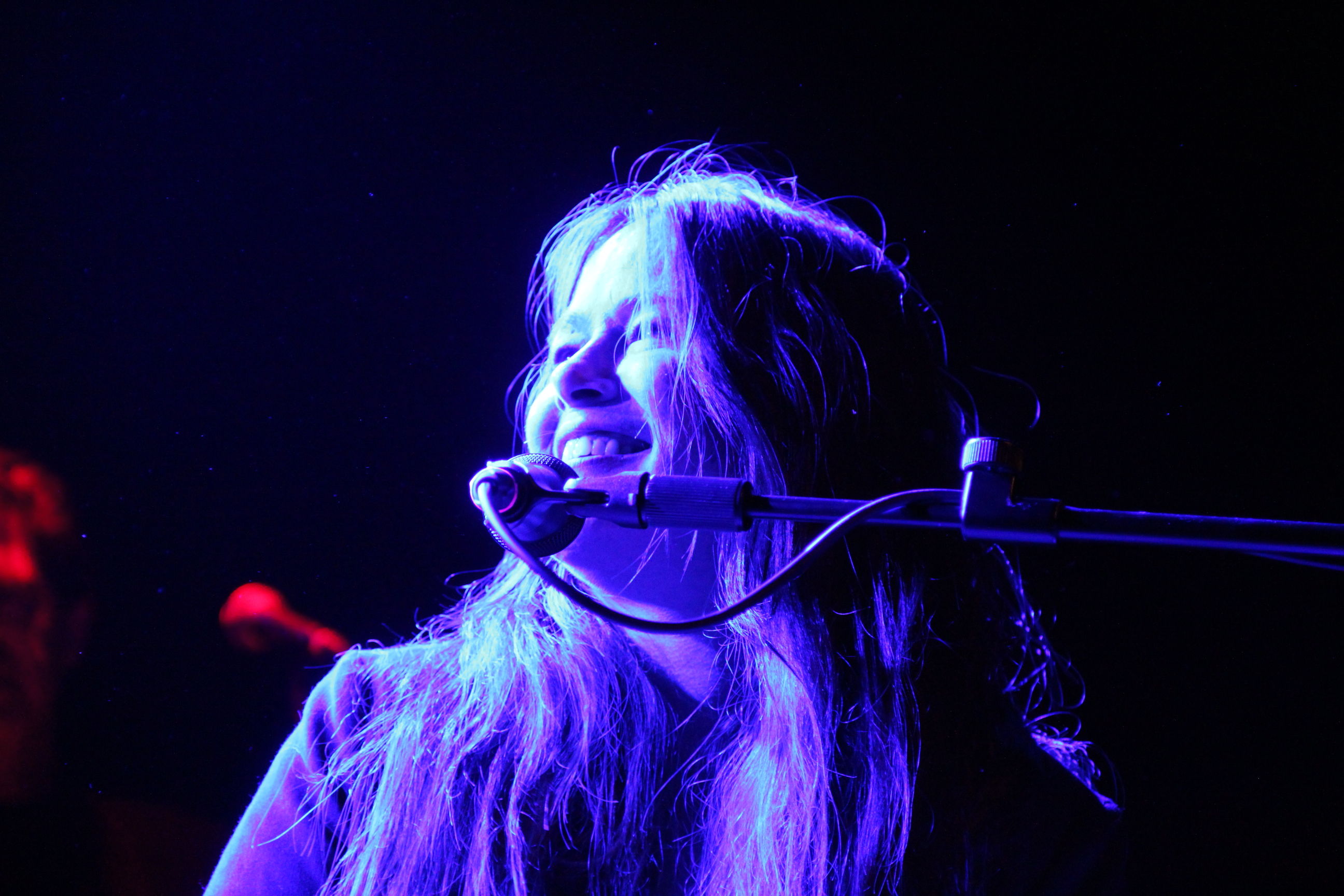 How do you know when it’s ready to release, to really share your babies with the public?

RY: Oh, but, they’re never ready. [laughs] I could change things now if I had to. Yeah, it’s very hard to let go. I need lot of time to get perspective on it. So I need to get a fresh listen every couple of weeks. I have to actively not listen to it in order to be able to really assess it.

This is your second independent release, so what are the benefits and some of the challenges of releasing independently?

RY: The challenges to me are… time. Time and the funding, of course. For me it’s so liberating to be able to pick team members that are just great. I got off conference calls this morning with 30 Tigers who I absolutely love, who are distributing the record. I have a great guy who’s on my team, who handles a lot of strategizing, and marketing, and all of my tech stuff that makes my head spin. And certainly doing it this way’s given me a birds-eye view on so many different parts of the puzzle ‘cause it’s not just recording and releasing the record. It’s the tours, it’s the tours internationally, it’s the videos.

You’ve had music featured on TV shows and films, and you’ve even studied theater. So, would you ever see yourself composing for, maybe, Broadway? Or for the theater?

RY: You know what; I actually wrote music about 7 years ago that I’ve got to do something with. I mean, I so much love that world. So yeah. I have 15 songs… and it was a very long process to get something up off the ground and I wish there had been a way for me to pursue it earlier. ‘Cause now it’s become very common for an artist to write a musical. But I actually would love to do that. I had such a fun time. I have it ready to go; I just need a writer for a proper storyline that makes sense.

You can download "Tightrope Walker" via iTunes, Spotify and catch Rachael on tour: http://rachaelyamagata.com/