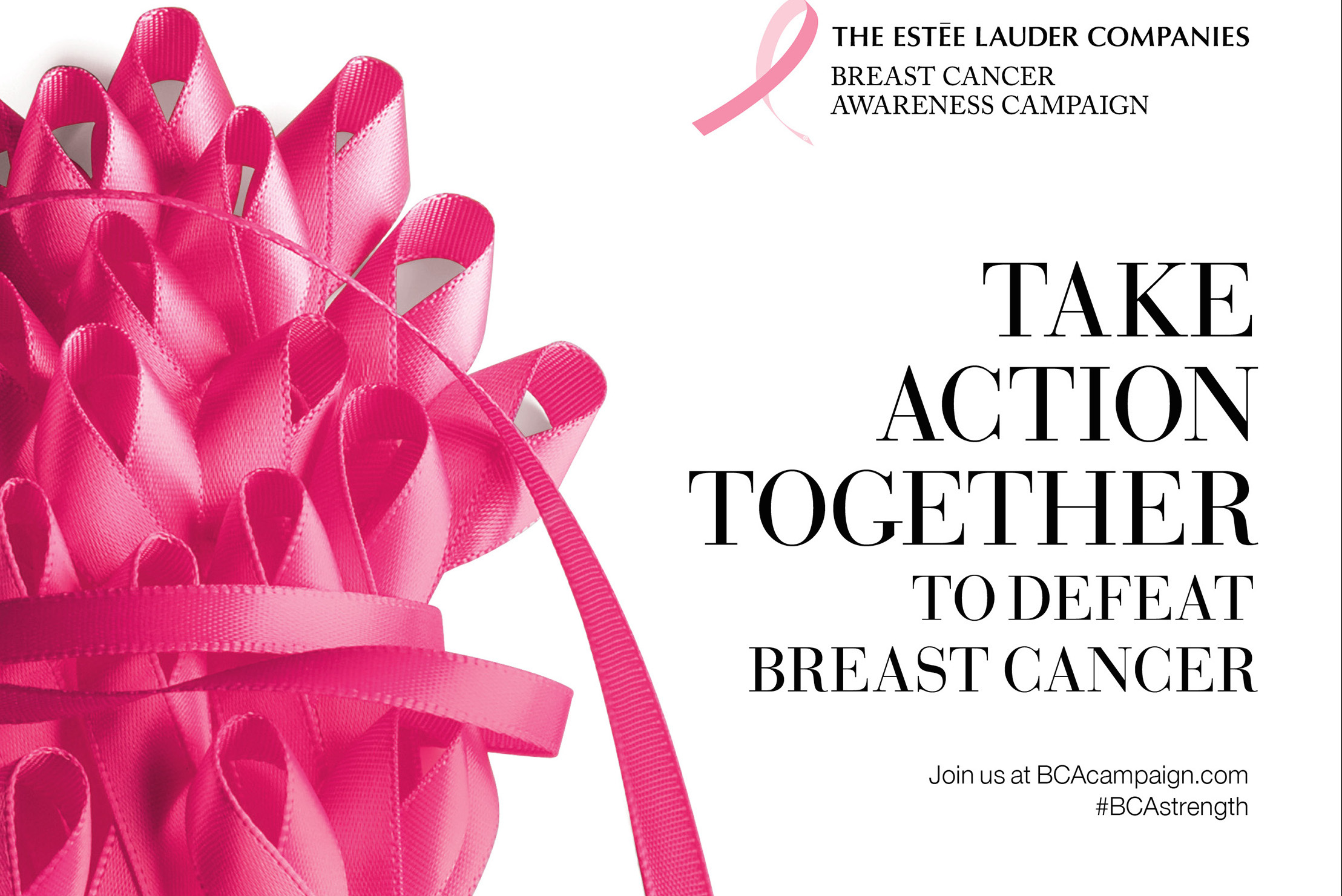 Breast cancer now represents one in four of all cancers in women worldwide and touches lives every day. While experiences with the disease may vary, the desire to defeat breast cancer is universal. This year, in honor of a shared vision for a world without this disease, The Estée Lauder Companies’ Breast Cancer Awareness (BCA) Campaign celebrates the power of global solidarity by encouraging people around the world to “Take Action Together to Defeat Breast Cancer.” The 2016 BCA Campaign invites women, men and families to draw inspiration from one another and unite in action on BCAcampaign.com and social media, while supporting lifesaving breast cancer research.

To participate in The 2016 BCA Campaign, visit BCAcampaign.com and follow on social media @BCAcampaign and #BCAstrength. Together, our actions can bring us closer to a world without breast cancer.