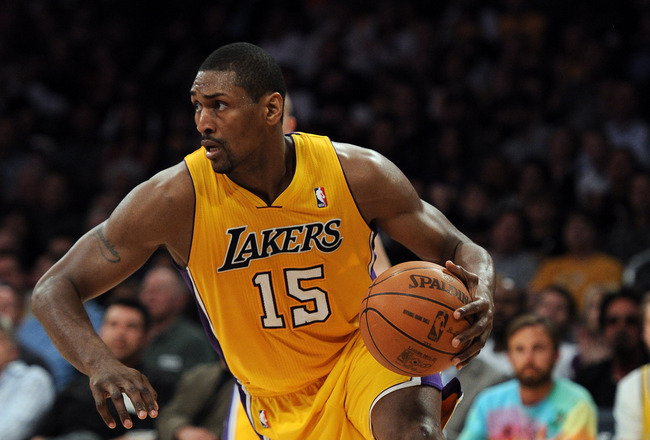 The Los Angeles Lakers have signed forward Metta World Peace, it was announced Thursday by General Manager Mitch Kupchak. Per team policy, terms of the deal were not released.

Selected with the 16th pick of the 1999 NBA Draft by Chicago, the 35-year-old was named the NBA’s Defensive Player of the Year in 2003-04 in addition to being chosen as an All-Star and member of the All-NBA Third Team that same year. He has also garnered four NBA All-Defensive Team selections and made the postseason nine times (including all four of his seasons in L.A.) with four different franchises.

His most recent NBA action came during the 2013-14 season when he appeared in 29 games for the New York Knicks, and has since played in the Chinese Basketball Association and Lega Basket Serie A, Italy’s top division.

World Peace was honored with the NBA’s J. Walter Kennedy Citizenship Award in 2011, and is actively involved in mental health awareness initiatives.