Like sitting down to dinner and realizing you’ve already filled up on appetizers, "Fantastic Four" is all build up and no meat and potatoes. Directed by Josh Trank (Chronicle), the film takes a more space camp turn in the origin story and ends up underusing a fabulously talented cast. Starring Miles Teller (Whiplash), Kate Mara (House of Cards), Michael B. Jordan (Fruitvale Station), Jamie Bell (Snowpiercer) and Toby Kebbell (RocknRolla), "Fantastic Four" had the ability to enliven Marvel’s oldest crime fighting team with darker, more realistic grit; just as Christopher Nolan did with the "Batman" trilogy.

Instead, Trank creates a lull of a story without the pulse of action driven heroics; never developing character or substance. With co-writers Trank, Jeremy Slater, and Simon Kinberg crafting the tale originally told by comic book icons Stan Lee and Jack Kirby, the film hovers between good and bad, never actually fulfilling the potential it had to be… fantastic.

Boy genius Reed Richards (Miles Teller) and tough guy best friend Ben Grimm (Jamie Bell) have been working on a ‘bio-matter shuttle’ (a teleporter) since the fifth grade, and they manage to succeed at Richards’ high school science fair. Dr. Franklin Storm (Reg E. Cathey) and daughter Sue Storm (Kate Mara) come across the pair and Dr. Storm offers Richards a full scholarship to the mysterious Baxter Foundation to further explore their work. Enter the rest of the team-Storm’s adrenaline junkie son, Johnny Storm (Michael B. Jordan) and the troubled but brilliant Victor Von Doom (Toby Kebbell). Their research is backed by the government and the incessantly gum snapping Dr. Allen (Tim Blake Nelson), who is putting pressure on these wunderkinds to crank out some teleportation product. They succeeded and after one test run with a monkey that had me more nervous than the entire rest of the film, the device is deemed safe for human use. 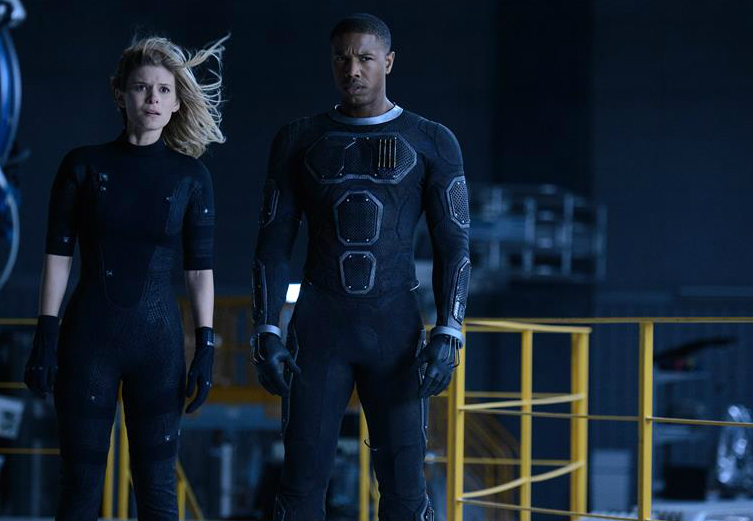 To prevent NASA from claiming their discovery, Reed, Victor, and Johnny decide to use the device first. Reed invites his streetwise pal Ben along on their little interdimensional tour, and the boys manage to send themselves to an alien world surging with a green power source. The source explodes on the team, imbuing the adolescent explorers with their own powers. Victor Von Doom takes the brunt of the explosion and is assumed dead. Reed develops stretchy limbs, Johnny is covered in flames that transform him into the Human Torch, and Ben is pelted with rocks that make him into ‘The Thing’…a giant rock formation of a man. Upon their return, Sue Storm is hit with an energy blast that gives her the ability to be invisible or create force fields. All of these powers are necessary to defeat the now evil Von Doom, a battle which took a whopping twenty minutes. Who knew you could be so efficient in saving the world?

Since so much time is spent explaining the whiz kids at their space camp, there isn’t much time to deal with their actual powers. There are some cool effects done, but nothing unique or mindblowing. The effects are essentially on the same level of the 2005 version of Fantastic Four, but without the powers being a clear correlation to character. The stylistic choices were distracting as well. Dr. Doom ends up looking like a black and green crayon melting together in the sun, and Sue Storm’s hair seems to change color between scenes. There are even some odd moments of sound, an odd issue to deal with in a big budget movie. 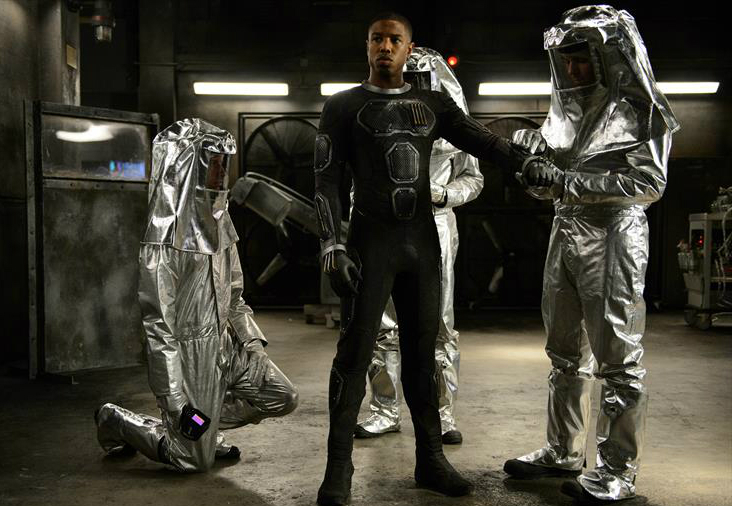 In every successful superhero movie, there is a moment when the hero has to make a choice to ‘give a sh&%’ as Peter Quill says in the hugely successful "Guardians of the Galaxy." It is in this moment that we see a sense of sacrifice that further endears the characters to the audience, depicting what it is to be both a hero and a human. Fantastic Four, despite incredible actors, just doesn’t have that sort of substance. Bell and Kebell are both really talented and expressive actors, but due to the art direction of their characters their faces are only seen for maybe a third of the movie. Both Teller and Mara are more than capable, but the writing of their soon to be married characters leaves them little to work with. The direction found a way to lack coherency and even though the darker angle was interesting at first, it didn’t follow through.

It's not terrible, but here’s hoping for some serious changes if Fantastic Four 2 is in the works.