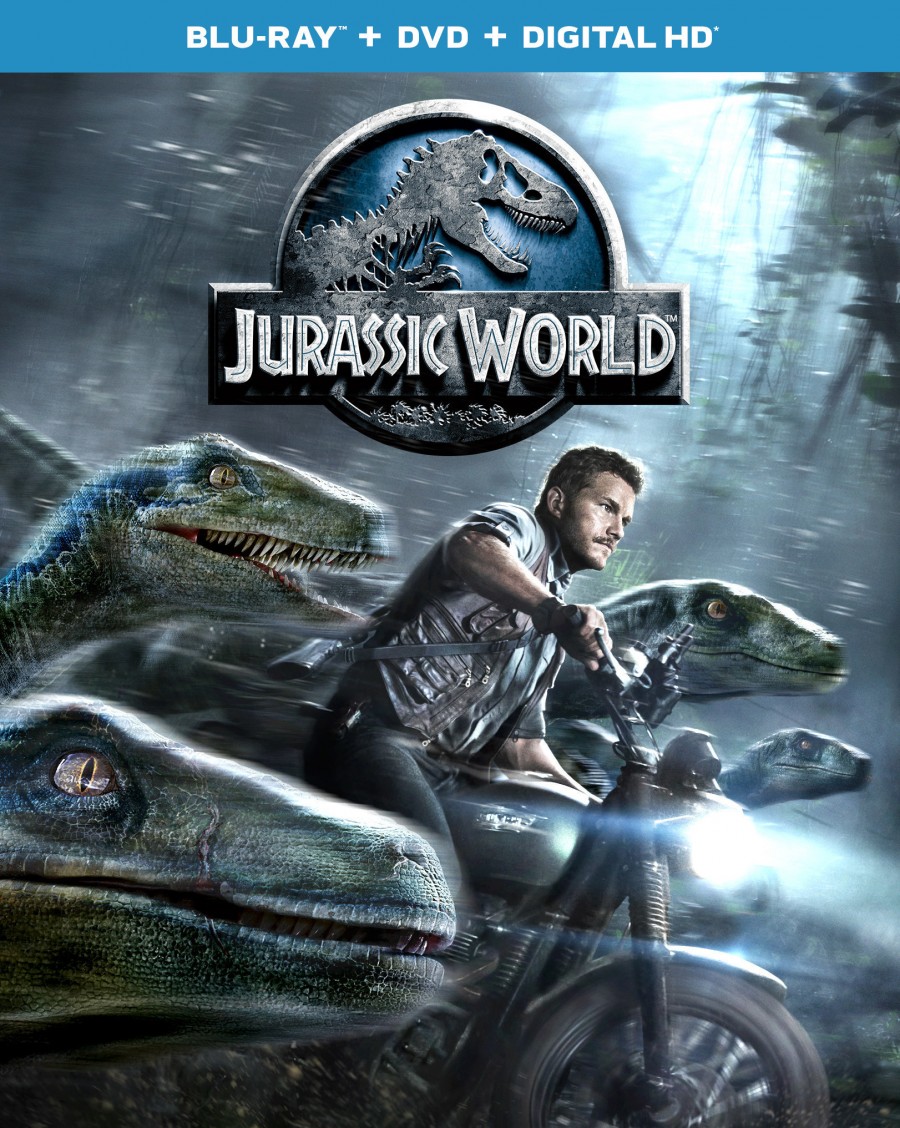 It's never too early to start thinking about gifts for the holidays and with the #1 movie of the year coming out on DVD you can start your stocking stuffer list early.

Shattering records globally, Jurassic World crushed the opening-weekend box-office, scoring the highest domestic, international and worldwide openings of all time.  The film has taken in more than $1.6 billion globally to become the third-highest grossing film in history.  Now fans can experience the thrill and awe when Jurassic World arrives on Digital HD on October 1, 2015 and on 3-D Blu-ray™, Blu-ray™, DVD and On Demand on October 20, 2015, from Universal Pictures Home Entertainment.  More than two decades since Steven Spielberg'sJurassic Park was released, fans of the original films and new moviegoers alike can witness the story come full circle as the park that was only a promise comes to life.

Now, 22 years later, an even bigger and enormously popular attraction has risen on Isla Nubar: Jurassic World. To keep attendance high, the park operators introduce a new, genetically modified hybrid creature called Indominus Rex. Bigger, stronger and far more intelligent than any dinosaur that ever walked the earth; the secretive new breed also proves more dangerous than anyone ever anticipated. Executive-produced by franchise creator Steven Spielberg and directed by Colin Trevorrow (Safety Not Guaranteed), Jurassic World stars Chris Pratt (Guardians of the Galaxy, "Parks and Recreation") as Owen Grady, the park's ex-military expert in animal behavior, and Bryce Dallas Howard (The Help, The Twilight Saga), as Claire Dearing, Jurassic World's driven careerist, teaming up to save the park's tourists when chaos erupts.