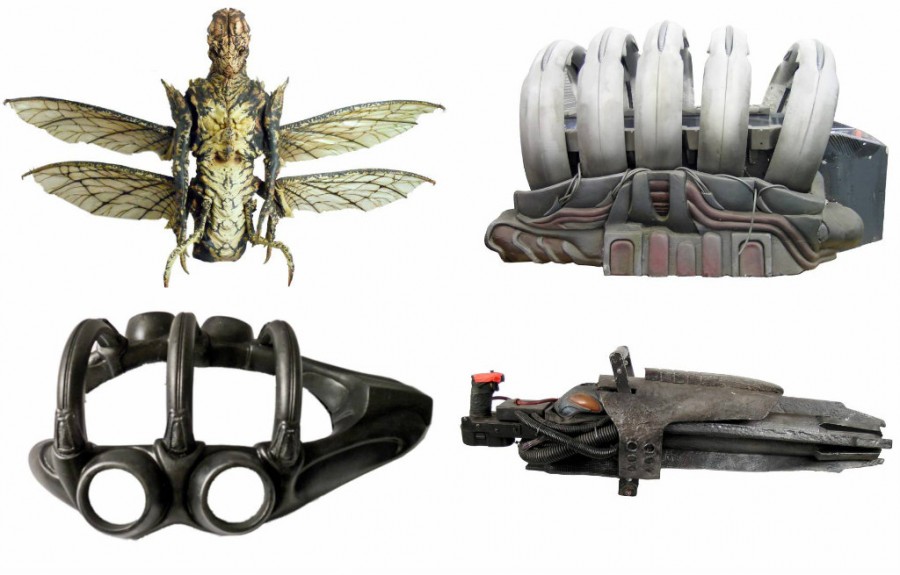 Clear out your weekend schedule Falling Skies fans. This upcoming weekend Premiere Props will be auctioning off over 1500 props from TNT’s hit series Falling Skies this Saturday, August 29 and Sunday, August 30 at their headquarters in El Segundo, CA.

The auction features items from all five seasons of the series and allows fans the chance to own memorabilia from their favorite show.

The series finale (Reborn) will air on Sunday, August 30 at 10:00pm (ET/PT) on TNT.  The final standoff brings the Masons, the 2nd Mass, and their new allies into the bowels of an iconic American location, wrought with new and unpredictable obstacles. Despite great loss along the way, they must persevere with hopes of once and for all reclaiming Earth and humanity.

There will be a preview each day from 9-11am PT with the live auction beginning at 11am PT.

Fans can start bidding now, by placing bids online at http://www.icollector.com/, http://www.liveauctioneers.com and http://www.invaluable.com or calling to set up phone bidding with a Premiere Props representative.

Collectors can place proxy bids until the Hollywood Extravaganza Auction goes LIVE at 11am PT on Saturday, August 29, 2015.