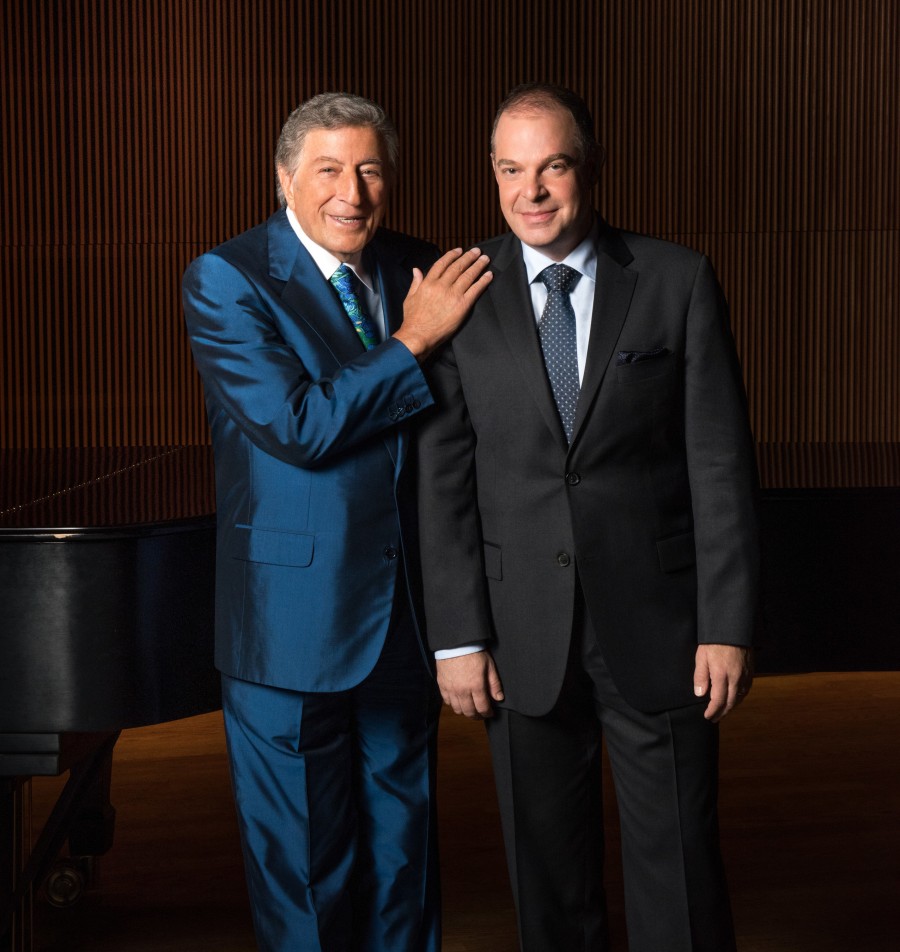 RPM/Columbia Records announced the release of The Silver Lining: The Songs of Jerome Kern, a new album from American musical legend Tony Bennett and acclaimed jazz pianist Bill Charlap, arriving Friday, September 25, 2015. The album is available for pre-order beginning today at Amazon.com at http://smarturl.it/silverlining_amazon and iTunes at http://smarturl.it/silverlining_itunes.

Following the enormous success of his #1, Grammy-Award winning album with Lady Gaga, Cheek To Cheek, this new release continues the classic series of Tony Bennett album releases celebrating the essentials of the Great American Songbook. The Silver Lining: The Songs of Jerome Kern is an appreciation of the genius of Jerome David Kern (1885-1945), one of the 20th century's most important American composers of musical theater and popular music.

Tony Bennett is the only artist to successfully bridge the worlds of pop music and jazz on an international scale for over 60 years. The Silver Lining: The Songs of Jerome Kernbecome parts of a timeless legacy of recordings that Bennett has done throughout his career that have embraced both genres, in particular the revered piano jazz albums that he recorded with the late Bill Evans in 1975 and 1977. Tony has become synonymous with the pop/jazz connection and in recent years has been a mentor to contemporary artists such as Lady Gaga and the late Amy Winehouse in encouraging them to embrace jazz music. With his 90th birthday less than a year away, The Silver Lining: The Songs of Jerome Kern defines what makes Tony Bennett unique in the pantheon of great singers and is a testament to the legacy that he continues to create as a recording artist and influence in the music industry.