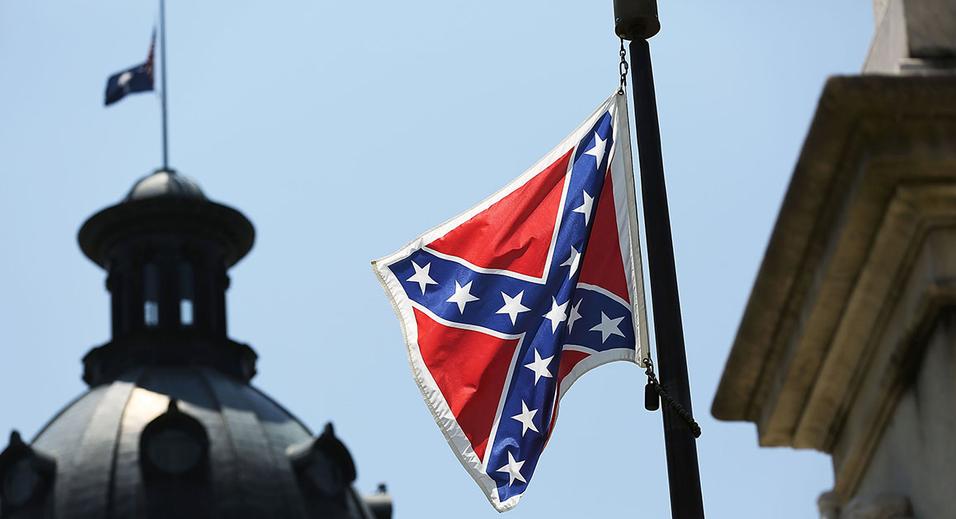 In the early hours of the morning, the South Carolina legislature voted to remove the Confederate Battle Flag that has flown on State Capitol grounds for over 50 years. The final 94 to 20 vote in the state's House of Representatives comes in the wake of the massacre at Emanuel African Methodist Episcopal Church in Charleston last month, carried out by confessed gunman Dylann Roof.

Today, SC Governor Nikki Haley signed into law a measure that would permanently remove the flag. It is scheduled to come down on Friday at 10AM local time.

This move is the culmination of a years long effort that was reignited by last month's attack. Similar calls to remove Confederate names from state monuments and property have spread across the South in states including Alabama, Tennessee, Mississippi, Virginia, North Carolina and Maryland. Retailers, such as Walmart, have halted sales of the flag. The National Park Service has also ceased to carry the emblem as a memento for visitors to the parks system.

Haley, who previously opposed calls to remove the flag, shifted her view in the outcry that followed the shooting. Last month, she called for the removal of the Confederate flag from state grounds. Haley said in a speech, "For many people in our state, the flag stands for traditions that are noble. Traditions of history, of heritage, and of ancestry. At the same time, for many others in South Carolina, the flag is a deeply offensive symbol of a brutally oppressive past." Her actions reflect the conversations in the South on the context behind the flag's presence in its populations.

FYI
Know Your History: The Voting Rights Act Was Signed 50 Years Ago

Lifestyle
Protect Your Trees This August For "Tree Check Month"