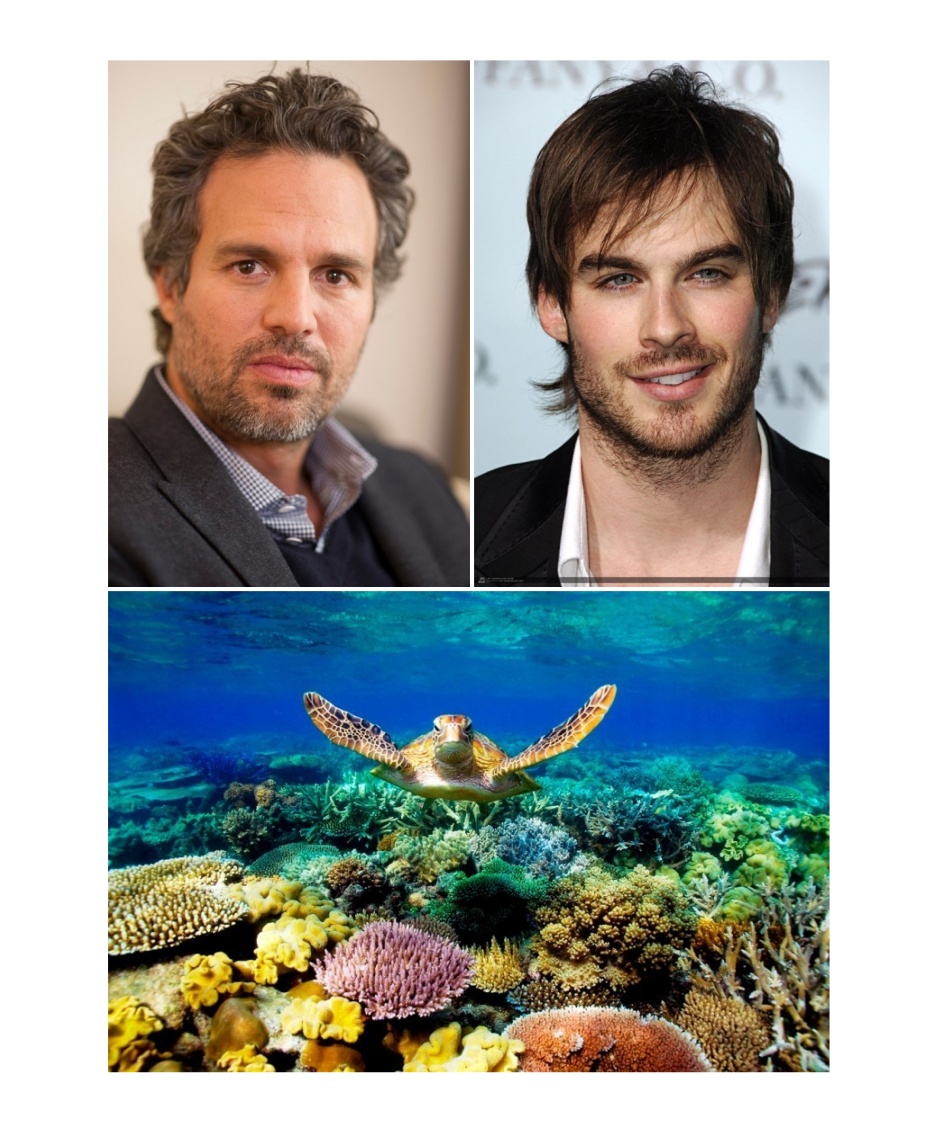 Vampire Diaries star Ian Somerhalder added "In our lifetime, half the coral cover of the Great Barrier Reef has gone. Really let that sink in... can you imagine a world without coral?  But we are the generation that can reverse this massive destruction—not only for our oceans health but for all forms of life on this planet, including our own. We must stop coal development on the Great Barrier Reef and we must stop it now."

A large and diverse group of organisations, scientists, environmentalists and individuals is campaigning to save the Great Barrier Reef. Earlier this week the World Heritage Committee of UNESCO concluded that the health of the Reef was poor and demanded the Australian government report-back in 18 months time on concrete action taken to save the Reef.

Greenpeace is calling on Tony Abbott, the Austrailian Prime Minister, to stop trying to prop up a dying coal industry that is killing the Great Barrier Reef and driving climate change; remove port expansion loopholes from the government's Reef 2050 plan; cancel the Carmichael mega-mine and the Abbot Point coal port expansion and instead invest in a sustainable energy industry that will provide secure jobs and a sustainable future for Queensland workers and the Reef.

In addition, Greenpeace is calling on financial institutions who are considering investing in the Carmichael mega-mine and Abbot Point coal port expansion to recognise that they will be investing in the destruction of a World Heritage Area, the world's largest living thing, and should cancel any further financial involvement in the projects.