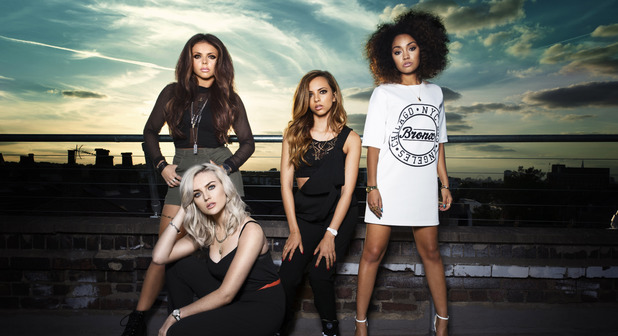 Additionally, Candie’s, the exclusive apparel sponsor of TEEN CHOICE 2015, will unveil its back-to-school television commercials, featuring award-winning music sensation Fifth Harmony, during the live broadcast. The brand will debut a series of six commercials throughout the show. In addition, Fifth Harmony will present the Candie's Choice Style Icon Award. This award will be given to the most stylish and fashionable girl of 2015, a girl who is confident in her fashion choices and has influenced fashion trends over the last year.

Perrie Edwards, Jesy Nelson, Leigh-Anne Pinnock and Jade Thirlwall became Little Mix in 2011. They swiftly became one of the premier acts in U.K. pop with chart hits such as “DNA,” “Move” and their No. 1 single, “Wings.” The group has won both a Cosmo Ultimate Woman Award and a Glamour Women Of The Year Award. Clocking more than half a billion YouTube and Vevo views worldwide, they’ve also successfully become one of the U.K.’s greatest exports, with massive tours in the U.S., Australia and Japan – breaking the Spice Girls’ long-held record of highest debut U.S. chart position for a U.K. girl group, in the process. Little Mix’s new album will be released later this year. Little Mix’s new album will be released later this year. The video for the first single “Black Magic” has amassed more than fifteen million views since its release, check it out here: http://smarturl.it/LMBmagicVidYT.

TEEN CHOICE 2015 is executive-produced by Bob Bain and Michael Burg. Paul Flattery and Kelly Brock serve as producers and Greg Sills serves as supervising producer. “Like” TEEN CHOICE 2015 on Facebook at facebook.com/TeenChoiceAwards. Follow the action on Twitter @TeenChoiceFox and join the discussion at #teenchoice. See photos and videos on Instagram by following @teenchoicefox.

Television
The Brothers Of "EMPIRE" Take The Teen Choice Stage