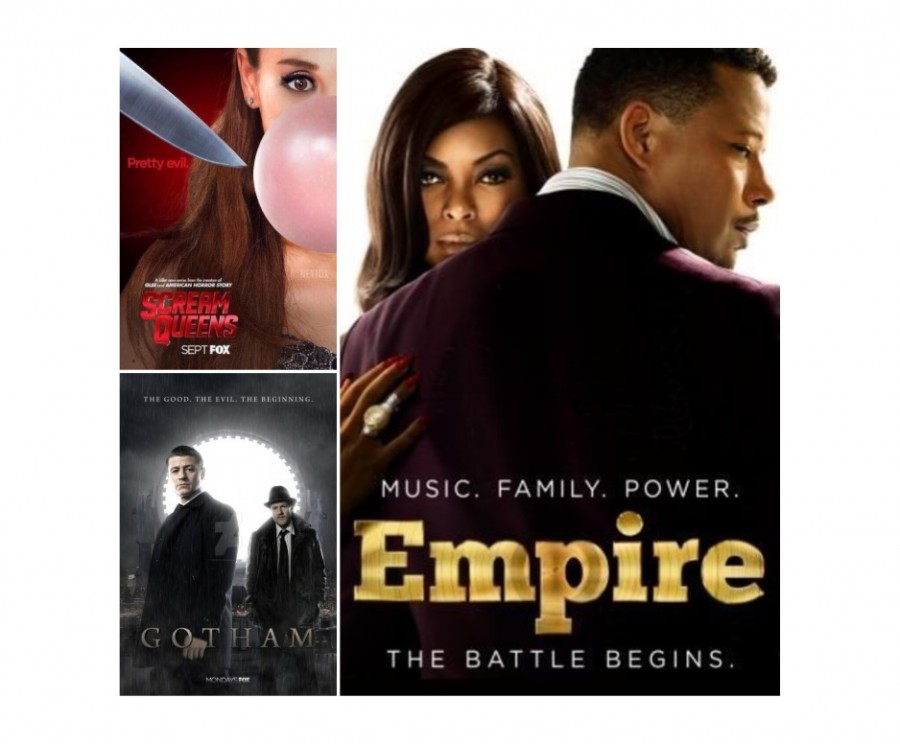 Mark your calendars, FOX has announced the premiere dates for their 2015-2016 season!

The stakes are higher than ever as GOTHAM explores the origin stories of some of the most ambitious and depraved Super Villains, including The Riddler, The Joker and Mr. Freeze, and Bruce Wayne (David Mazouz) uncovers more secrets from his father’s past, in the Season Two debut on Monday, Sept. 21 (8:00-9:00 PM ET/PT), followed by the series premiere of futuristic crime drama MINORITY REPORT (9:00-10:00 PM ET/PT). Based on Steven Spielberg’s international blockbuster film and the first of his films to be adapted for television, MINORITY REPORT follows the partnership between a man (Stark Sands, “Inside Llewyn Davis”) haunted by the future and a cop (Meagan Good, “Think Like A Man” franchise, “Californication”) haunted by her past, as they race to stop the worst crimes before they happen.

On Tuesday, Sept. 29, new comedies GRANDFATHERED (8:00-8:30 PM ET/PT) and THE GRINDER (8:30-9:00 PM ET/PT) kick off an all-new Tuesday. GRANDFATHERED is a coming-of-middle-age story starring John Stamos (“Full House,” “ER”) as the ultimate bachelor whose life is turned upside down when he discovers he’s not only a father, but a grandfather. The series also stars Josh Peck (“The Mindy Project”).

Set against the vibrant backdrop of one of the world’s hottest cities – Miami – new medical procedural ROSEWOOD premieres on Wednesday, Sept. 23 (8:00-9:00 PM ET/PT). The series stars Morris Chestnut (“Nurse Jackie,” “The Best Man” franchise) as DR. BEAUMONT ROSEWOOD, JR., the city’s top private pathologist. Brilliant, cool with tons of charisma, Rosewood teams up with the tough-as-nails DETECTIVE ANNALISE VILLA (Jaina Lee Ortiz, “The After”), to uncover clues no one else sees and help the Miami PD solve the city’s most challenging cases.