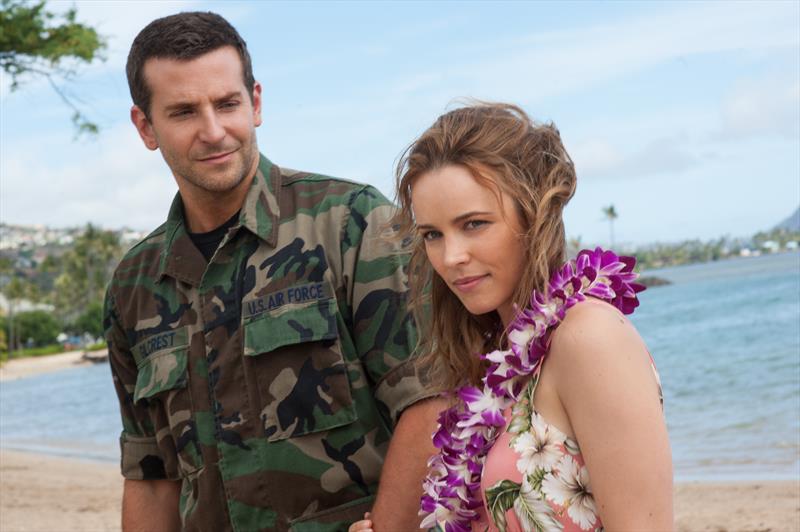 A private military contractor gets caught in a love triangle with his Air Force liaison and an ex-girlfriend in “Aloha,” Cameron Crowe’s latest romantic comedy starring Bradley Cooper, Rachel McAdams and Emma Stone.

A project that surfaced in the news for all the wrong reasons during production – it was alleged that Crowe “whitewashed” Hawaiian culture – “Aloha” is, in the end, a harmless, mostly enjoyable, occasionally slow-paced love story that never quite hits the sweet spot of his two biggest hits, “Jerry Maguire” and “Almost Famous.”  Bolstered by Crowe’s signature dialogue, a pitch-perfect Hawaiian inflected soundtrack and a first-rate cast with sturdy supporting turns from Bill Murray, Alec Baldwin and John Krasinski, the film has enough strengths to forgive the unoriginal romance at its center.

In the film, Cooper plays Brian Gilcrist, a former Honolulu-based military man who moved to private defense contracting following the financial collapse of 2008. Coming off a reputation-damaging job in Afghanistan that nearly left him dead, Gilchrist is given a shot at redemption when his billionaire boss (Bill Murray) sends him back to Honolulu to clear the political road for a major space exploration contract. 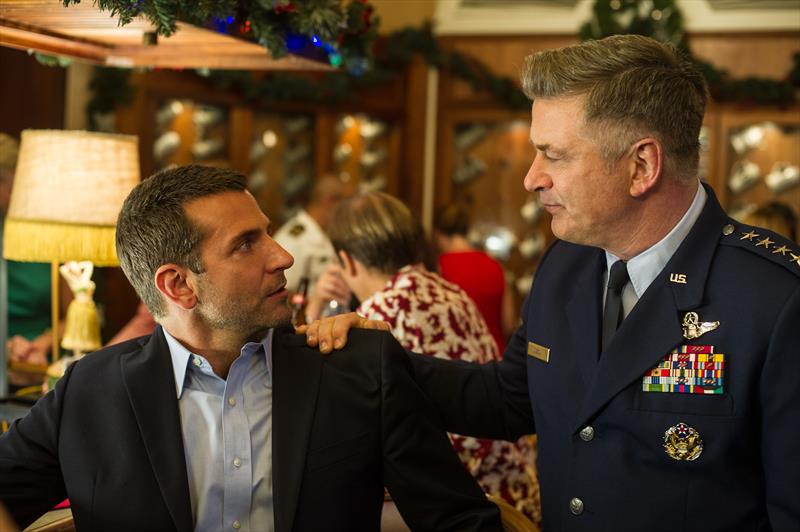 However, since Gilcrist left behind a lot of bad vibes in Hawaii, his return is bittersweet, most noticeably when he sees his ex-girlfriend, Tracy (Rachel McAdams). Now married with children to Gilchrist’s former Air Force coworker (John Krasinski), Tracy’s reunion with her one-time lover washes up a wave of long-forgotten emotions, and also unearths some harsh truths about her current marriage.

With this nostalgia hanging in the Pacific air, it doesn’t take long for Gilcrist to get back in the loving spirit and fall for the unreasonably cute Allison Ng (Emma Stone), an Air Force fighter pilot assigned to him. As Gilcrist makes some headway with getting contract approval from the local community leaders, Allison helps him soften up and get in touch with his inner Islander.  But when Gilcrist faces a perfect storm of complications in both his personal and professional lives, he has to come to terms with some decisions from his past in order to brighten his future.

With his eighth feature film, writer-director Cameron Crowe continues to display his knack for creating credible, multi-dimensional characters with distinct mannerisms and speech patterns. As a former journalist – Crowe was a teenage reporter for Rolling Stone, a topic he explored in “Almost Famous” – you can feel his dedication to authenticity throughout, particularly with the Air Force scenes and those with the community leaders. Story-wise, the script loses some steam in the second act, and while most will find the romantic resolution to be fulfilling, they’ll also find it entirely predictable. Thankfully, his whip-smart dialogue and situational humor largely make up for these weaknesses. 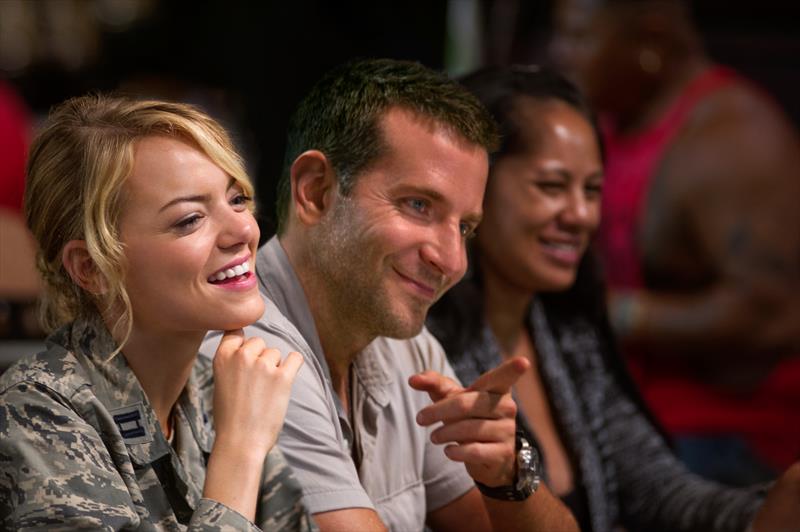 It’s hard to go completely wrong when you’re dealing with a cast of “Aloha’s” caliber. Bradley Cooper is one of the most in-demand actors on the planet, and with his charm and versatility, it’s easy to see why. The role of Gilcrist requires him to rely on his dramatic and comedic talents in equal measure, and his screen presence keep us engaged even when the love story falters. As the overachieving Air Force pilot assigned to Gilcrist, Emma Stone is downright loveable in a role that nicely personifies the film’s ironic setting of strict military life in a place as mellow as Hawaii. Rachel McAdams isn’t offered as showy a character as Emma Stone’s, though she still turns in a reliable performance, but I’m more curious to see what’s in store for her in season 2 of “True Detective.”

Notable supporting actors include Air Force members Danny McBride as a fidgety colonel and occasional Christmas party DJ; Alec Baldwin as a four-star general who communicates in stroke-inducing tirades; and John Krasinski as a conversationally challenged pilot who bypasses words in favor of head nods and bro hugs. And as eccentric biliionaire Carson Welch, Bill Murray earns a couple solid laughs and also shows off some killer dance moves.

Rated: PG-13 for some language including suggestive comments

Television
Too Early For Christmas? Not With Bull Murray On Netflix