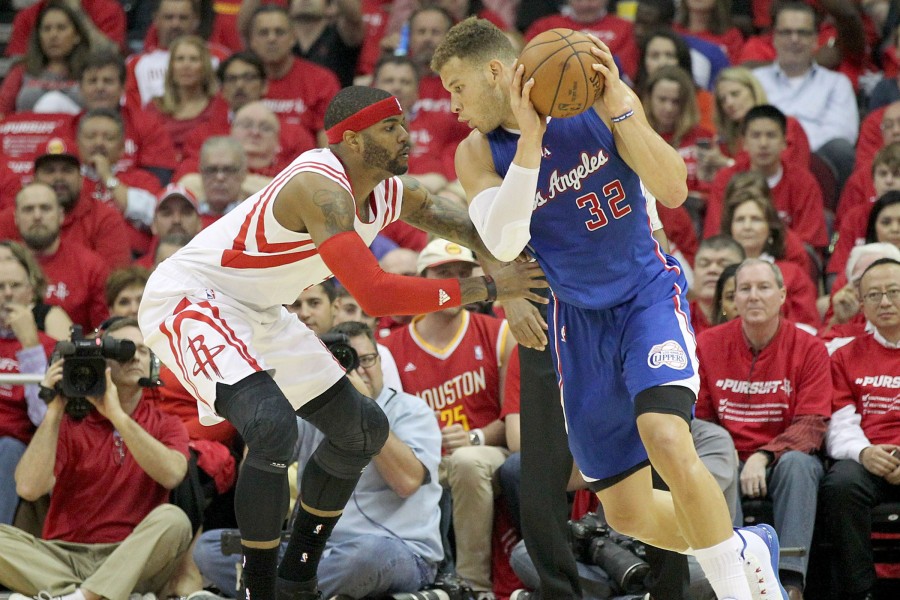 Just 48 hours after the Los Angeles Clippers won an emotional and hard-fought game 7 against the defending-champion San Antonio Spurs to advance to the second round, the team went into Houston for game 1 and caught a well-rested Houston Rockets team apparently still resting. The Los Angeles Clippers took advantage of inconsistent effort and execution from the Houston Rockets to win Game 1, 117-101, and steal homecourt advantage. Blake Griffin finished with a triple-double while Dwight Howard led the Rockets with 22 points. Los Angeles was without Chris Paul, which makes the win even more impressive than a typical road upset. The start of the game was predictably sloppy.

The Rockets had not played in six days and the Clippers were missing Paul, out with a hamstring injury. The two teams combined to turn the ball over 27 times in the first half, including some unbelievable ones in transition. The bad execution in the first half prevented both squads from establishing their stars on offense, relying instead on transition points and buckets from role players to stay afloat. With Griffin leading the way and setting his teammates up, the Clippers exploded offensively in the third quarter, scoring 37 points. J.J. Redick, who was scoreless in the first half, poured in 12 and as a team Los Angeles went 6-for-6 from outside. Turnovers continued to plague the Rockets and the upset looked likely when the Clippers went into the final period up six. The Rockets tried to come back by using the “hack-a-Jordan” strategy, but it  didn’t work and the Clippers took Game 1 on the road.