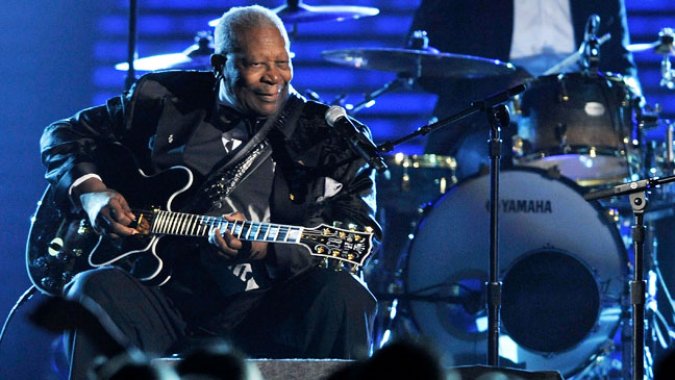 Blues legend B.B. King was in hospice care Friday at his home in Las Vegas, according to a longtime business associate with legal control over his affairs. The 89-year-old musician posted thanks on his official website for fans’ well-wishes and prayers after he returned home from a brief hospitalization, said Laverne Toney, King’s longtime business manager and current power-of-attorney. “Mr. King is where he wishes to be,” Toney said. “He’s always told me he doesn’t want to be in a hospital. He wants to be at home.” An ambulance was summoned Thursday after what Las Vegas police Officer Jesse Roybal characterized as a domestic dispute over medical care. No arrests were made, and Roybal said no criminal complaint was filed.

Toney disputed reports by celebrity website TMZ citing one of King’s daughters as saying she called police because she was upset about her father’s condition and that he had suffered a minor heart attack. Efforts by the Associated Press to reach the daughter, Patty King, were not immediately successful. Paramedics checked King’s heart rhythm, and he was treated at the hospital for complications of high blood pressure and diabetes, Toney said. King was diagnosed with diabetes decades ago.

He canceled the final shows of his 2014 tour last October after falling ill in Chicago. The Rock and Roll Hall of Famer is considered one of the greatest guitarists of all time. He has released more than 50 albums and sold millions of records worldwide. His guitar, famously named Lucille, has soared and wailed in songs ranging from “Every Day I Have the Blues” to “When Love Comes to Town” to “The Thrill is Gone.”