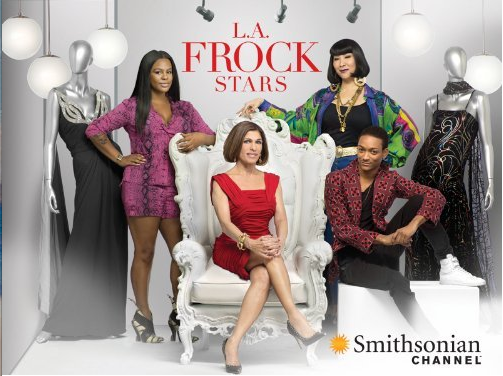 Smithsonian Channel will premiere the second season of its critically-acclaimed original series L.A. FROCK STARS, which follows the doyenne of Hollywood vintage, Doris Raymond, and her Los Angeles shop The Way We Wore®, on Thursday, MARCH 19 at 9 p.m. ET/PT. T

In a series US Weekly called “a feast for the fashion lover’s eye,” and the New York Times said was both “refreshing” and “engaging,” L.A. FROCK STARS features Raymond and her colorful staff assisting an endless stream of clients, from celebrity stylists to top fashion designers, all searching relevant pieces of vintage fashions from the past. Raymond is prized for her tenacity in finding hidden gems and for her encyclopedic knowledge of designer fashion. Back for season two are store manager and vintage virtuoso Sarah Bergman, and sales associate Shelly Lyn, who is close to launching her The Way We Wore inspired jewelry line. A new face this season is assistant store manager Angelika Sjostrom, a recent vintage convert, whose intelligence, enthusiasm and cheerful disposition have made her an invaluable asset to the store.

Raymond, an expert in the history of vintage clothing, has been buying and selling vintage clothing for over thirty years. Her boutique sells women’s fashions from the 1900’s to the ‘80’s, ranging from high profile designers to the world's most iconic fashion figures such as Versace, Chanel, Halston, Dior and more. Over the years, Raymond has also supplied wardrobe for numerous film and television productions, including Mad Men, Boardwalk Empire and American Hustle.