'In The Heart Of The Sea' Movie Review: Ron Howard Directs A Whale Of A Story 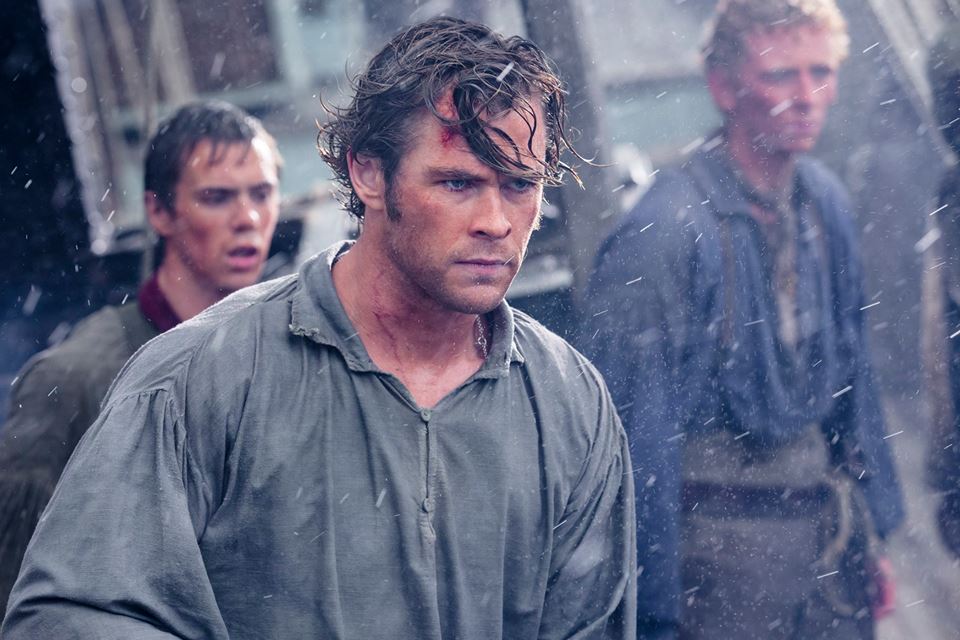 In a directing career that has spanned more than half of a century, Ron Howard has tackled many epic topics. Deep Space in “Apollo 13.” Raging Infernos in “Backdraft.” A tortured genius in “A Beautiful Mind.”  This Friday’s release of “In the Heart of the Sea,” however, might be his most daunting undertaking yet. Taking place during the roaring whaling days of the early 19th century, “In the Heart of the Sea” tells the true story behind one of America’s most treasured novels: Moby Dick. One part creepy creature feature, another part gripping historical adventure, Howard successfully weaves a high octane, high seas tale featuring the most famous whale that has ever lived.

Based on the non-fiction book by Nathaniel Philbrick, and adapted for the screen by Charles Leavitt (Blood Diamond), this 19th century disaster drama takes place aboard the whaling ship Essex, circa 1820.

For the town-folk of the sea village of Nantucket, few jobs outclass and out-pay that of the whaler. In a time before fossil fuel was discovered, whale oil was liquid gold. Enter the long, golden locks and a newly adopted quasi-Boston accent of Chris Hemsworth. The Aussie actor plays First Mate Owen Chase, a hearty seafarer who is one step away from captaining his own vessel.

Unfortunately, the one thing standing in the way of his rightful journey to the captain’s seat is George Pollard (Benjamin Walker). The product of a long line of Nantucket commanders, Pollard is handed the better job — and salary — based on heredity alone. 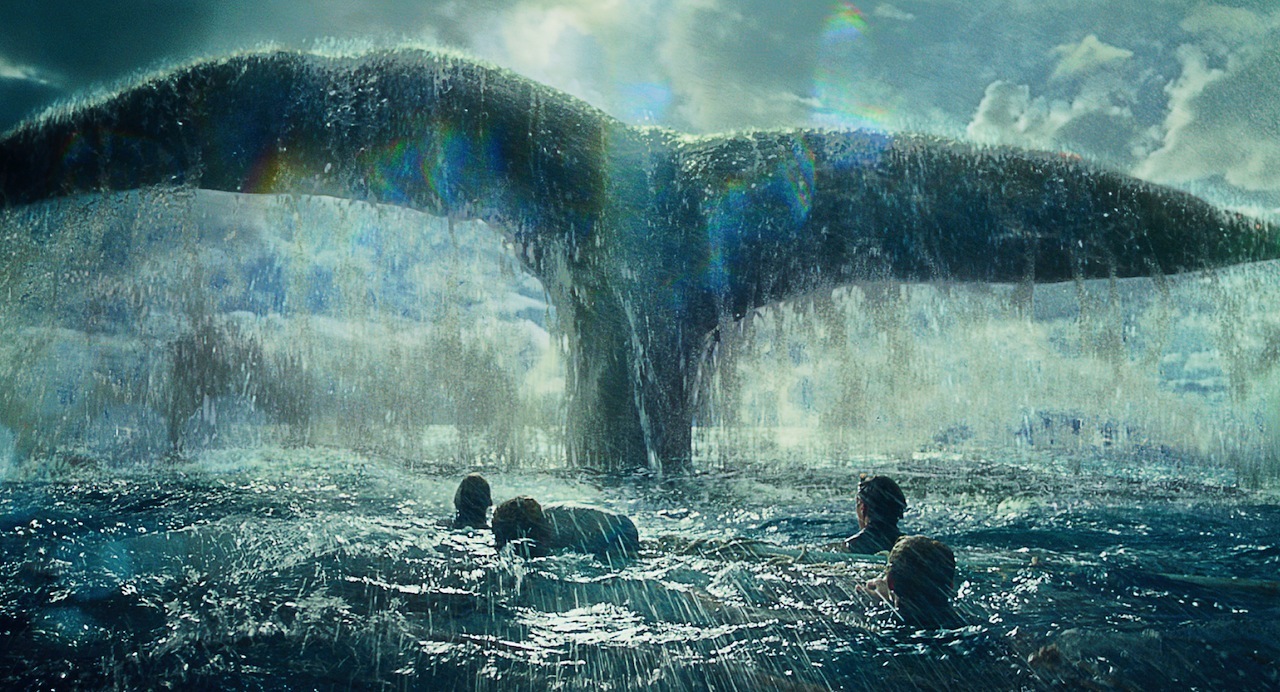 Surnames and petty squabbling quickly becomes irrelevant as the crew sets sail in the hopes of filling their hull with whale oil. Sadly, this task is much harder than it first appears. Despite being one of the largest creatures in the sea, over-whaling has limited the supply of living whales off the coast of Nantucket. This prompts the crew to chase a mistaken report of a pod of hundreds of whales in the South Pacific. This is also where they first encounter a “demon” in the form of a 100-ft. white Sperm Whale.

Even during its tame moments, whaling was not a profession for the faint of heart. Long stretches without food. Seasickness. Cramped quarters. These were the daily occurrences for everyone on board. Now imagine adding a killer whale hell-bent on destroying everything in its wake. Yeah, it’s not a pretty sight.

Howard doesn’t shy away from any of the gory details either.

At its core, the film creates a very authentic and multi-layered depiction of what the whaling industry and life at sea was like in the 1820s. It is this attention to detail that really shows how elite of a director Ron Howard really is. All of the beautiful imagery of the infinite ocean and various sea life that live in it might be great eye candy, but the real magic comes from Howard’s ability to deliver a fresh take on one of the most famous High Seas tales of all time.

Another interesting story mechanic is the fact that the movie alternates between the action taking place in 1820 and an interview between author Herman Melville (Ben Whishaw) and the only remaining living survivor of the Essex disaster Thomas (Brendan Gleeson) 30 years after the fact. 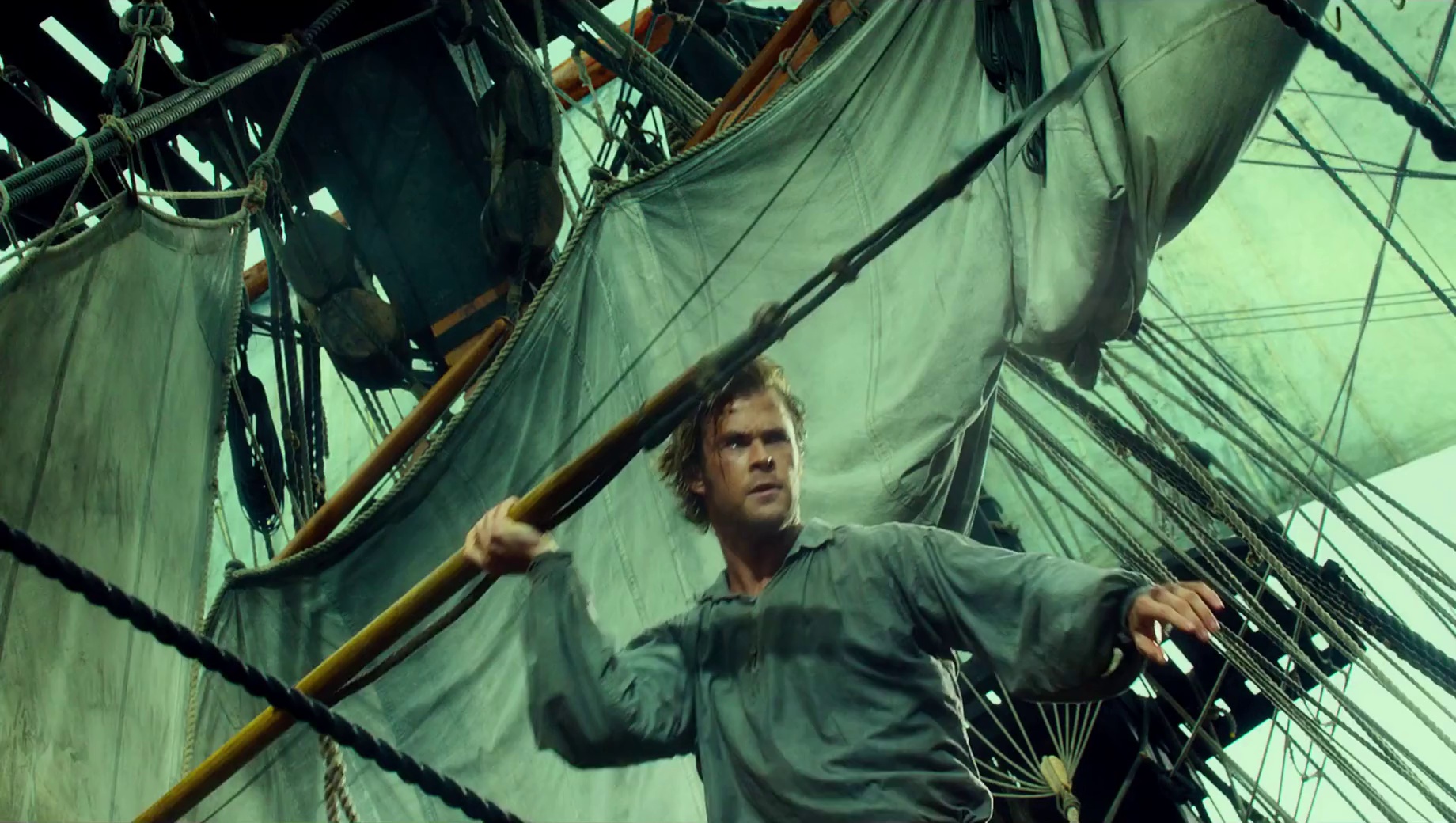 The interview scenes are a bit gimmicky, but at least they provide a sturdy blend of narrative and exposition that doesn’t distract too much from the central story.

As for the acting, Hemsworth brings that same charm and effortless machismo he carries with him no matter who he is playing. He was made to sail the 7-Seas.  Gleeson gives a powerful performance as the haggard and haunted survivor of the harrowing ordeal. Rounding out the very capable cast is Cillian Murphy (Batman Begins) who makes the most out of his meager sidekick role.

There are many exciting moments in “The Heart of the Sea” due mostly in part to stunning visual effects and the pure star power of its leading man Chris Hemsworth. Despite a very slow opening and a somewhat tepid ending, Howard’s latest offering is nonetheless a fresh take on one of America’s most important novels.

Come for the 100-ft. whale, stay for the gripping survival drama that ensues.

Film
Movie Review: 'By The Sea' Drowns In Its Own Self-Indulgence

Film
Movie Review: Will Smith Goes Head-to-Head with the NFL in ‘Concussion’