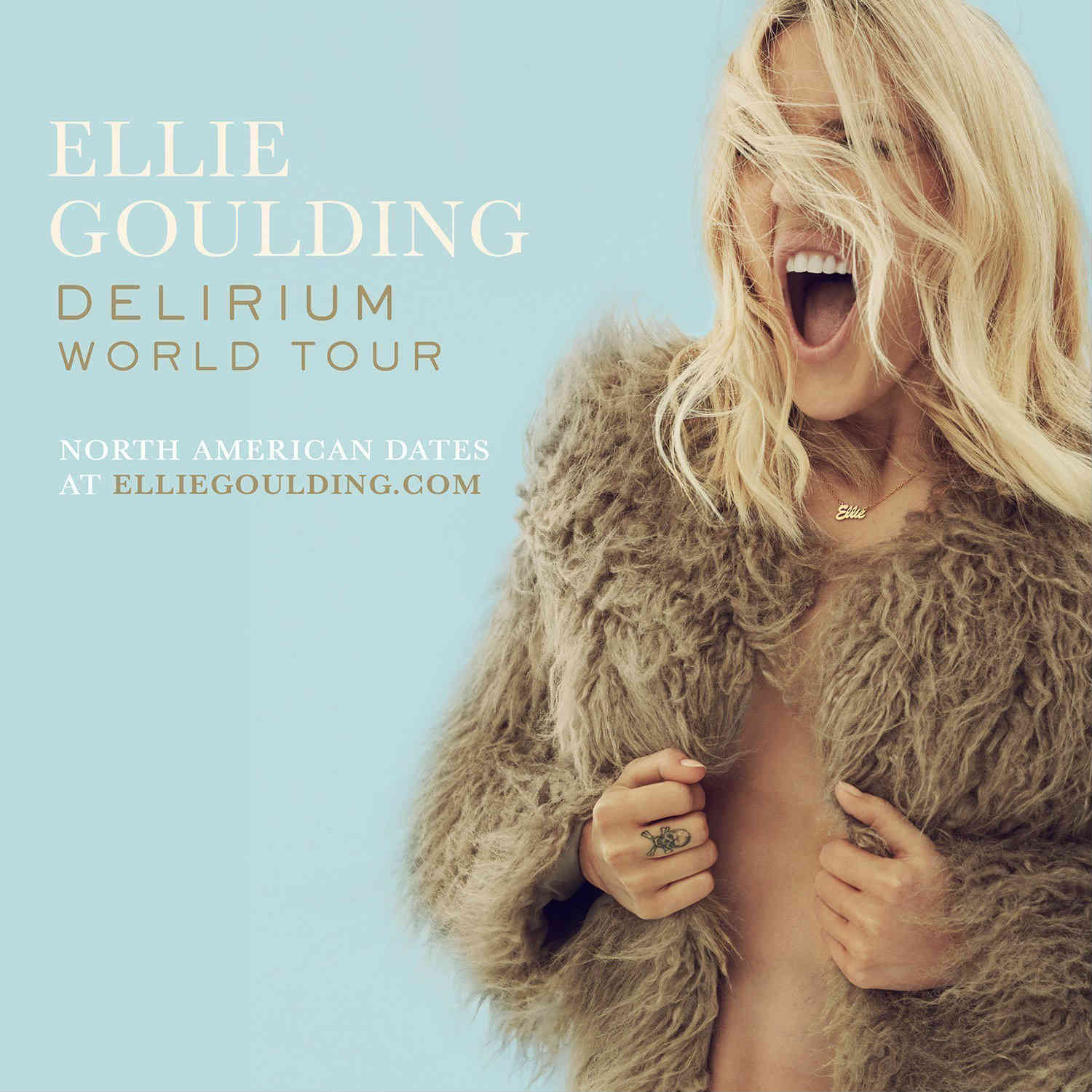 Ellie Goulding announces dates for the North American leg of her Delirium World Tour, which kicks off on April 1st, 2016, in Vancouver and crisscrosses the continent through the end of June when it wraps up with a show at New York City's Madison Square Garden.

Goulding will be touring in support of her third studio album Delirium, which will be released on November 6thvia Cherrytree/Interscope Records. The album is currently available for pre-order and those who do will receive instant downloads: the first single "On My Mind," "Something In The Way You Move," "Lost and Found" and "Army."