Round 4: Ricky Gervais Returns To Host The Golden Globes 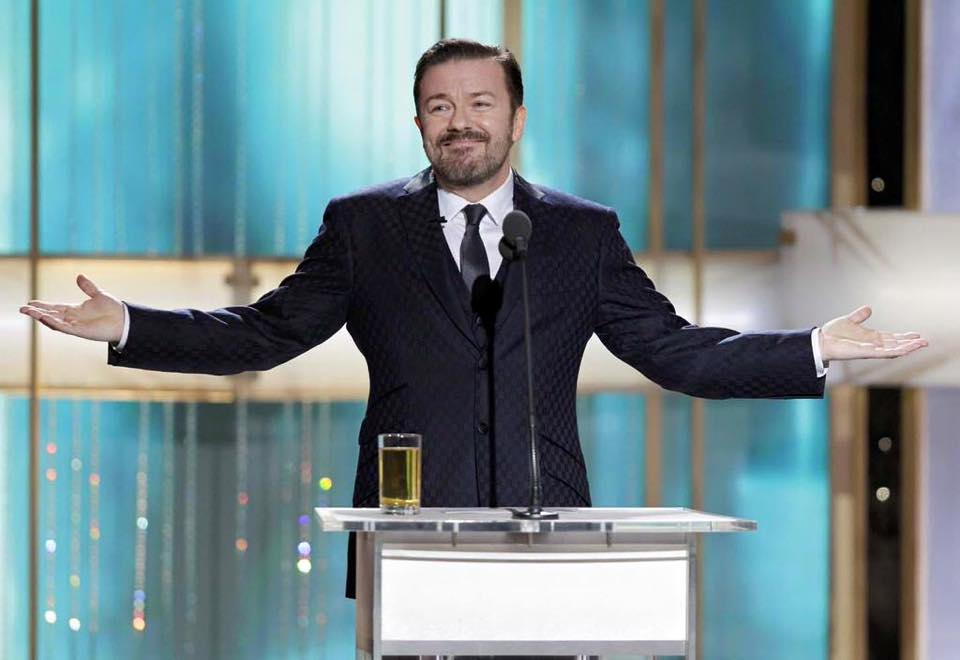 It's the year of returning when it comes to hosting award shows in 2016! Multiple Golden Globe nominee and winner Ricky Gervais will be back to the Golden Globe Awards' stage after hosting the show in 2010, 2011 and 2012!

The three-hour ceremony serves as the official kick-off to awards season and will be aired live coast to coast from 8-11 p.m. ET on NBC.

“Ricky Gervais left us with a lasting impression and we are thrilled to have him back in our show as we honor the best in film and television,” said Lorenzo Soria, President of the Hollywood Foreign Press Association®. “His off-the-cuff wit and quirky charm will surely have the room and audiences around the world at the edge of their seats.”