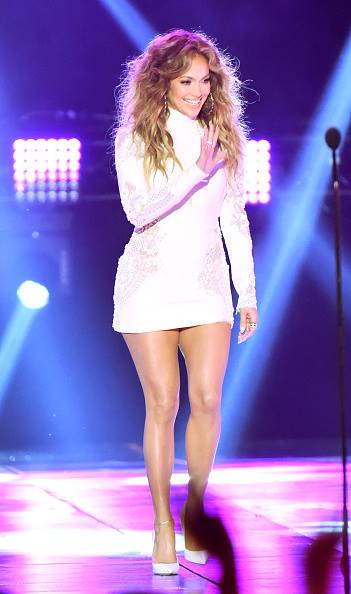 The American Music Awards announced on Thursday that Jennifer Lopez will hist the 2015 award show.

Lopez received her first AMAs nomination in 2000 and took home her first AMAs win in 2003. At last year's AMAs the superstar performed with Iggy Azalea.

Lopez will perform her Las Vegas show, “All I Have" in January 2016 at The AXIS at Planet Hollywood Resort & Casino.

The “2015 American Music Awards” will broadcast live from the Microsoft Theater in Los Angeles on SUNDAY, NOVEMBER 22 8|7c on ABC. The show will feature the hottest performances from today’s biggest artists and present fan-voted awards in the categories of Pop/Rock, Country, Rap/Hip-Hop, Soul/R&B, Alternative Rock, Adult Contemporary, Latin, Contemporary Inspirational, Electronic Dance Music, as well as categories for New Artist of the Year Presented by Kohl’s, Artist of the Year, Song of the Year and Top Soundtrack.

Music
One Direction To Perform At 2015 American Music Awards