One Direction Will Release "Midnight Memories" Album This November 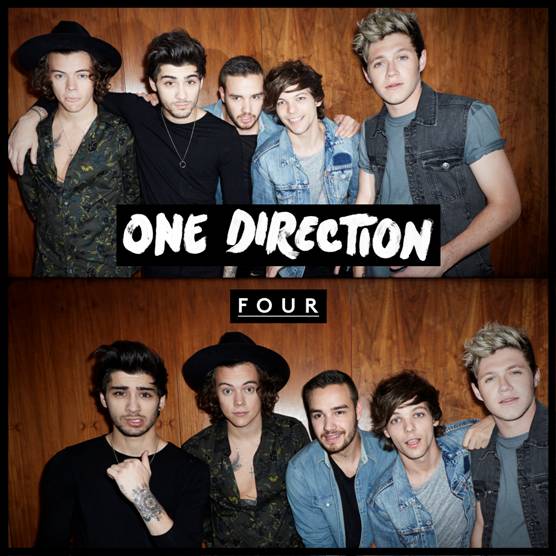 British pop superstars One Direction have announced the global release of their eagerly anticipated fourth studio album, FOUR, on November 17, 2014 via Syco/Columbia Records. The follow-up to their third album MIDNIGHT MEMORIES, the world’s bestselling album of 2013, FOUR is available for pre-order today: http://smarturl.it/1DFouriTdlx.

To celebrate the announcement, One Direction are offering fans a download of a brand new track “Fireproof,” a first look from the new album FOUR. Fans can download the track for free from the bands official website www.onedirectionmusic.com for 24 hours only. “Fireproof” is written by Louis Tomlinson and Liam Payne, along with John Ryan, Jamie Scott and Julian Bunetta.

With a staggering 94 number ones and over 46 million records sold, in just four short years, One Direction have gone from energetic pop upstarts to international superstars. The band’s third album MIDNIGHT MEMORIES made them the first band in history to debut at the top of the US Billboard 200 album chart with their first three albums and were named the IFPI’s Global Artist of 2013, becoming the biggest selling act in the world.

As the band's song writing becomes more personal with each record, FOUR is set to be their most stunning yet. The album follows the global success of their huge sell out WHERE WE ARE stadium tour and the 3D film documentary THIS IS US. Add all this to their 3 billion YouTube views, 109 million combined Twitter followers and 33 million Facebook fans and it’s clear that Liam, Harry, Louis, Niall and Zayn genuinely are a worldwide phenomenon.

Film
Movie Review: "Frank" Is A Feat Of Eccentric Brilliance