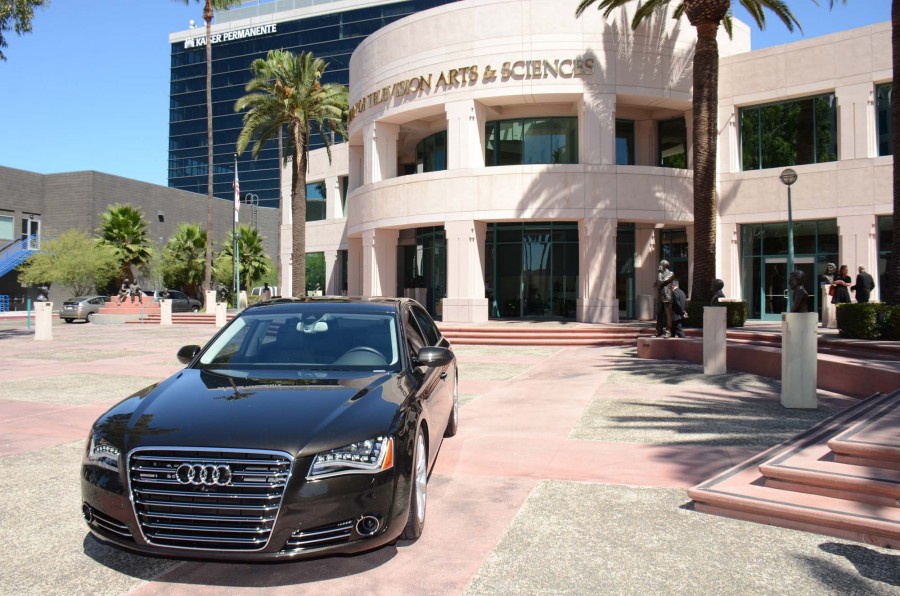 Audi is returning for the fourth consecutive year as the official automotive sponsor and vehicle provider of the Television Academy with NBCUniversal and will highlight the brand’s all-new Q3 crossover throughout the 66th Emmy Awards, showcasing the brand’s dedication to performance and style. This year, Audi is elevating its sponsorship with a promotional campaign across NBCUniversal’s portfolio of networks, including NBC, USA, E! and digital platforms, leading up to the Primetime Emmy Awards with its #OffScript series starring Emmy-nominated actor, writer and comedian Fred Armisen and showcasing the Audi Q3.

The spots will bring to life the theme of the Audi Q3 campaign, illustrating how “life is more interesting when you go off script,” in a fun, comedic way. Conceived and produced in partnership with NBCUniversal’s creative teams, the content will feature cameos by Krysten Ritter, JB Smoove and Norm Macdonald, who will also star in their own online videos that will be released during the Emmys telecast.

“Audi is thrilled to be returning as a sponsor of the Television Academy and we are excited to support and recognize television’s top talent,” said Loren Angelo, Director of Marketing for Audi of America. “The brand’s multi-platform collaboration with the Academy and NBCUniversal continues to underscore our long-standing presence within the entertainment industry year after year. We look forward to honoring Hollywood’s brightest stars and introducing the all-new Audi Q3, demonstrating the brand’s devotion to style, technology and performance on television’s biggest night.”

The spots will highlight Armisen’s ability to create a range of characters as he presents a tongue-in-cheek, behind-the-scenes look at what it takes to make an Emmy-worthy comedy, drama and reality show.  The content will feature the all-new Audi Q3 crossover and will bring to life the idea that “life is more interesting when you go off script,” seamlessly tying into the theme of Audi’s Q3 campaign. Going off script and taking advantage of life’s opportunities is showcased both in the spots and in the performance engineered agility that the new Audi Q3 offers, delivering unrivaled style and performance to first time luxury crossover buyers. The series of spots will air leading up to and during the 66th Emmy Awards telecast on various NBCUniversal TV properties and digital networks.

Each cameo actor will star in their own digital video that relates to a specific Emmy category which will be released via social media in advance of that category’s award during the Emmys telecast.  Each actor will appear in a comedic faux-documentary style behind-the-scenes interview, acting in full character from their roles in the promo spots leading up to the show. These spots will also be released simultaneously on NBC.com/offscript and via NBC’s social media channels.

“Audi knows the importance of event-driven premium video programming and connecting that with the content we created specifically for real-time social integrations on the day of the Emmy Awards drives very powerful viewer engagement,” said Sari Feinberg, Senior Vice President, Client Solutions, Advertising Sales, NBCUniversal. “This partnership reflects our commitment to deliver a comprehensive creative experience so our advertisers can reach our diverse audiences across all platforms in a meaningful way.”