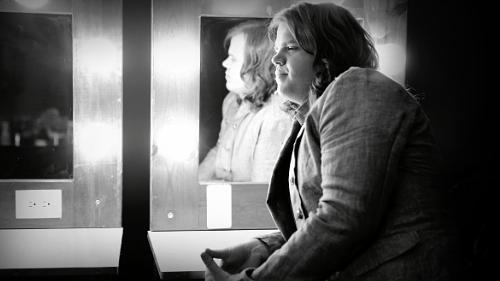 Caleb Johnson, the newly crowned Season 13 winner of AMERICAN IDOL, will continue what has become tradition and join the previously announced star studded performers in paying tribute to the service and sacrifice of all our men and women in uniform, their families at home and those who have made the ultimate sacrifice for our country.  Sunday, May 25 marksCaleb Johnson's first live television performance since the AMERICAN IDOL finale on May 21.

Like American Idol winners before him, he will perform the "National Anthem" to open the 25th annual broadcast of the NATIONAL MEMORIAL DAY CONCERT, airing live on PBS from the West Lawn of the U.S. Capitol from 8:00 to 9:30 p.m. ET, before an on-site audience of hundreds of thousands, millions more at home, as well as to our troops serving around the world on the American Forces Network.

Next, Caleb Johnson will release his self-titled debut album, which is available now for pre-order on the iTunes Store [http://smarturl.it/CalebJAlbum]. Caleb will also embark on the American Idol Live! 2014 concert tour. The 41-show tour kicks off June 24. Tickets are on sale now via www.americanidol.com/tour.