Movie Review: “Brick Mansions” Is Another Walk On The Wild Side For Paul Walker 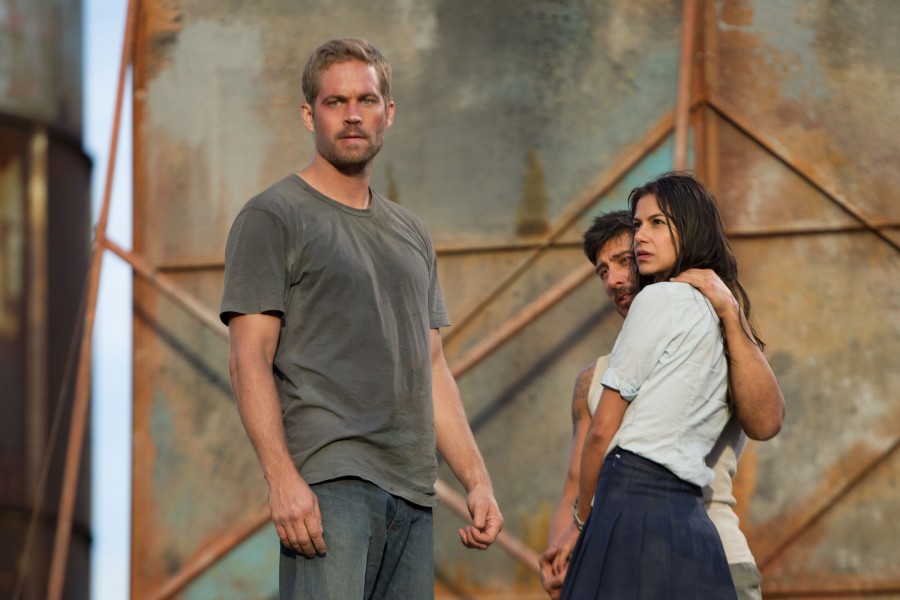 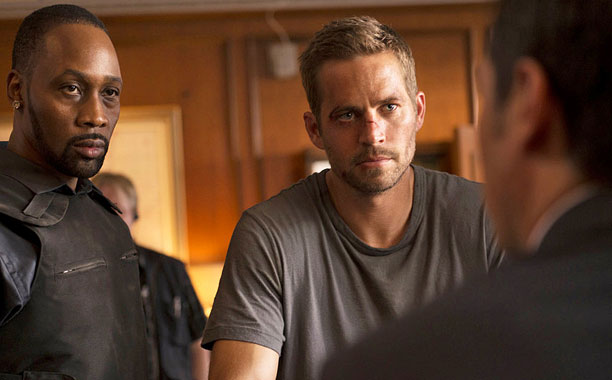 In the world of action movies, Paul Walker is a legend. With the help of co-star Vin Diesel, the pair elevated street racing from an obscure illegal activity into a global film franchise. Sadly, he will also be remembered for his untimely passing late last year. “Brick Mansions,” director Camille Delamarre’s feature film debut, is one of the last times fans will be able to see Paul Walker on the big screen. While the film isn’t nearly as entertaining as his previous work, the action icon definitely raises this less than mediocre movie every scene he’s in and certainly shows why he will be missed by so many.

Based on the successful French film “District B-13”, this Americanized version —renamed “Brick Mansions” — takes place in a dystopian not-far-in-the-future vision of Detroit. It tells the story of an unlikely bond between an undercover cop (Walker) and a convict with a golden heart (David Belle). Sound familiar? That’s because it’s essentially “The Fast and the Furious” minus all of the racing. Instead of souped-up sports cars, its adrenaline pumping sequences are created by dazzling arrays of jumping, hopping, and running — or what is commonly referred to as parkour.

David Belle, the original star of the French versions, is a modern marvel of the human form. Sure, his line delivery sounds more like a 5th grader reading his latest book report in front of the class rather than actual acting. But when it comes to crazy stunts, he’s a true A-lister. It’s crazy what the guy can do.

Belle plays the aforementioned convict named Lino. Kind of like a French Batman, Lino spends his days trying to make life better for his fellow citizens living in the urban decay of Detroit’s Brick Mansions project. With all of its empty buildings and crumbling infrastructure, the city makes for the perfect playground for a parkour master to ply his craft. Delamarre and set designer Jean-Andre Carriere (X-Men: Days of Future Past) do not skimp on creating intense action sequences, and Belle lives up to all of the high-flying hype.

Where Lino is fighting for street justice, Walker’s character Damien Collier wants actual justice — especially when it comes to his murdered father. After a top secret nuclear bomb goes missing, Damien might finally have the chance to take down the man that killed his father. Yet, when the by-the-book cop is sent undercover to infiltrate and destroy the drug kingpin that stole the bomb, in the Brick Mansion zone of course, it doesn’t take long for him to second guess where his allegiance truly lies. The cops or his new best friend Lino? It’s a tough choice. 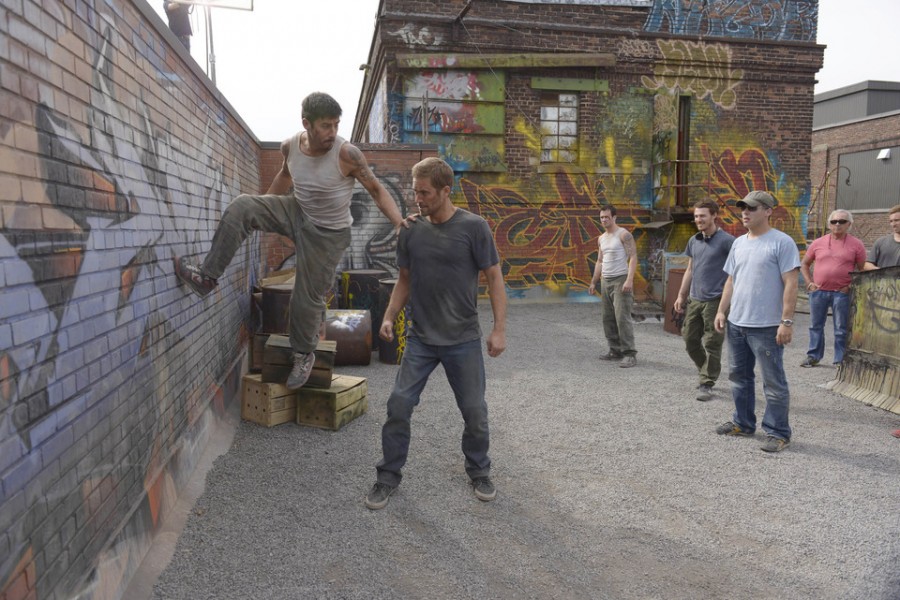 Walker does his best to plod through his less than ground-breaking character, but even the perpetually charming actor cannot help but look a little annoyed with some of his most cliché lines.

Continuing with the “Fast and Furious” parallels, whereas the 2001 film boosted its street cred by including famous rapper Ludicrous in its cast, Delamarre’s film opts instead for former Wu Tang Clan member RZA. After a largely unimpressive directorial and starring debut in 2012’s “The Man With the Iron Firsts,” the musician doesn’t seem to have made any improvements in the acting department over the past two years. Playing a villainous mob boss named Tremaine, the actor spends the entire film trying to maintain some weird, futuristic street accent instead of playing the part with actual passion. 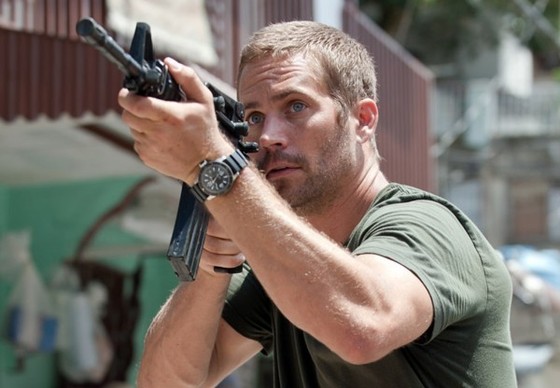 Yet, more than the D-level acting from its cast, the most disappointing aspect of the film has to come from its unbelievably awful script from “Taken” writer Luc Besson. For a screenwriter that penned such harrowing tales as “Leon: The Professional” and “The Fifth Element,” it comes as a surprise that this story is so unapologetically campy.

Continuing with the horrendous behind the camera work, Editor turned Director Camille Delamarre tries his hardest to jump cut and handycam his way to an entertaining motion picture. Nonetheless, no amount of edgy action filming can save this total bust of a story.

If it weren’t for the passing of the late Paul Walker, director Camille Delamarre’s “Brick Mansions” would have easily slipped into B-Movie obscurity. It’s simply not a good film. The acting. The writing. The cinematography. Everyone involved looks like they’re simply looking to cash in their paychecks and move on with their lives.

In a perfect world, Walker would have been able to do just that. Try as we might, however, there’s no changing the fact that life isn’t perfect and that it’s impossible to bring back the action icon. So, where does that leave us? If you’re a die hard Paul Walker fan such as myself, then you dry your tears, redefine your definition of “coherent story,” and buy a ticket to see one of the last performances from a dynamic Hollywood star.