Imagine Dragons To Release Next Album: Smoke + Mirrors This February 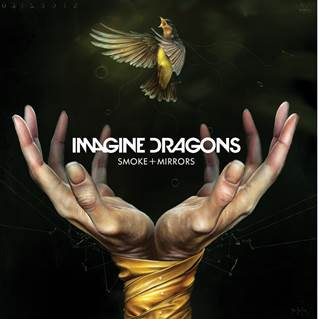 A standard version of Smoke + Mirrors is now available for pre-order on iTunes. Those who pre-order the standard edition receive instant downloads of the album’s first single “I Bet My Life” and the song “Gold.” In addition, an exclusive deluxe edition available only at Target, featuring four extra tracks and exclusive cover art, will go on sale in stores and on Target.com on February 17th. That version can be pre-ordered on Target.com beginning today. Fans can also pre-order a limited edition “art box deluxe” version of the album HERE. This format includes lithograph prints designed by artist Tim Cantor for every song on the album as well as an oversized album booklet in a collectible box.  Those who buy the limited edition gain early access to purchase tickets for the band’s 2015 tour.  A standard version will be available at other retailers for digital download, streaming via subscription services and on CD/ vinyl.

Watch a trailer featuring footage of the making of Smoke + MirrorsHERE.