Movie Review: A Mediocre Reunion For "Dumber And Dumber To" 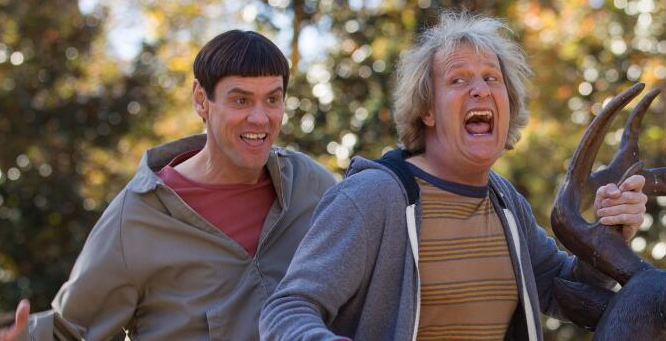 Let’s get the big question out of the way. Is "Dumb and Dumber To" as funny as the original? The answer is 'no.' Not even close. Some comedy sequels only set out to recreate and reiterate what people loved about the first one. “Dumber To” is somewhere in this field, but with at least some variation to give it its own flavor.  That’s not to say this sequel doesn’t play off the first one a lot. Half the jokes would probably be lost on someone who hasn’t see the first movie. There are plenty of references and callbacks, which unfortunately, mostly serve to remind viewers of a superior execution. To its credit, “Dumber To” definitely feels like a continuation of Harry and Lloyd’s story, but to its detriment, the jokes and gimmicks just aren’t as funny.

“Dumber To” takes place twenty years after the original, but Lloyd Christmas (Jim Carrey) and Harry Dunne (Jeff Daniels) really haven't changed at all. This time Harry finds out he has a daughter in her early twenties that was adopted as a baby. So with a sense of fatherly responsibility (and a need for a kidney), he enlists the help of his best friend Lloyd to help track her down. Lloyd's interest wanes early, but is quickly rekindled after seeing a picture of Harry's cute daughter and he quickly becomes smitten. There's also a sub-plot involving a murderous wife and an inheritance that the guys get involved in, but really any kind of plot in this movie is just there to service road trip antics and gross-out gags. 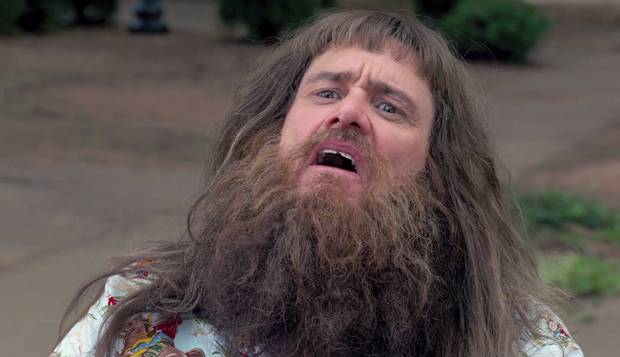 Carey and Daniels easily slip into their lovable goofball roles. The beginning of the film serves mostly to remind the viewer of the world and the characters and is easily the weakest part of the movie (doesn’t help that the opening joke is revealed in the trailer). The movie picks up some when the plot starts rolling. Structurally, it’s the same as part one: a reason to go on a road trip. But least as the movie moves along there’s different characters and set-pieces. Long before the film’s serviceable, but unspectacular end, as the mild amusements and acknowledging laughs pile up, it becomes clear that nothing is going to push this movie above mediocrity and it will certainly keep well clear of the appreciation of it’s predecessor. It doesn’t diminish the reputation of the original, but it’s not exactly building upon it either.

“Dumb and Dumber” was a comedic revelation when it was released. This was at the onset of Carrey’s rise to super-stardom, with "Ace Ventura" and "The Mask" coming out the same year. Which is also part of the reason why Jeff Daniels never gets the attention he deserves for his amazing performance as Harry. Not to take away anything from Carrey, but Daniels was/is a legit, established actor, not a comedian, and he’s incredible. The 1994 “Dumber” was also the first feature of filmmakers Peter and Bobby Farrelly, who then went on to make "Kingpin" and "There’s Something About Mary." “Dumb and Dumber” is a revered classic that became a much talked about and instantly quotable film. A shorthand for like-minded comedy-lovers. 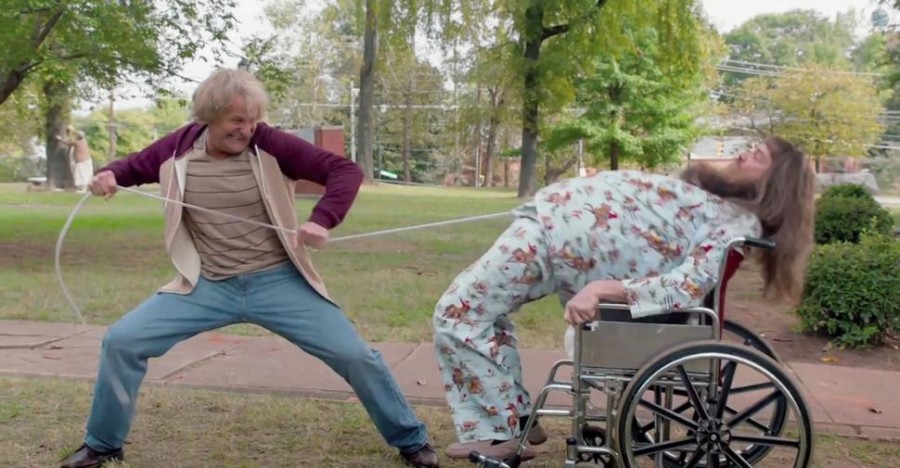 Given its long-held status, it’s not a ridiculous notion that perhaps the premise has just lost some of its luster in the years since. Where this notion fails, is the fact that while yes, the new “Dumb and Dumber” doesn't deliver gut-wrenching laughs; the first is still achingly hilarious. Seriously. If you haven't seen it in a while, check it out again. It's probably on cable right now.

For the sake of pure enjoyment, you’re better off just watching the original again. If you’re just curious to see what these two dummies are up to, it could’ve been a lot worse than “Dumb and Dumber To.” It's sort of like visiting a childhood best friend or an old college buddy; there might not be the same spark, but there's a familiarity and memories of good times, that still make it nice to catch up.

Film
"Dumb And Dumber To" Aced The Box Office