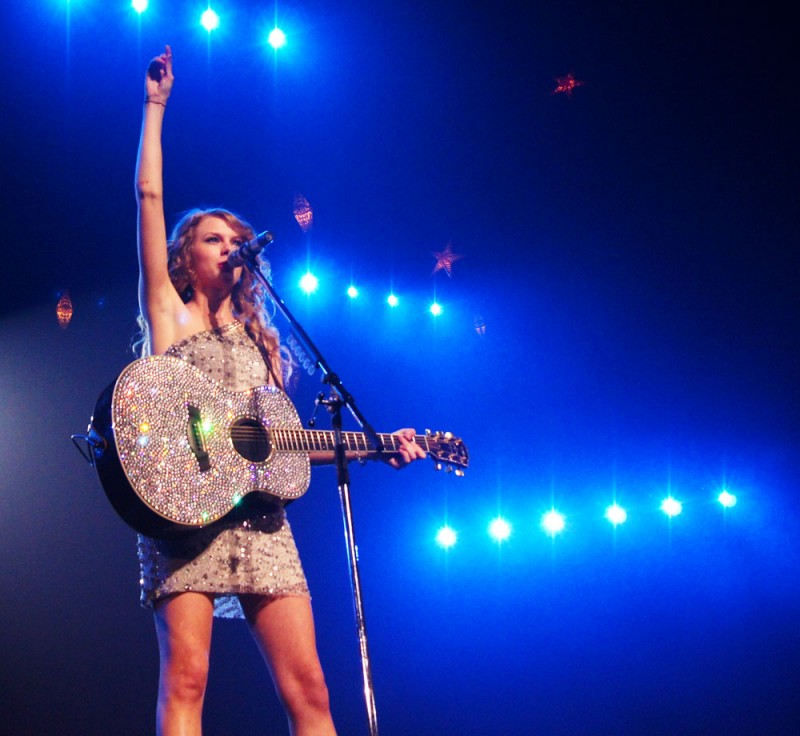 L.A. residents are being warned to avoid Hollywood like the plague, because superstar pop/country singer Taylor Swift is taking over Hollywood Boulevard, much to the delight of fans and the chagrin of local drivers. The busy Los Angeles street will be closed Thursday October 23, for the “Shake It Off” singer to perform an outdoor concert on “Jimmy Kimmel Live.” Thousands of super-excited fans began crowding into the area Thursday morning and posted pictures of the crowds on Twitter. But not everyone is thrilled about Taylorgeddon. Traffic was re-routed in the area, which is standard when there’s a huge event on the boulevard. Still, it causes major traffic headaches. The show airs tonight at 11:30 PM on ABC.