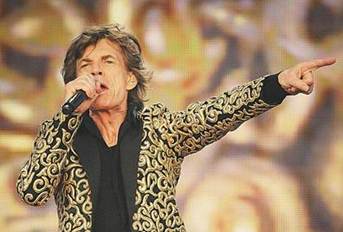 SHOWTIME is creating a new destination for music documentaries on Tuesday nights on SHOWTIME 2, airing the compelling Music Makers Collection, which includes titles from some of the greatest musicians of all time. This collection gives a profound and unique insider's perspective on superstar artists and bands including Billy Joel, The Rolling Stones, Bruce Springsteen, David Bowie, Genesis, The Eagles, Green Day and Bob Dylan. After the documentaries make their original debut on SHOWTIME, they will air on SHOWTIME 2 in their new home, every Tuesday night at 10 p.m. ET/PT.One of the most captivating upcoming titles includes the SHOWTIME original documentary LOST SONGS: THE BASEMENT TAPES CONTINUED, which will premiere on SHOWTIME on Friday, November 21st at 9 p.m. ET/PT and encore on SHOWTIME 2 on Tuesday, November 25th at 10 p.m.

Additionally, LEAVE THE WORLD BEHIND: SWEDISH HOUSE MAFIA'S FINAL TOUR, which debuted at the 2014 SXSW Film Festival, will premiere on SHOWTIME this Friday, October 24th at 9 p.m. and on SHOWTIME 2 on Tuesday October 29th at 10 p.m. The documentary follows the breakup of Swedish House Mafia and their subsequent One Last Tour, the largest electronic tour in history, selling over one million tickets in one week. Other upcoming titles featured in the SHOWTIME 2 Tuesday night destination include SPRINGSTEEN & I, THE ROLLING STONES: SWEET SUMMER SUN, DAVID BOWIE: FIVE YEARS, LAST DAYS HERE, BIG EASY EXPRESS and many more. For more information on the powerful lineup of Music Makers documentaries, visit: http://s.sho.com/MusicMakers.