Emeli Sandé Is Riding The New Wave Of The British Invasion 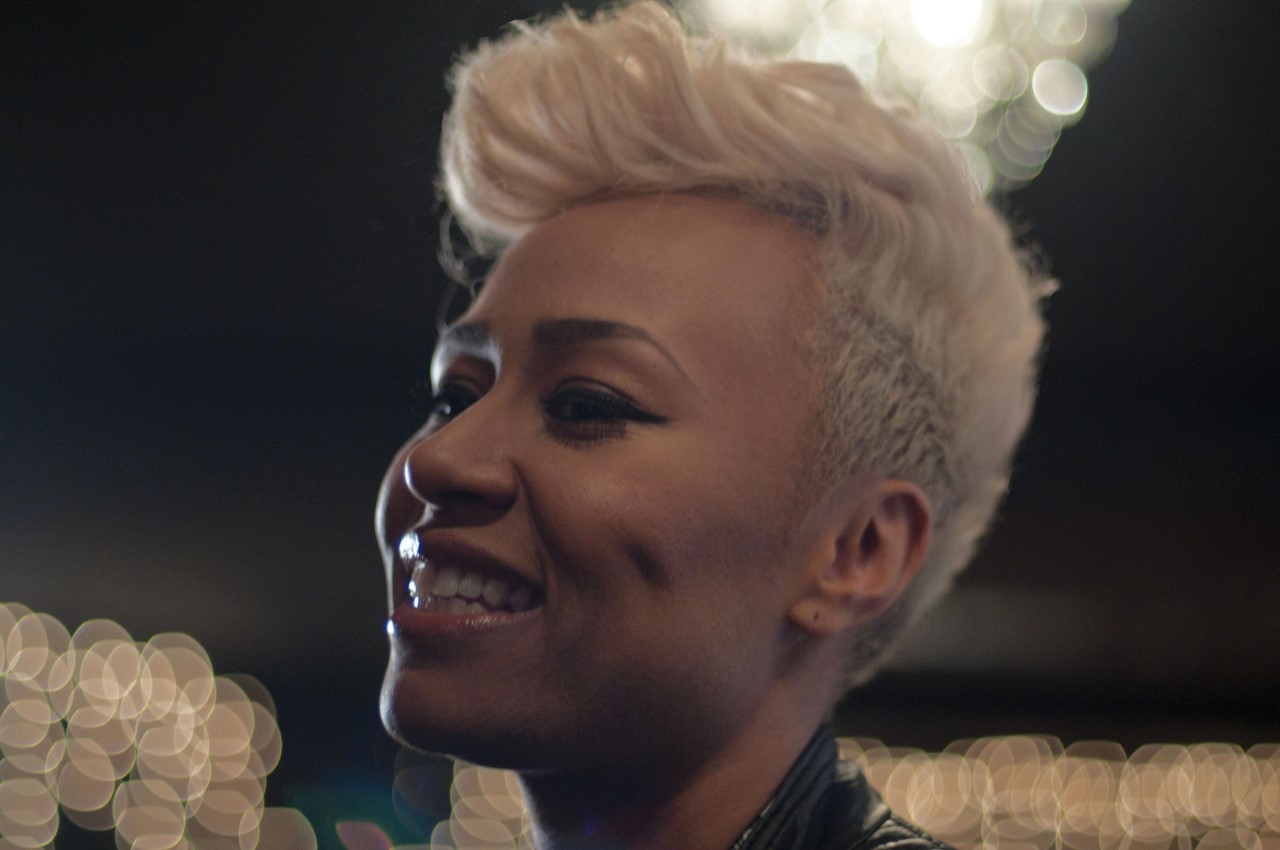 “This week has just been, well, cool,” Emeli Sandé told me as we chatted in the darkened basement of the Sunset Strip’s Key Club, golden string-lights hung up around us. Fresh from her flawless sound check for the live streaming Myspace concert taking place that night, the British singer was dressed in a casual outfit of sneakers and a black leather jacket.

Peppering in classic British expressions such as “wicked,” Sandé beamed, as she told me about all the things she had done since arriving in the states a few days before the show. Hearing about her headlining at the exclusive pre-Grammy Clive Davis party, her experience at the award show, and her promotional stops along the way was enough of a whirlwind in itself. But this all pales in comparison when you realize what’s been going on across the pond for this petite blonde-mohawked star.

Though Americans are just now starting to hear about her, those in the U.K. have been singing her praises for quite some time. This year, Sandé is leading the pack with a staggering four Brit Award nominations for 2013, which doesn’t really come as a surprise considering that her double platinum debut album, “Our Version Of Events,” went to #1 in the U.K. She has landed three #1 hits in England (“Read All About It,” “Next to Me” and “Beneath Your Beautiful”), she performed at the 2012 Olympics, and was the recipient of the prestigious Brit Awards Critics' Choice Award in 2012. Her pop star status is undeniable in England. As Mumford and Sons picked up one of the most coveted awards (Album Of The Year) and Adele took one more home to add to her mounting collection, this year’s Grammys proved that the American scene is ripe for British talent. 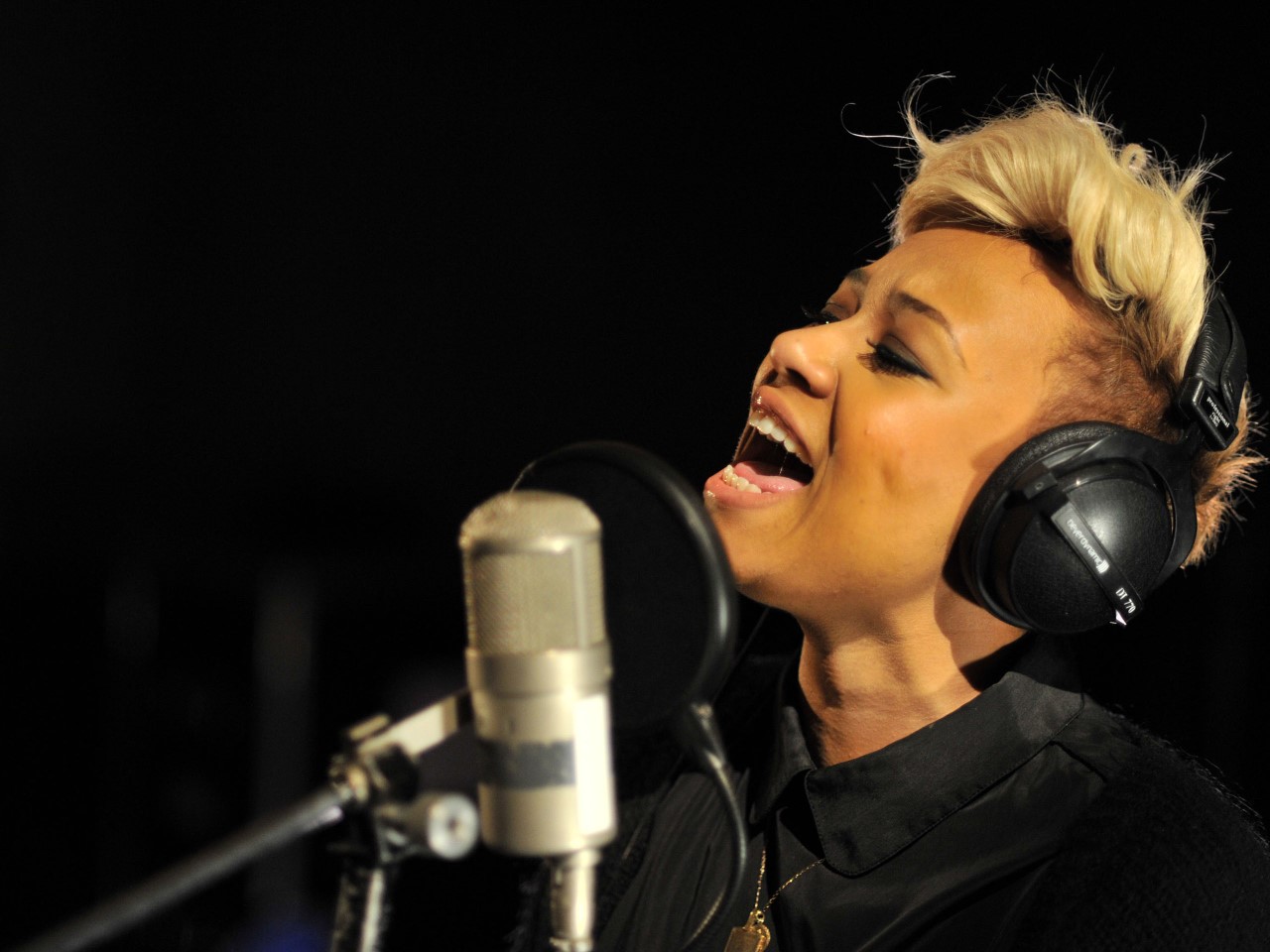 Now that Sandé is trying to make it in the U.S. she is virtually back at square one. But she doesn’t mind. “It’s actually been fun,” she said of her push to break into the American music scene. “I’ve been getting in the mindset that this is the very beginning again, and you have to reintroduce yourself. All the shows [in the U.S.] have been so raw.”

Sure, at the beginning you have to endure relentless promotional events and readjust to the fact that people might not recognize you, but that also lends itself to being able to redo some of the fun parts of starting out as a musician. “You know,” she said pausing to think, “In America people think of you as that artist that they just found that nobody else knows about, and they want to keep it a secret and I love that. It’s raw and I really missed that in the UK.”

Still, the leap across the Atlantic hasn’t been easy. “Back home you get played on Radio 1 and the whole country hears you, over here you get played on one radio station and maybe a tiny part of one state hears you.” The sheer number of people you have to reach (the U.S. population is 315 million to England’s 63 million) is certainly a hurdle when it comes to making a name for yourself.

The U.K. also differs in its freedom to test out new styles and merge different music. “There are more options in the states- everything’s bigger here. But in the UK a lot of different genres mix more than over here. We’re able to experiment more there. But for me, singing live is the same thing no matter where you are; it’s just people connecting to your music.” 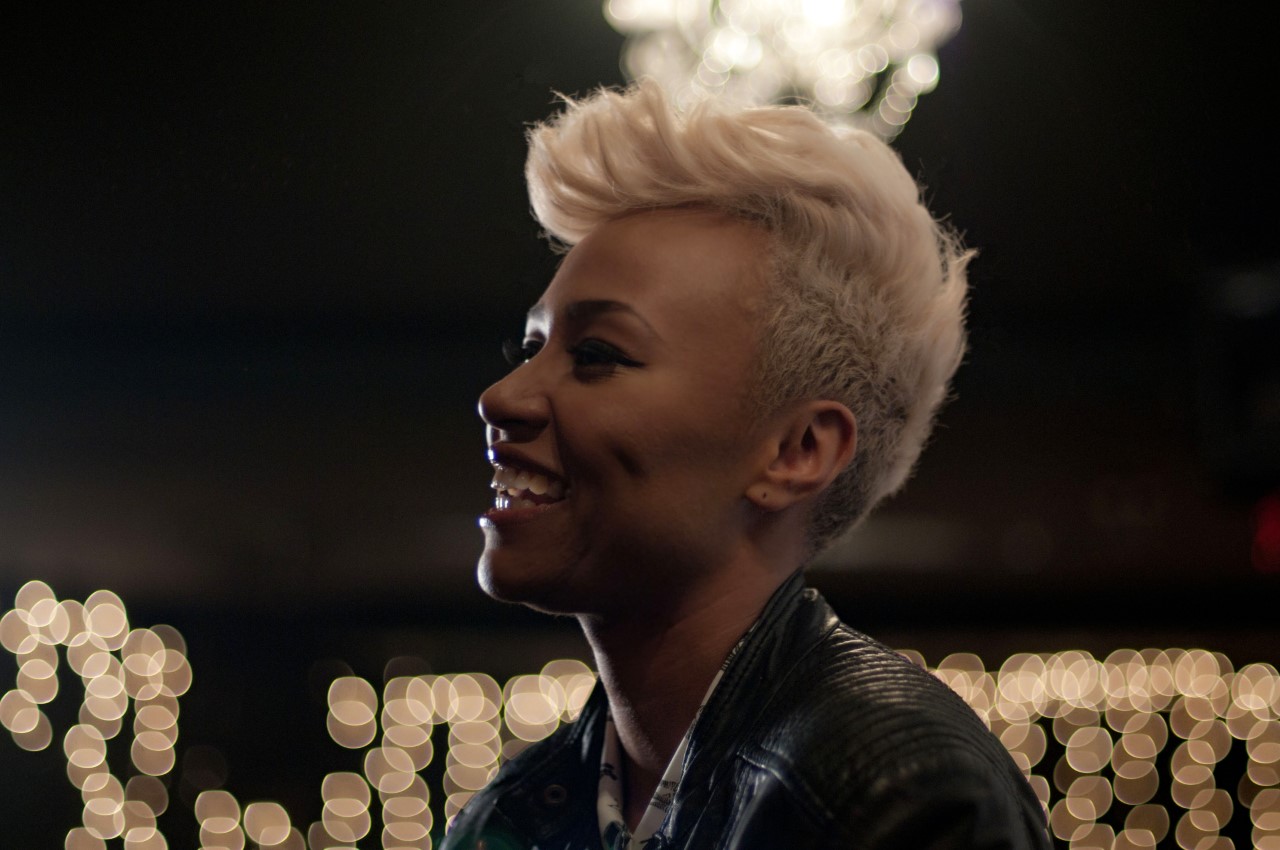 Her fans aren’t the only ones that connect to her music. Sandé is a seasoned songwriter who has crafted impassioned tunes for the likes of Leona Lewis and Rihanna. “It’s really cool hearing others sing your words with their own interpretation because there’s a way you sing it on the demo when you send it over, but then when you hear them it’s like they’ve really made it their own and they’re telling their story through your lyrics. It’s a great feeling.”

The stories she creates with her verses are born out of a variety of different experiences. Though she’s always been committed to music, this multi-talented woman hasn’t always made singing her first priority, first deciding to get her degree in (of all things) neuroscience. Putting off a full time pursuit of music might have been risky, but it’s definitely one she’s glad she took, the soft-spoken singer told me.

“I loved music from when I was a kid and it was always my ambition to pursue it, but I wanted an education first. I wanted stability and options in my life. I knew eventually I’d go into music, but I’m so happy that I have my degree. I saw another world, you know? I know another part of life.” The eye-opening and occasionally emotionally draining world of medical school at the University of Glasgow influenced both her perspective on life and the way she approaches music, allowing her to be more disciplined and tenacious in her songwriting. In fact, her song “My Kind Of Love,” was inspired by a lot of the patients she worked with during her time as a student.

Getting a degree is certainly admirable, but once you hear Sandé open her mouth to sing, letting her intimidatingly perfect voice spill out, the choice to be anything other than a musician simply isn’t comprehensible. With a thick supple voice capable of enviable range and a powerful force that never shows signs of cracking, Sandé is truly an amazing artist.