Alicia Lagano Is Living It Up On "The Client List" 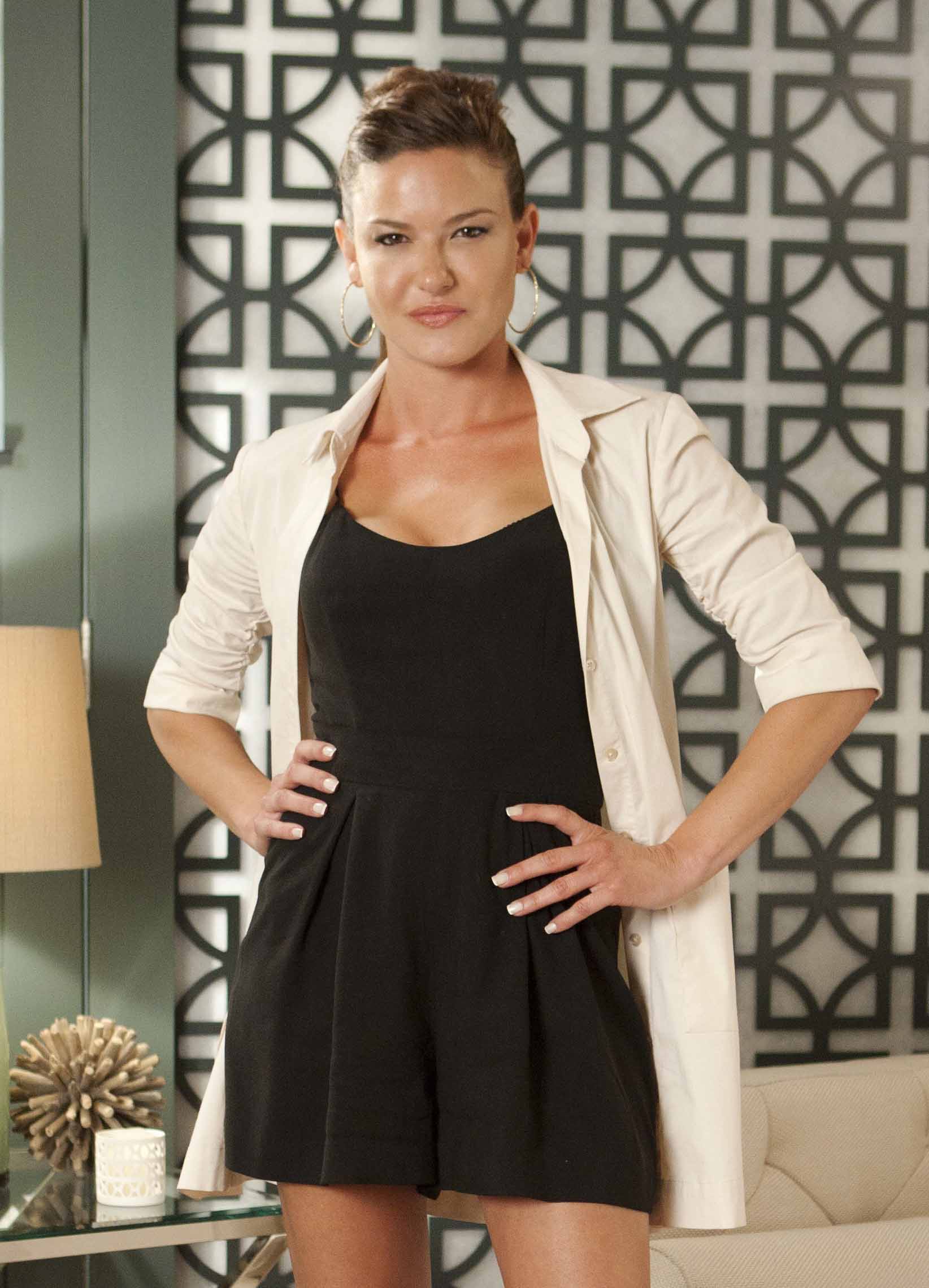 A few strong Texas women have taken over the Lifetime channel in "The Client List." The hit series, now in its second season, follows Riley Parks (Jennifer Love Hewitt) who is deserted by her husband and left in financial straits. In desperation, she takes a job at a seemingly traditional day spa only to learn that sexual favors are being offered on the side. New threats abound this season with drama and secrets boiling over. Alicia Lagano portrays the sassiest member of the cast, Selena Ramos. She may be a masseuse at the salon, but she likes to spice things up a bit with her "extra services." Like many characters with tough exteriors, there is always something more beneath the surface. LATF chatted with Alicia about the latest season and her experience on the show. The Brooklyn born actress got her start in the Lifetime movie, "The Truth About Jane," before being cast in NBC's "All About Us." Since then, she has appeared in countless TV series, from "Dexter" to "Prison Break," "The Mob Doctor," "Lie to Me," "Ghost Whisperer" and most recently tried her hand at voice over in the animated feature film, "Paranorman." Just as "The Client List" is in the heat of season two, Alicia gives us the scoop...

The second season has already boiled over with drama. What more can we expect in episodes 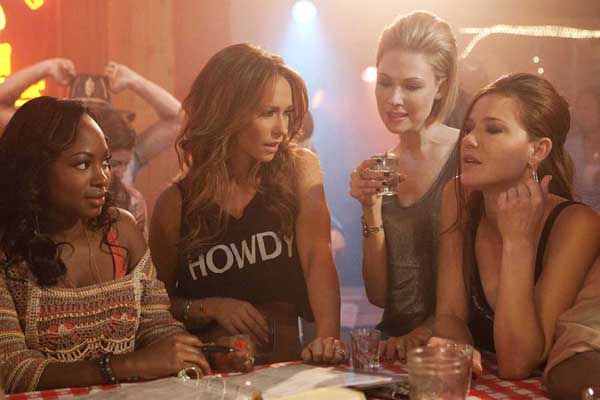 to come? What can you reveal?

Alicia: The main thing going on are the relationships that are developing with everyone; new characters coming in, with me and Jennifer’s characters, and of course she and her husband and her other men and clients.  So much happens this season that I’m always afraid I’ll get in trouble if I give anything away!  Of course, it would seem obvious to me that Selena gets a love interest at some point, right?  But you’ll just have to tune in and watch!

Selena seems to be turning a corner with Jennifer Love Hewitt’s character. Do you think this is the ‘beginning of a beautiful friendship’?

Alicia: I can’t say it’s a friendship, but we’re in the same boat and she now has a little bit more respect for me because of what she’s doing. How can she be judgemental towards me working at the Rub when she’s also working there and balancing family?  We’ve developed a mutual respect and camaraderie and she understands me and my decisions a little more. 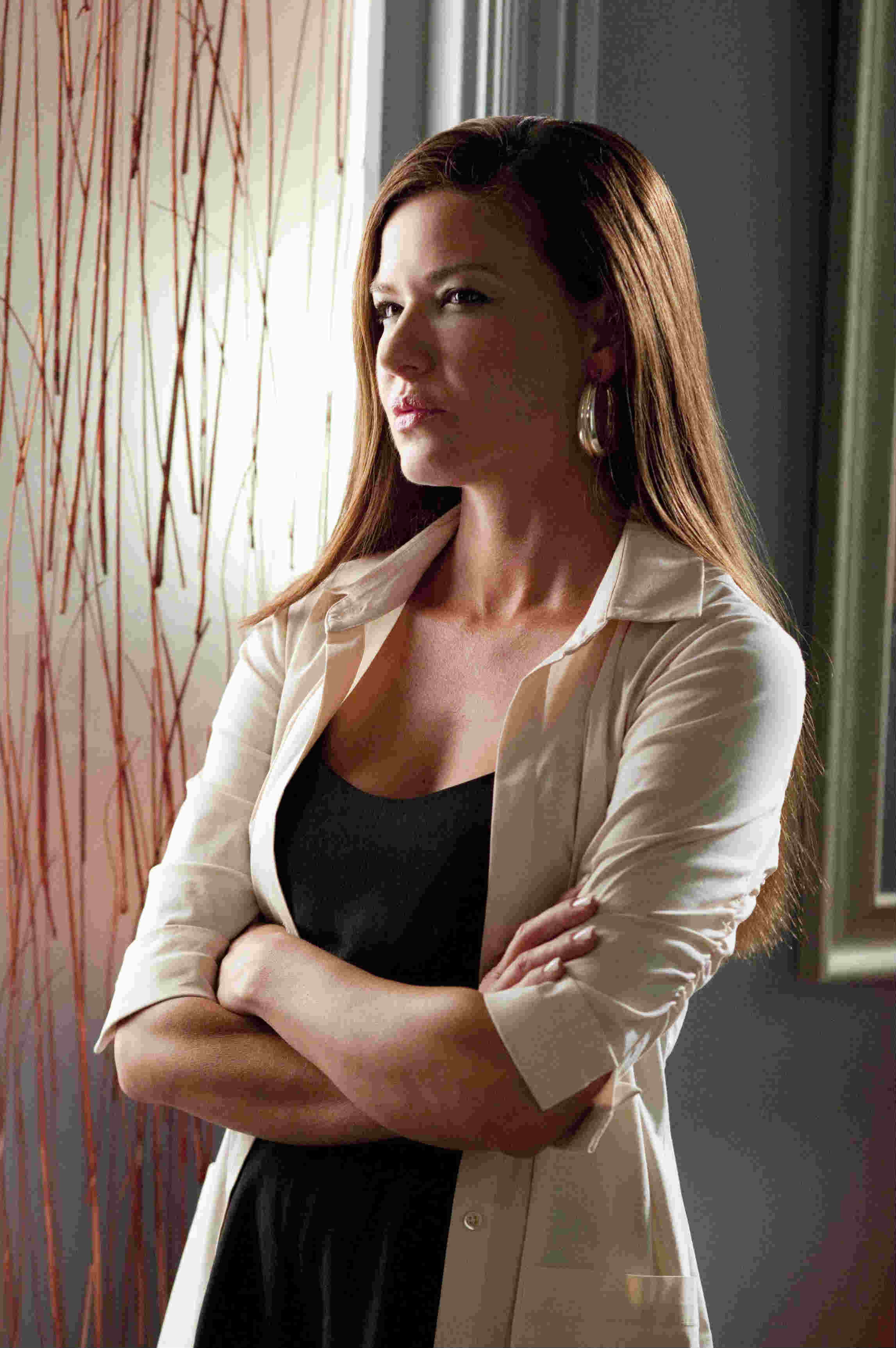 I thought Selena would have put up more of a fight with Riley to run/take over The Rub. Is she backing down?

Alicia: No, I’m not backing down. I liked the relationship with Georgia running things and me just showing up and reaping the rewards. I really just want to keep my position, as the masseuse who’s been there longer and gets first dibs on clients. Selena is a gal who likes to come and go as she pleases, wants to take off to go shopping, and definitely doesn’t want to stick around and do paperwork!

Your character is, on the exterior, a strong/independent woman; almost a “Samantha” type from ‘Sex and the City’. Do you have a back story for Selena?

Alicia: This season, Selena’s backstory is revealed more... slowly throughout.  At first, we see the past in terms of her working relationships revealed.  As the season goes on, more personal details from her past come to light, experiences that will show the audience that she’s been hurt and is more than just plain mean.

How is the cast chemistry? Are you close?

Alicia: We are very friendly – there is just no ego!  We love the new cast members, and we all just sit around and have fun and play.  We’re always there for each other especially as actors, there are no stand-ins sent over when it’s time for the other actor’s coverage, which is really great!  The crew is great, and are all very tight from when they did Jennifer’s show “Ghost Whisperer.”  They’re fun, and a lot of times even when I’m not working I’ll get a text and the cast and crew will be down the street at this local Irish pub, so I’ll go meet them and hang!

Do you have any ‘on set’ anecdotes you can share with us? 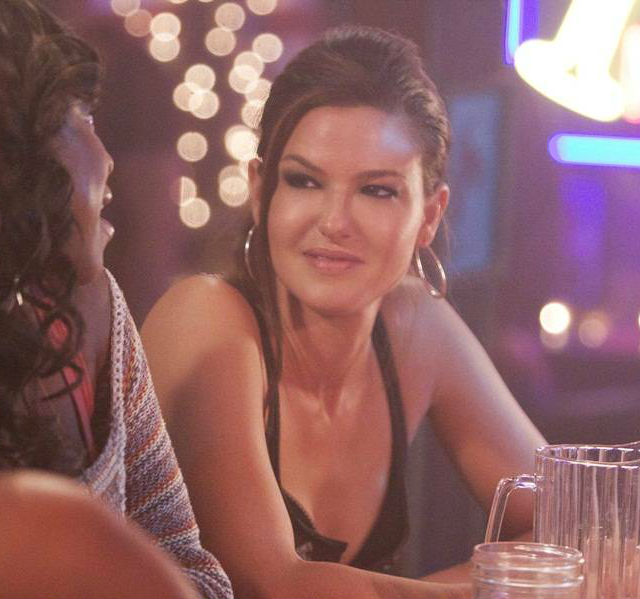 Alicia: What’s funny about us is that we see more naked men on the show than they see us naked – it’s total reverse sexual discrimination!  We always joke that we’re all dirty girls and the poor guys on the show have it worse!

This is not your first time working on a Lifetime project. You started in the MOW “The Truth About Jane.” Did the same creative team bring you in for “The Client List” or was that just a coincidence?

Alicia: It’s just a coincidence in terms of the Lifetime connection, but the “Ghost Whisperer” connection – I did a guest star early in the show’s run – was probably more of a factor.  Jennifer likes to work with people she’s comfortable with, so you see a lot of the people on the show who have starred in “Ghost Whisperer” as well, which I think is a cool thing.  Obviously, it never hurts to have worked for the network before either!

As an actress who has worked primarily in Television, you have been directed by many different directors. What is the biggest challenge?

Alicia: I think conflicting styles can be the biggest challenge. I have a certain style of acting, and it works very well with certain directors. Others, it’s more of a challenge. I love notes and guidance and direction. If a director gives me a general sense of where the scene needs to go, I’m all good!  I like that level of trust that certain directors place in their actors. I have a harder time when there is too much direction because it makes me think too much and I can lose track of how to make the scene seen natural.

I read that you have a passion for dogs! What kind do you have and do you work with any charities/shelters?

Alicia: I love my dogs, my boys!  Nunzio, “the Italian one,” is a black lab and Lucky is shepherd/lab mix that is pure white. They’re great friends – they chase each other all day long trying to steal each other’s bones!  They’re brothers.  I support Panda Paws Rescue (www.pandapawsrescue.com), a non-profit pet rescue, rehab and hospice;  Nunzio I took from a family member after he was attacked by another of their dogs, and Lucky was a rescue from the pound in Palmdale, CA.

Can we expect to see you in any other projects in the near future?

Alicia: Right now, my focus is on the show. We’re still shooting it into late April.  After that, I’ll be out and excited to score my next gig, but nothing on tap for the moment.  Pretty soon I’ll be back to auditioning for some new and interesting parts, and I’m hoping to do some more great film work.

Television
"The Game" Kicks Off Season 6 With A Bang

Television
"Game of Thrones" Will Reign For Season 4

Television
"Hot In Cleveland" Gets Hotter With 5th Season Renewal

Television
AMC Ratings Through The Roof