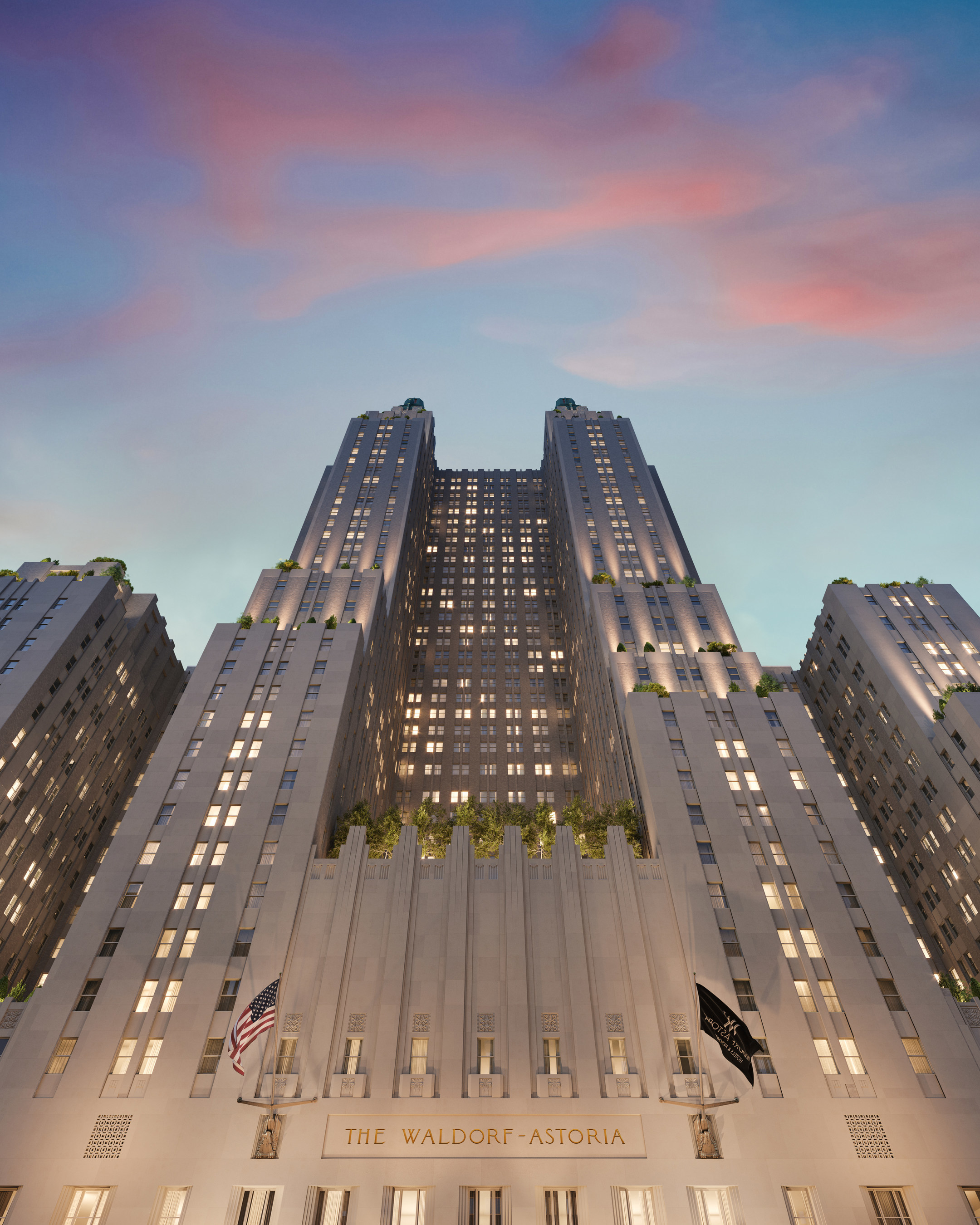 Today the iconic Waldorf Astoria New York has launched Waldorf Stories, a brand-new website that will honor, document, and preserve the oral history of the world's most famous hotel through stories told by the people that lived them—the guests, visitors, and staff who have experienced special moments at the legendary building on Park Avenue. Waldorf Stories is an open call to the public to submit their personal memories to www.WaldorfStories.com, where select stories will be featured for the world to see and appreciate. A winning entry will be chosen and awarded the grand prize: a "Weekend at the Waldorf" for two: an opportunity to be one of the first guests to stay at the hotel when it reopens in 2023, including a VIP stay at the hotel with specially curated experiences.

Waldorf Stories is a celebration of the property's 90th Anniversary on Park Avenue, which is commemorated on October 1st the date the Waldorf Astoria opened in 1931. With Waldorf Stories, the public is invited to submit their stories through a variety of mediums on the website, including uploading videos, photographs, written testimonials, and scanned memorabilia. Entries from around the world are welcome and individuals are encouraged to share special memories, life events, and indelible moments that took place at the hotel.

"When we purchased the legendary Waldorf Astoria, we knew we were taking on the mantle of preserving its great history. We are celebrating the hotel's 90th anniversary by capturing its history through the memories of the people who have walked its hallowed halls," said Andrew Miller, CEO of Dajia US, which is overseeing the property's unprecedented restoration currently underway.

The Waldorf Astoria has been a beacon of timeless glamour and a cultural touchstone throughout its decades in New York City—home to Hollywood's elite, host to countless world leaders including every U.S. President from Herbert Hoover to Barack Obama, and the site of famed cultural events and galas. An integral part of Waldorf Stories will be capturing memories ranging from everyday meetings to decade-defining events.

At launch, the Waldorf Stories website will feature a selection of carefully curated stories from individuals including: Hughie Weir, the hotel's events director from the 1950s through the 1980s, who knew everyone from Cole Porter to Elsa Maxwell; John Clark, who purchased the Cole Porter suite dining table at auction to honor his own family's long history of celebrating holidays at the hotel; Kevin Ryan, whose father was Thomas Ryan, Executive Vice President and General Manager of the Thompson-Starrett Company, the construction company that built Waldorf Astoria in 1931; Abbie Newman, whose first job was in the housekeeping department; and Jennifer & Nick Boccagno, who celebrated their wedding at the Waldorf Astoria by leaving a time capsule hidden in their wedding suite.

When it opened in 1931, the Waldorf Astoria was the largest and tallest hotel in the world—built during the Great Depression in only a year. Renowned architects Schultze & Weaver were responsible for the design of the original building which became known as the "unofficial palace of New York" and set an architectural benchmark with its Art Deco design. On opening day President Hoover delivered a congratulatory message from the Cabinet Room of the White House via live radio, saying, "the opening of the new Waldorf Astoria is an event in the advancement of hotels, even in New York City. It carries great tradition in national hospitality…marks the measure of a nation's growth in power, in comfort, and in artistry…an exhibition of courage and confidence to the whole nation."

The property is currently in the midst of an unprecedented restoration, undertaken with care by developer Dajia US; renowned architects Skidmore, Owings & Merrill; and hotel interior designer Pierre-Yves Rochon, with great attention given to the original Art Deco design. As part of the restoration, for the first time ever, Waldorf Astoria New York will offer private residences for purchase known as The Towers of the Waldorf Astoria. It will offer 375 residences starting from $1.8 million and featuring sophisticated residential interiors and amenities by internationally renowned designer Jean-Louis Deniot. Douglas Elliman Development Marketing is exclusively handling sales and marketing for the property.